Sometimes, a great disaster can be the catalyst of the greatest change. Time and time again the Earth of the past was reshaped by calamity, until one day, the Earth as it was was supplanted.

Human civilisation was once enjoying the peak of its scientific achievements. Its populace was thriving, its cities were sprawling, companies of industry and research alike reaping the rewards of development however they could, wherever they could.

One such company, its name long lost and forgotten, specialised in robotics, material science and military equipment based off of that research. Built on proprietary technologies, it had established itself with such wealth and influence that it could match nations, even having a military arm all of its own that it would lease to the highest bidder. Hoarding their secrets, they profited off of creating a dependency on their products and monopolising the delivery and maintenance thereof.

Its most recent venture however, prospecting for new minerals to utilise in the shadow of a great volcano, had been met with frustration. But one day, a worker noted what they thought was a sapphire. Bringing it in, it turned out that the blue gemstone was something far more interesting. Preliminary tests revealed multiple promising uses.

Simply being near the crystal seemed to invigorate the scientists researching it, and that itself was soon determined to be a direct result of the crystal rather than simple scientific curiosity. The company ravenously started searching for more, eager to monopolise this new material. Their first attempt to find more brought them to bore into a nearby mountain, but after countless man-hours invested in excavating tunnels, it seemed that this lone crystal must’ve been one of a kind.

This was when someone suggested that the gem may have come from the nearby volcano itself, perhaps expelled in an ancient eruption. The company wasted no time diverting its efforts to this new approach and soon, they found a whole seam of this crystal, enticing them to dig deeper. Many of the company’s own scientists and experts advised against this, but the desire to find more and more material to research and ultimately exploit for profit, won out. 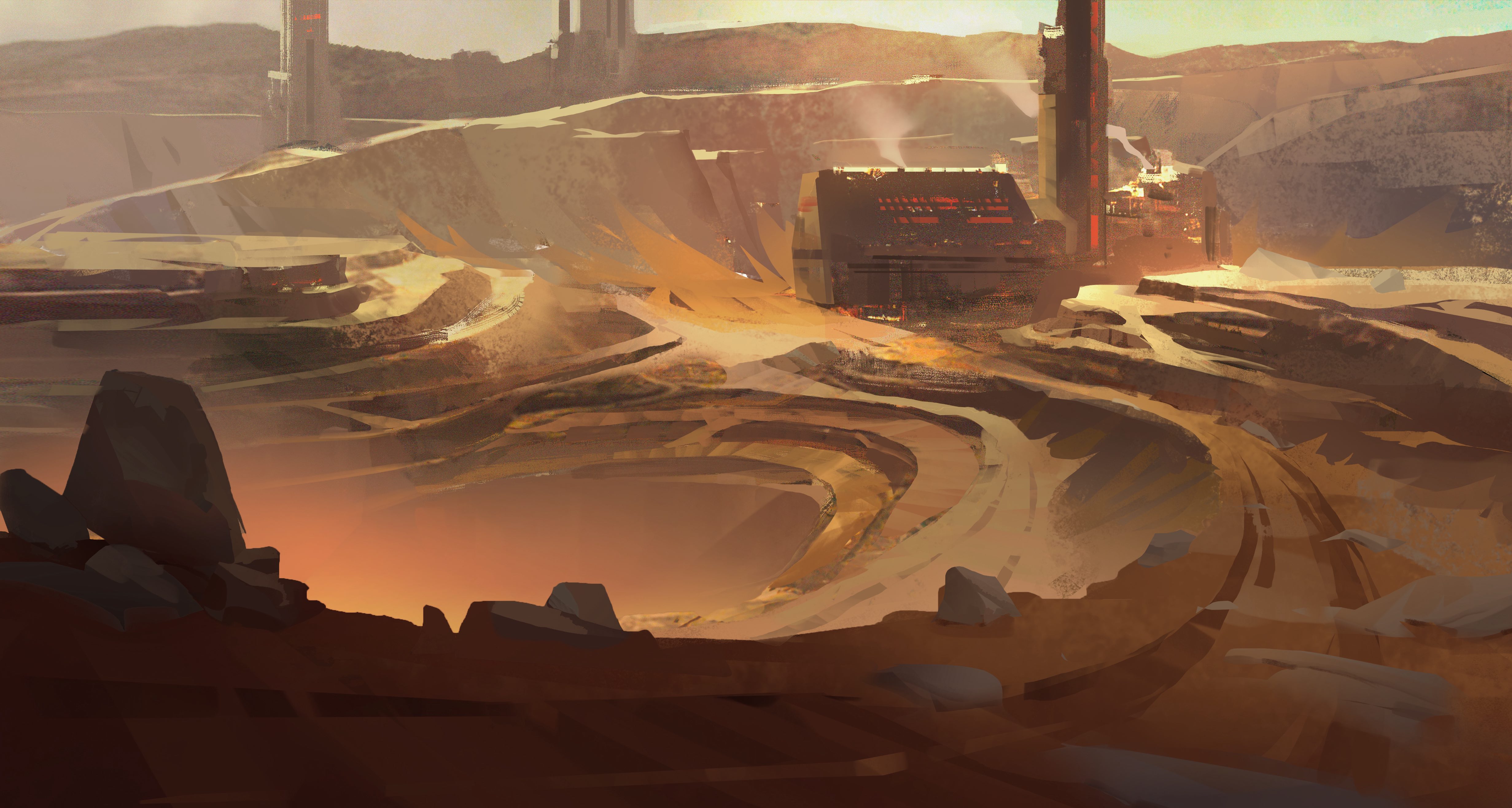 The volcano was bought and closed off, with information regarding this resource isolated and kept from general knowledge, as the company worked on creating something they could monetise. Secrecy was so paramount that the workers and their families were relocated to a new city right by the volcano, so that the company could ensure that none of them would communicate the discovery to their competitors.

Over time, they began to distil gems into a more refined substance, a serum, and through experimentation on animals they found that they could dramatically accelerate evolutionary changes within a specimen, even inducing developments that seemed to border on the magical. Such superstitions were dismissed as ridiculous, of course.

Eventually, they reached a ruin underground, where the vein appeared to end. The walls of the cavern were lined with the crystal, amounting to more than everything that they had excavated prior to that moment. In the centre of the room stood four statues, somewhat humanoid in shape. Their arms clasped to their chests and their hands clutching chains, they stood over a fifth, kneeling below them all, seemingly under the weight of these bonds. A member of the mining and excavation team examining these statues, touched the kneeling figure. 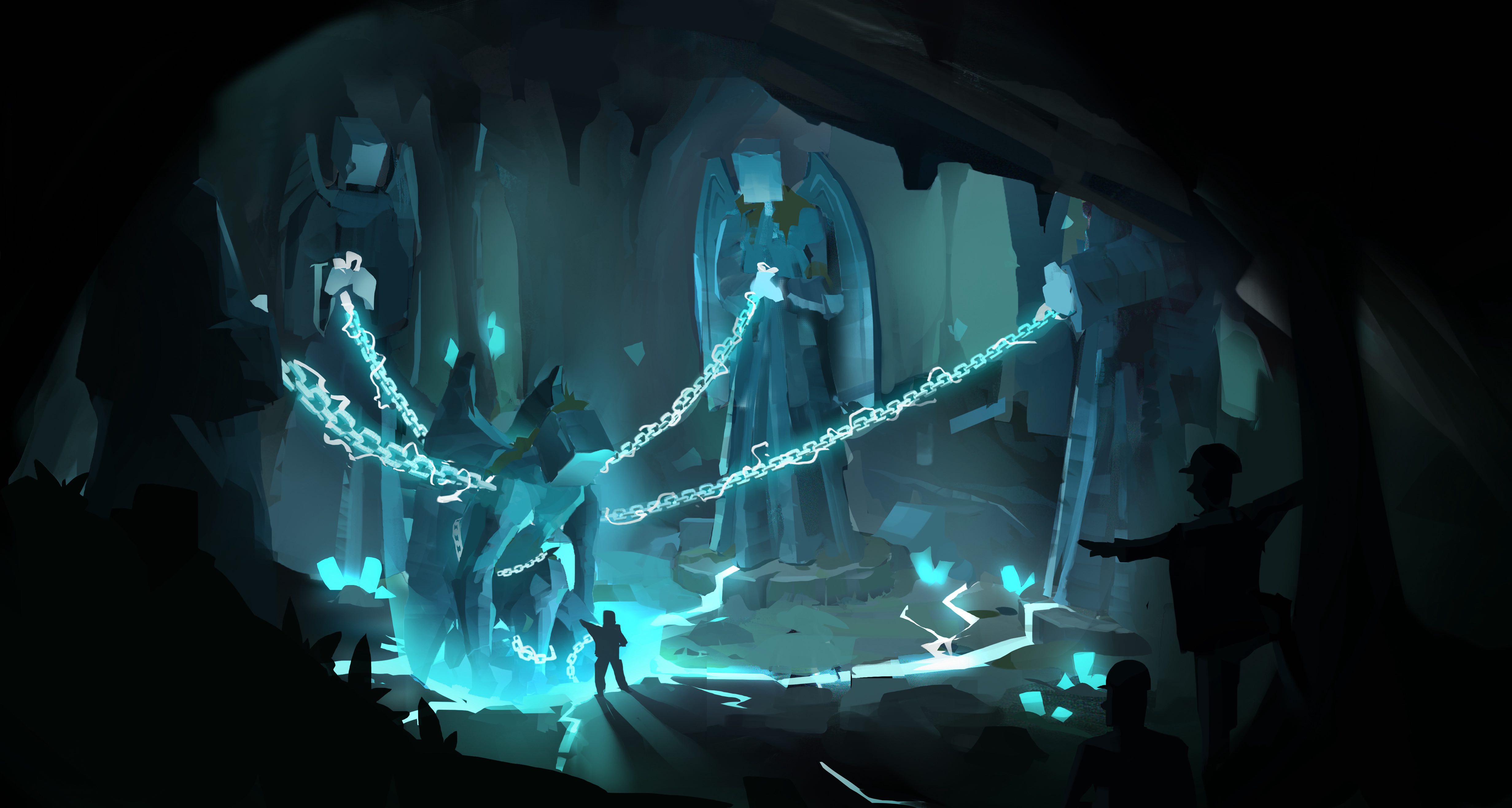 That moment, the first eruption happened. From the mine where the gemstone was harvested, a giant creature tore through the stone and forth from the volcano, attacking the mining city. Mere moments later four more emerged, seemingly chasing the first. The five like no animals known to science, no, they were beasts of legend - dragons. 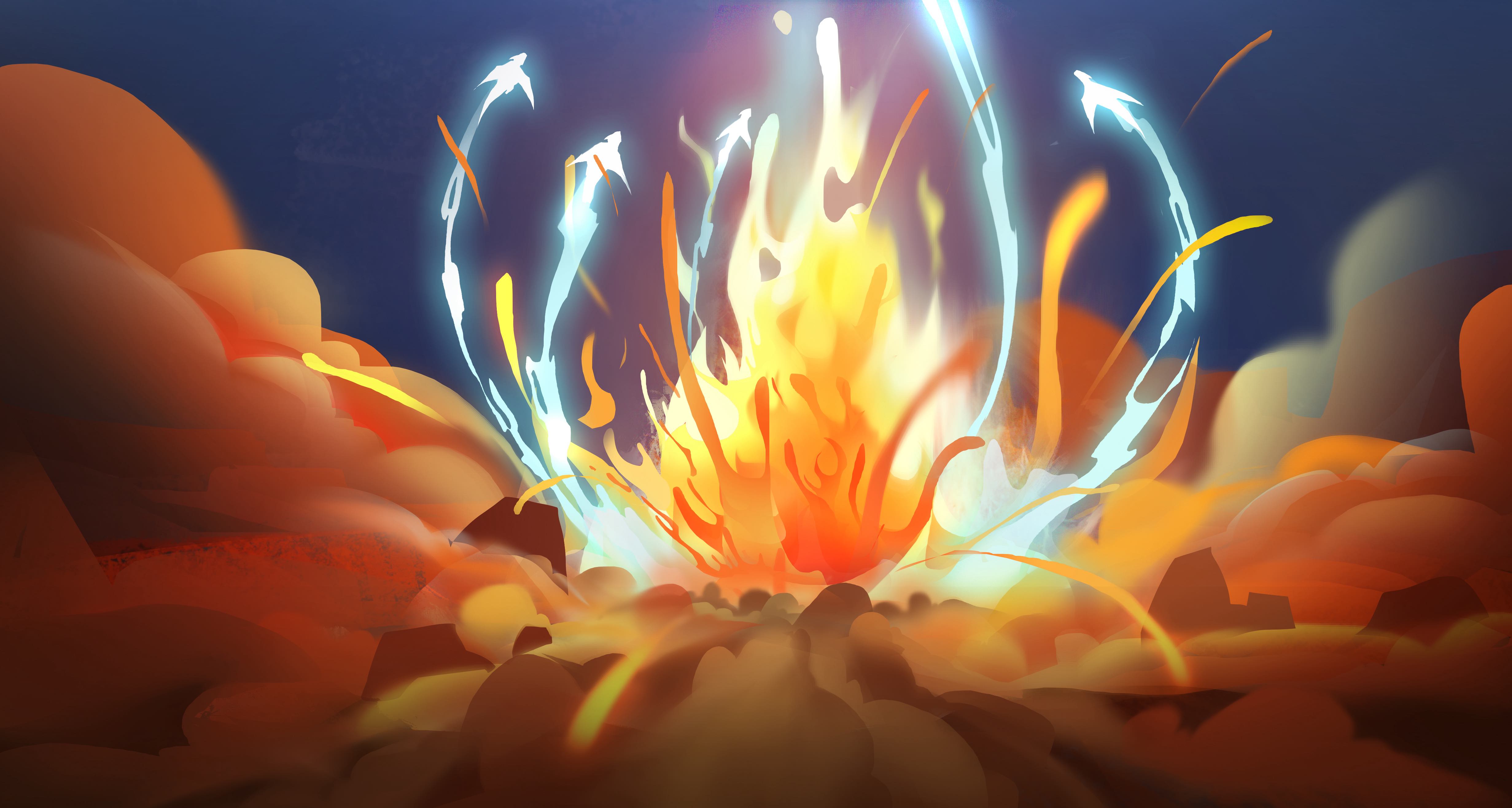 The attacker was driven away and the four pursued, disappearing high into the sky. Then, the true end of the old Earth and its civilisation came. 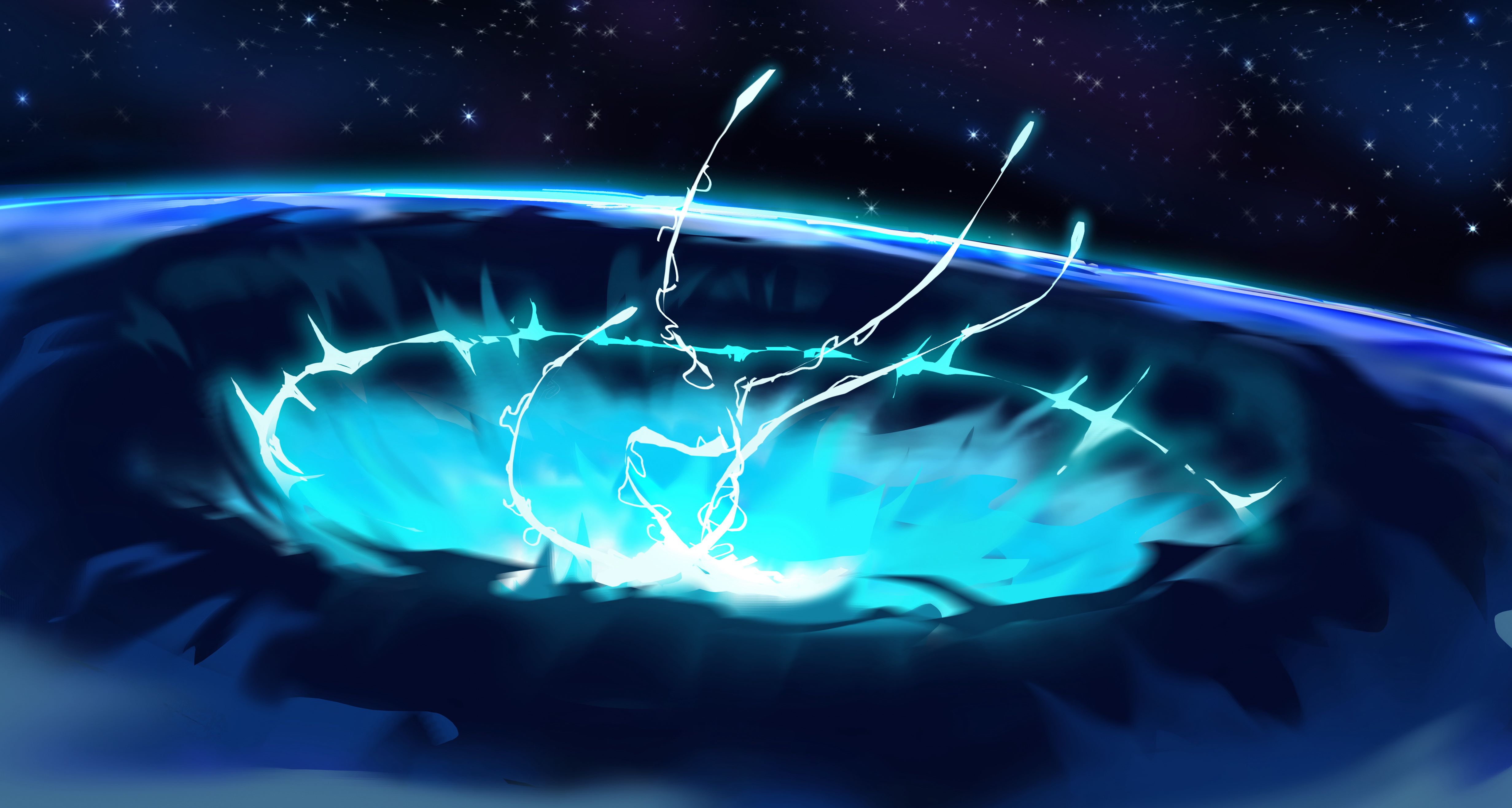 This is when the Ashfall began.

As a consequence of the company’s greedy excavation and the disruption caused to the volcano by the first dragon’s awakening, the mountain roared to life in the most powerful single eruption in geologic history. The pyroclastic flow and the ashes, blue in colour due to the crystal, carried this fine blue dust across the entire planet.

Little by little, the true scope of the disaster began to sink in. While being near the gemstone and the prototype products developed by the company had proven beneficial, it turned out that breathing the pulverised mineral was incredibly harmful. People were embroiled in a desperate scramble to find air filtration and other devices to protect themselves from inhaling the ever-present blue dust, but as always, the supply was never enough and once industry began to collapse, it would only ever decrease.

The population was ravaged by death and mutation as countless unfortunate people were killed by the dust, and those lucky, or unlucky, enough to survive were forever changed. By the time that this eruption had finally ceased and the volcano returned to its slumber, the human civilisation of the time had completely collapsed. Even then, conditions worsened as disease ran rampant, taking an ever more terrible toll.

While this was an end, it was not the end. Humans, if anything, are stubborn creatures. The survivors slowly coalesced into groups, and over the centuries spent clinging on at the very brink of extinction, they slowly began to recover. The world would recover too in time, but it would never be the same. 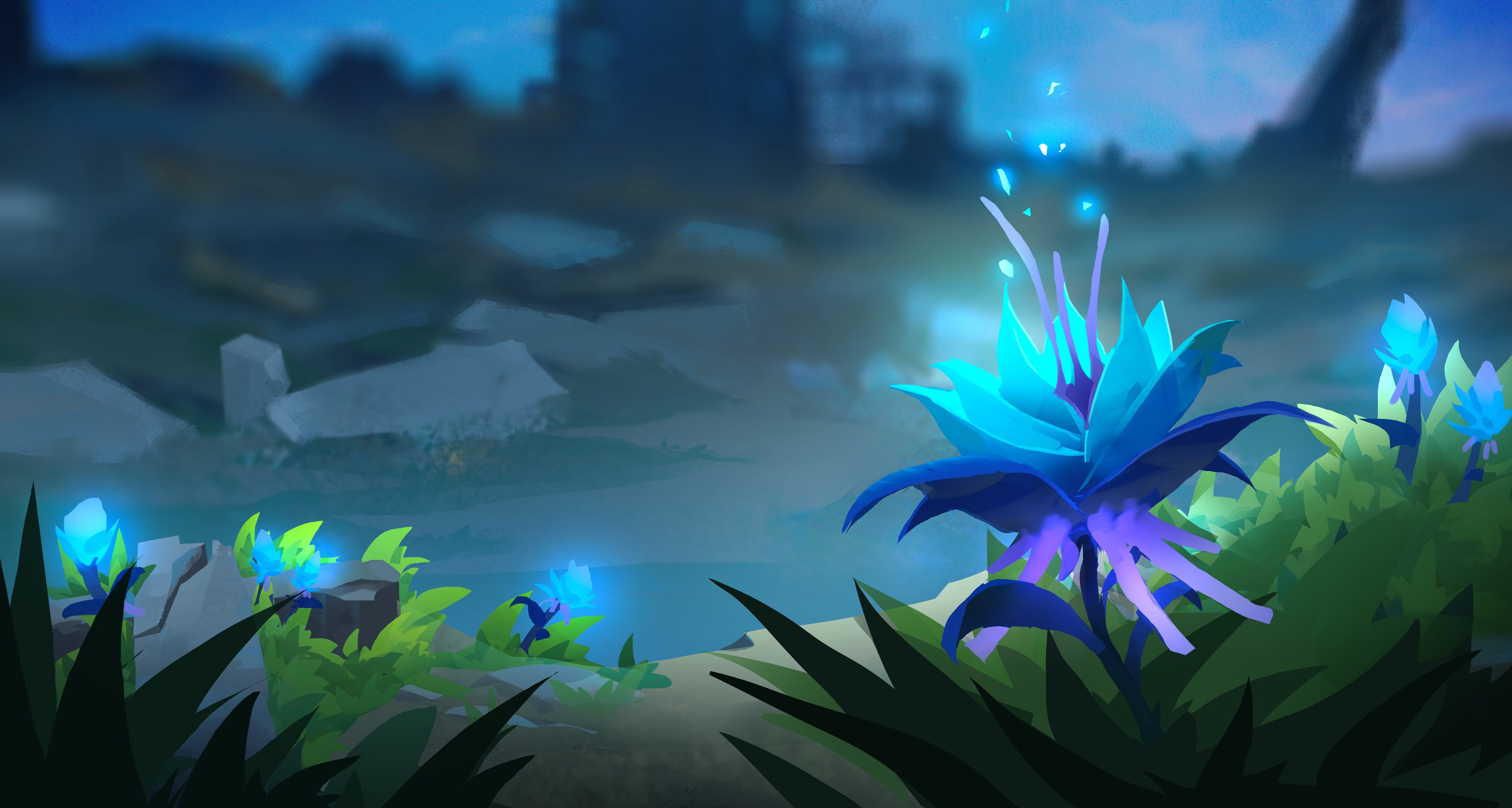 Eventually, the shattered survivors began to be drawn to four main places, rumours being shared by weary travellers and in exchange for food and drink. There were places where humanity could still survive, and maybe one day thrive.

A forest whose trees shielded its inhabitants. A mountaintop where the winds kept the ash at bay. A dormant volcano, sleeping among the ice in a remote corner of the world. A floating city that could whisk anyone lucky enough to find it to safety.

Clutching to this hope, the peoples gathered in these places and there they transformed, each building its own culture and customs. Each was shaped by the new land and the new animals that called it home alongside them, new animals unlike anything that the old world had ever seen before. These tribal societies were the Lifetenders of Everwood, the Wingfolk of Eight Winds’ Peak, the Triumvirate of the Rings of Cinder, and the Waveborne of Seahome.

As each tribe established itself and grew, they sought to claim more for themselves, inevitably bringing them all to conflict. The ends justified the means as savage raids and reprisals followed one another, sometimes even outright, bloody warfare. However, such conflict could only be sustained for so long.

A great conference was held, where differences were put aside, peace was brokered and goals for the mutual prosperity of all were set. This feat of diplomacy proved successful, and while occasional skirmishes would happen from time to time and some disputes came close to unravelling it all, ultimately war and blood were replaced with trade and tournament. Each tribe competing for glory and prestige and settling their differences by pitting their finest Pixelmon tamers against one another in sparring matches. 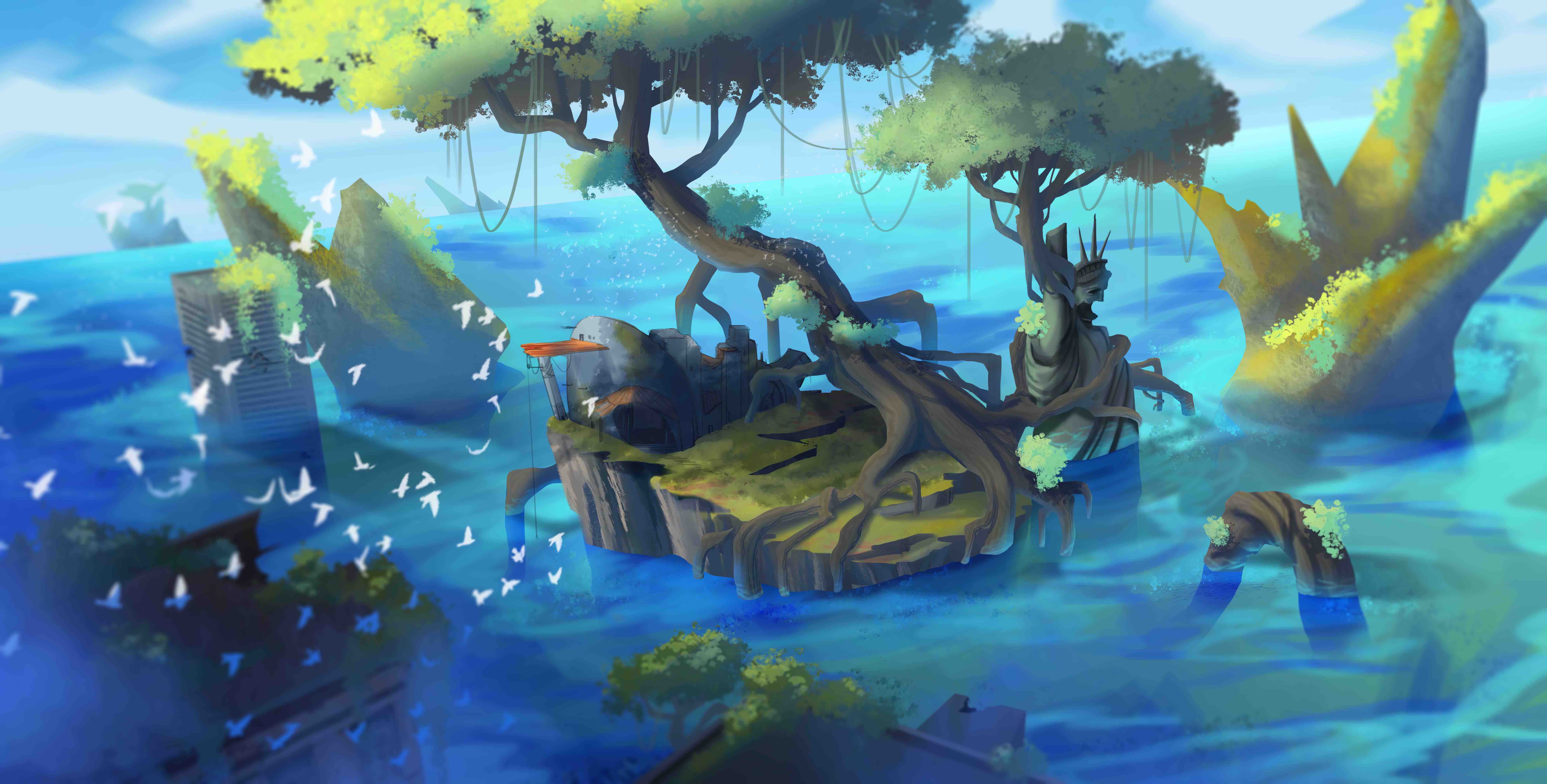 So it was that the old gave way to the new, its own identity rising from the crumbling remains of decaying ruins and forgotten technology. The Ashfall may be a distant memory spoken of in hushed whispers, and the four dragons who fought off the fifth regarded with reverence distorted by time and myth, but the changes that this great disaster put in motion were far-reaching and fundamental. Life itself, even the very continents and oceans have taken on new forms, new meaning. A new beginning in a new world - Nova Thera. 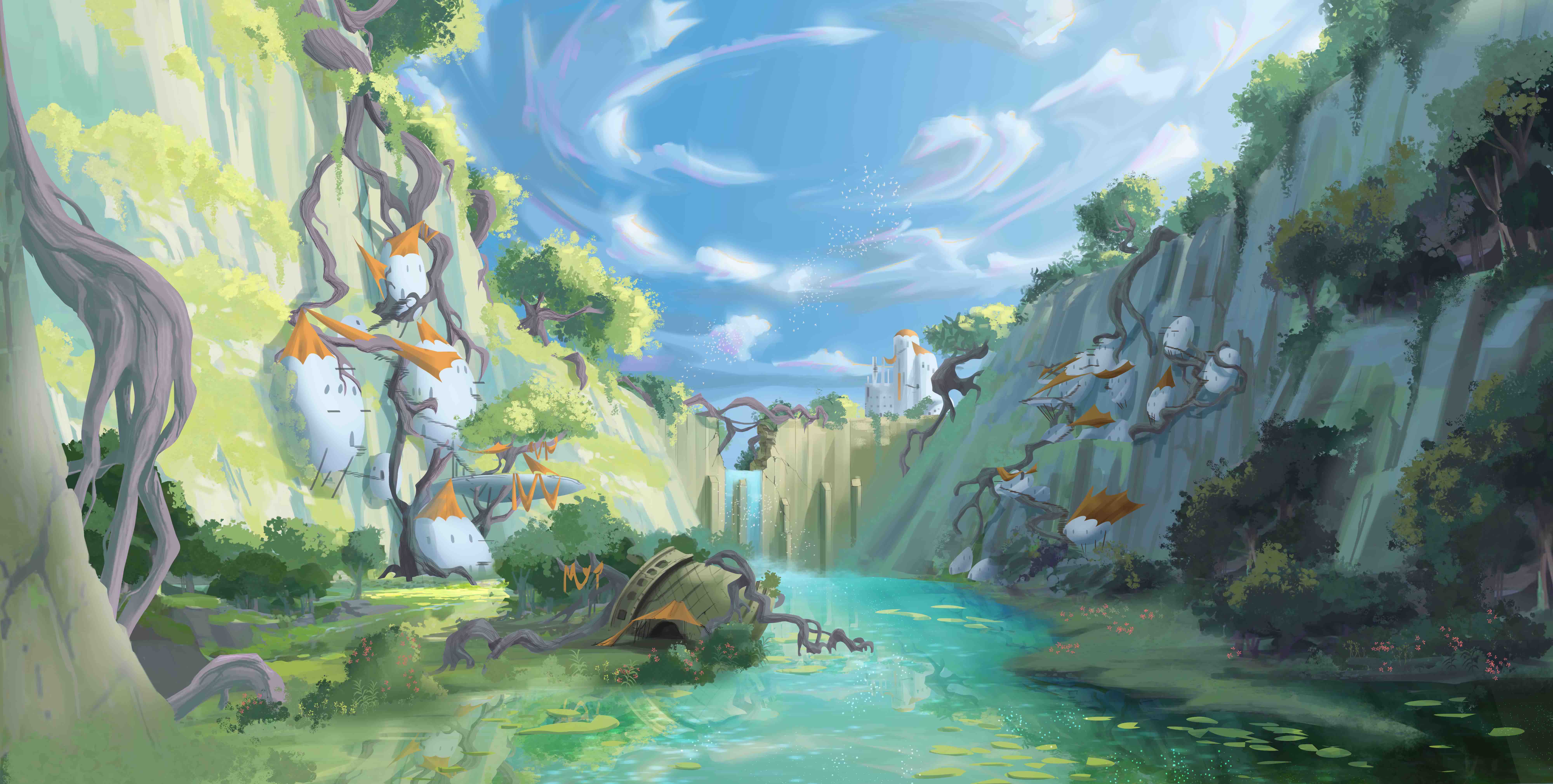 Through bonds shared they tell a story, side by side they seek honour and glory 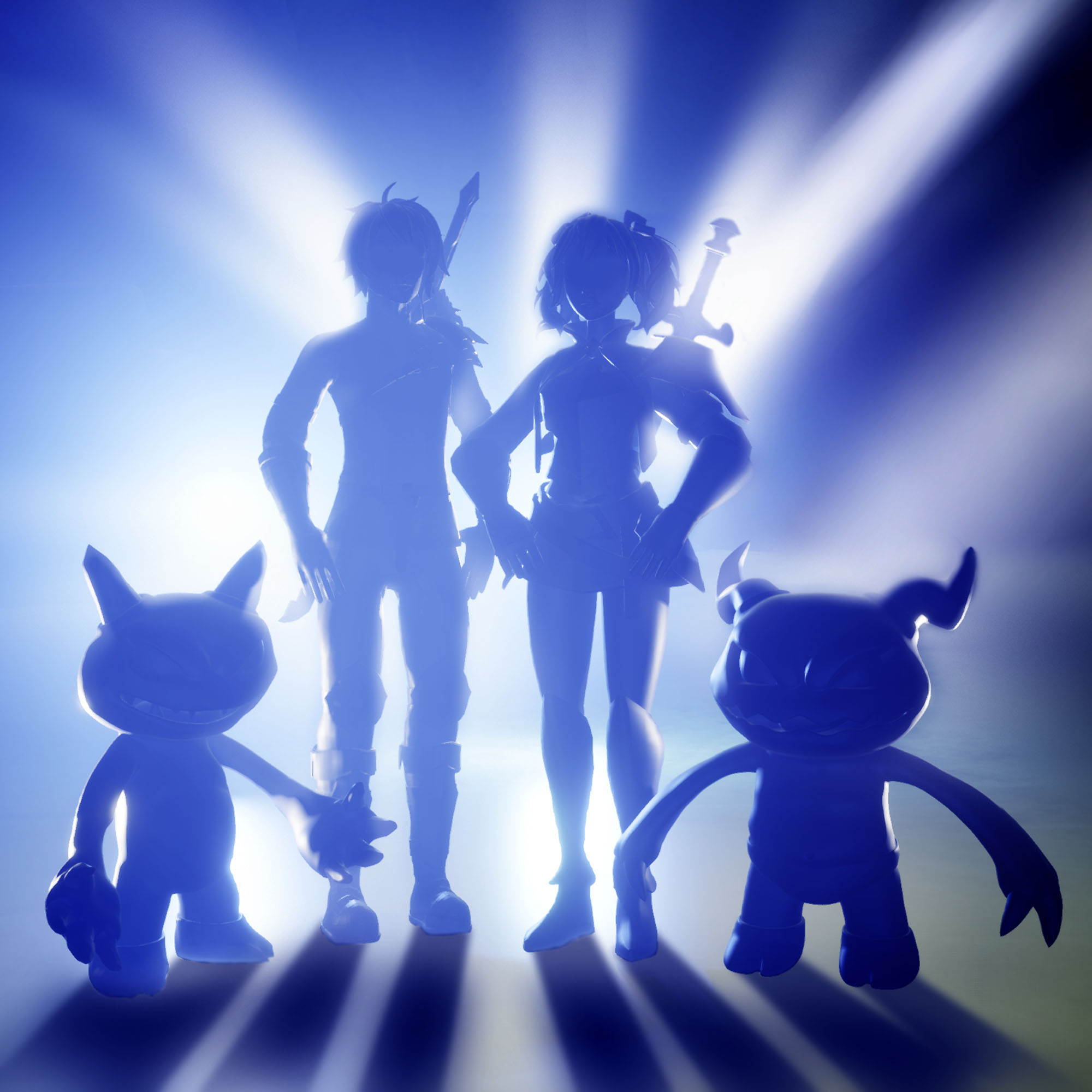