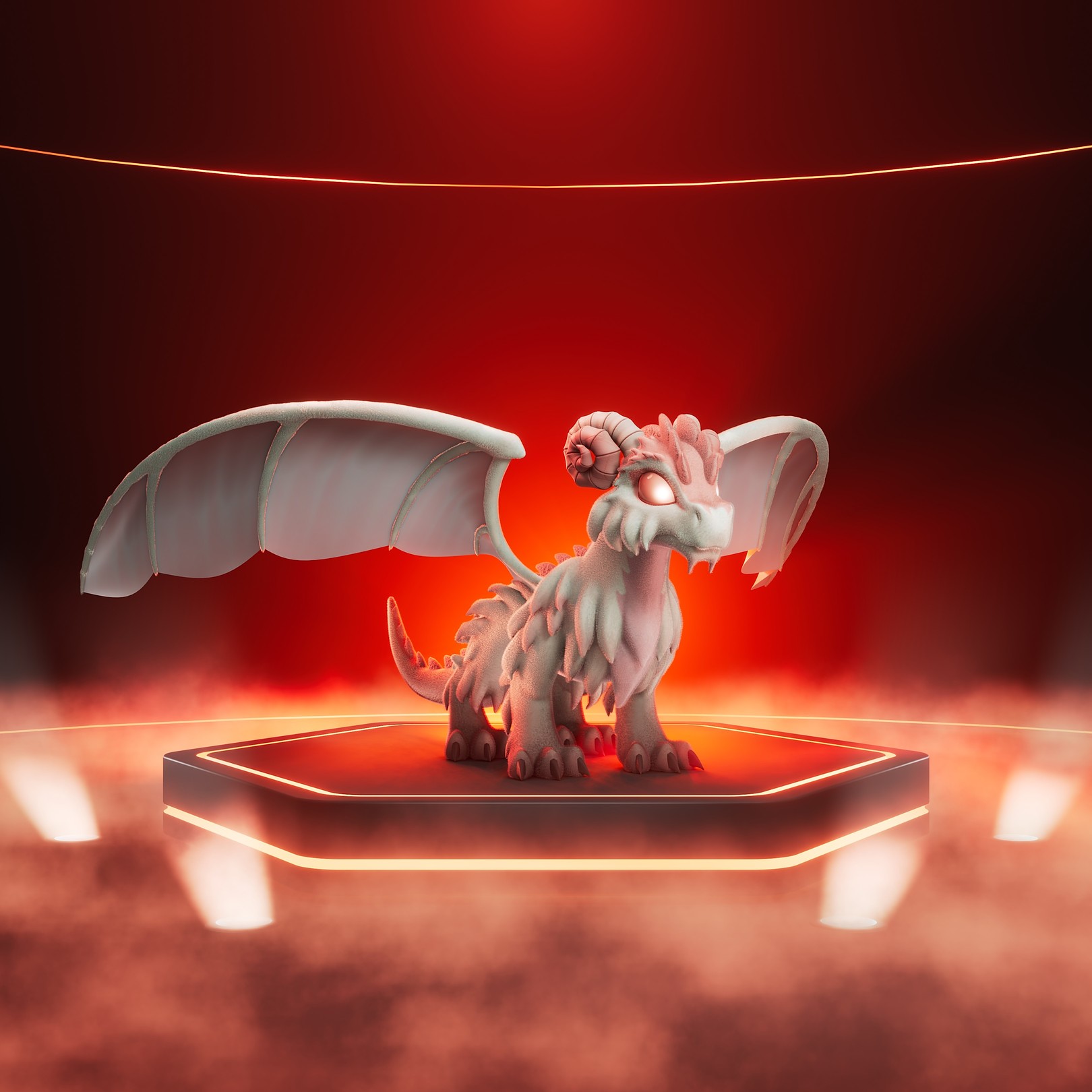 “To soar, to be truly free

To find that which I wish to see

The truest happiness there can be”

Clad in a coat of pristine alabaster fur, their heads crowned with bone-like ridges and spiral-shaped horns. Their eyes glow dimly with an amber sheen, said to resemble the sun rising through the mist of a cold morning. A series of spines run along their backs and the length of their tails, commonly believed to be the mark of the mountains themselves. With swift, snapping jaws and grasping talons on their powerful feet, what they might lack in brawn compared to other beasts of myth such as the Vulcanos, they make up for with astute minds and unerring precision.

While the Tatsumaki are not the sole denizens of the skies above the mountains of [Redacted], they are the undisputed rulers of air and mountain alike. They can clamber along the sheer cliffs of their mountain homes with a grace and swiftness one wouldn’t expect from such a large creature and when in the air, that same grace is elevated to even greater heights. Being predators, they roam the skies far above the mountains, their eyes possessing the ability to see through the cloud cover, allowing them to hunt unseen. When they find their prey they enter a swooping dive, and carried on their silent wings, they strike their target. This ambush-like hunting style leaves only a very limited opportunity for their victim to notice the Tatsumaki, but even if they do they rarely have time to act on it.

Despite the cold efficiency of their hunts, the Tatsumaki are regarded as noble emissaries of the winds. On the exceedingly rare occasions that one is seen, it’s often considered to be an omen foretelling a great journey in the future of whoever saw them. However, because they are indeed so rare, those who do see them sometimes dismiss what they saw as a trick of the mind.

On the occasions that they interact with other beings outside of their hunts, the Tatsumaki have been recorded as performing remarkable acts of altruism. Every citizen of [Redacted] has heard the tale of Florence Ventu, herself a legend in her own right, and how she was saved from an oncoming avalanche by one of these winged myths, only for it to disappear as suddenly as it arrived to save her. In brief, they are creatures of whim, as unpredictable as the changing of the winds themselves.