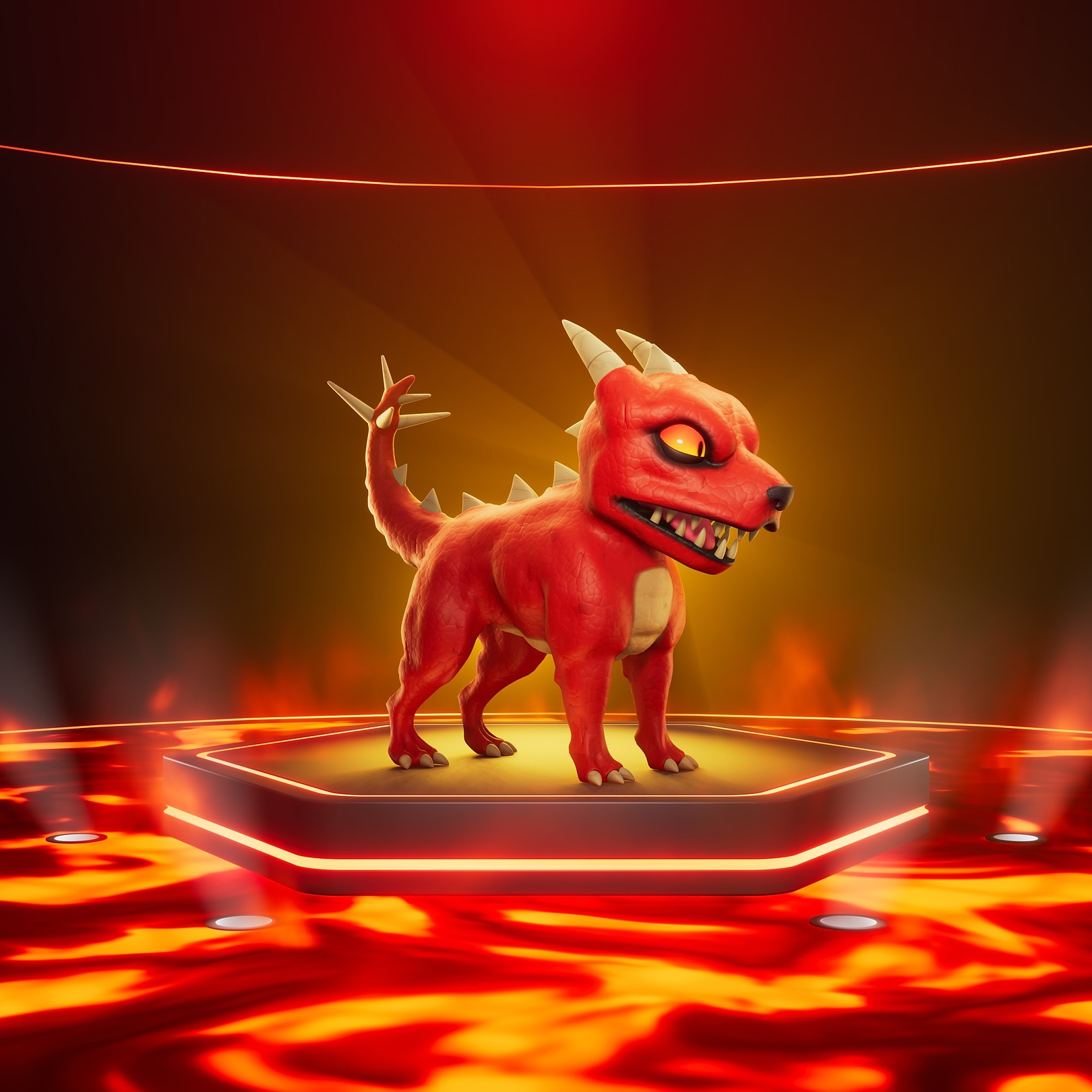 “Their bite is worse than the bark.”

These red-skinned canines with their horns and yellow eyes are very reminiscent of the far rarer Borgs, though thankfully nowhere near as wicked. While they do have a mean streak, this can be subdued when they’re partnered with someone who pushes them away from such behaviour. Alternatively, on the occasions that they partner with a Borg, all hell breaks loose.

Living in great packs, the Hounders roam the deserts and ashen, volcanic plains of the world, hunting anything that might be succumbing to the heat or thirst. They bring down their prey with the weight of numbers, piling on with bites, striking with clawed paws and spiked tails.

Their sheer commonality makes them popular animals to tame, and their nature in turn makes many see this undertaking as a fine challenge.

Hounders have been known to wander away from the hot climates of their homes into more temperate regions, but only ever to sunny areas that most would consider warm anyway. You won’t be finding a Hounder on a glacier, that’s for sure.

The thing that makes packs of Hounders particularly scary is that each Hounder is a capable predator in its own right, so having a whole pack of twenty or more chasing you down through fields of volcanic ash is bound to be a memorable experience, if you survive the encounter. They generally leave humans alone, but you really don’t want to end up being the exception to that rule. If you’re travelling through the territory of a Hounder pack, make sure that you’re not travelling alone.

One less intimidating detail about them, is that when raised right they make for quite playful and loyal companions. This is easier to accomplish by adopting them while they’re young rather than trying to tame a fully grown Hounder, but some enjoy the additional challenge.