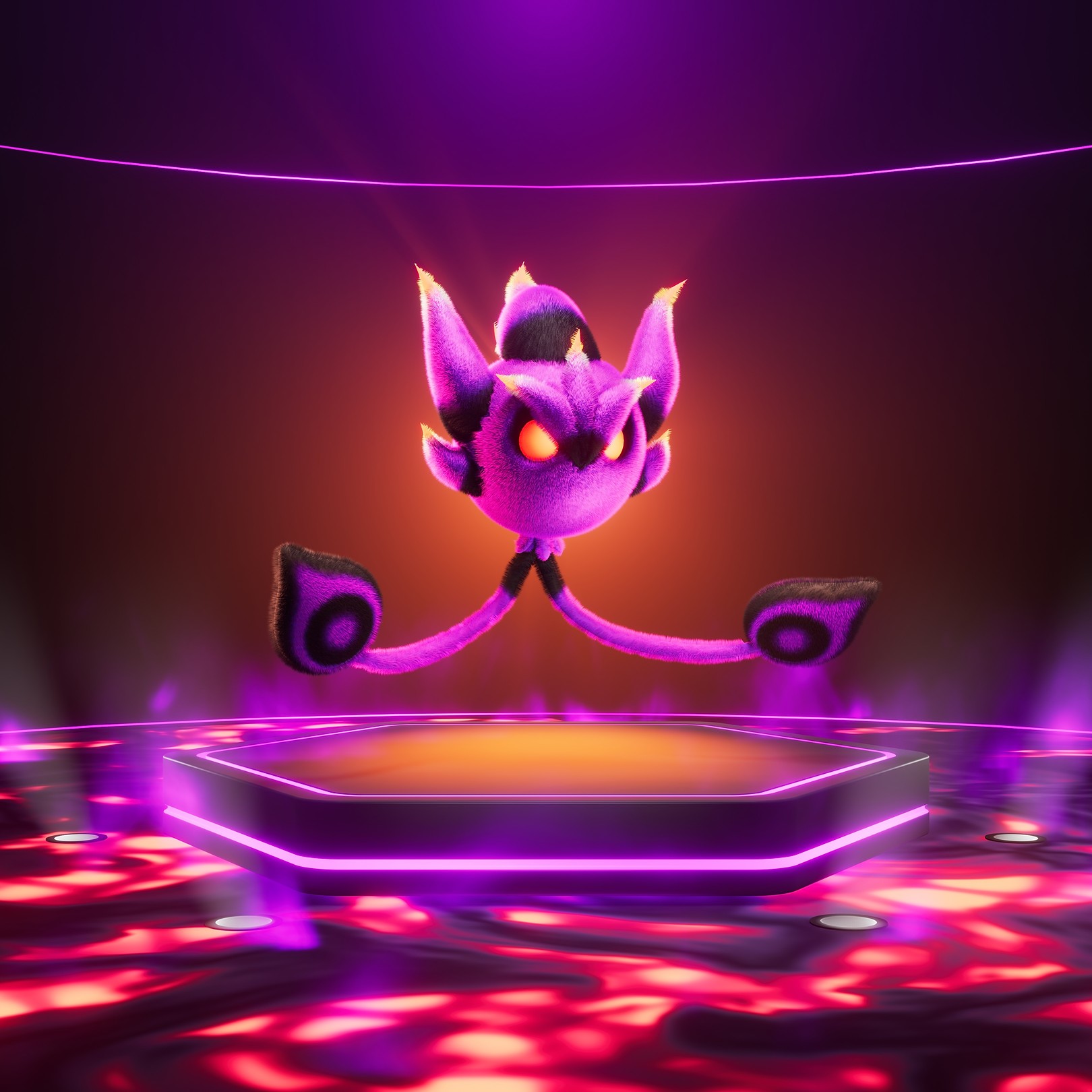 “Wouldn’t recommend keeping these as pets around the house, unless you really don’t like your house.”

Xyvon is more or less a ball of fur paired with fire and a very intelligent mind. They use their long tentacle-like arms to interact with their surroundings, including man-made objects such as locked vault doors and other intricate mechanisms. Keeping a Xyvon in check is more about earning their loyalty and less about keeping them on a leash, and once tamed a Xyvon makes for a loyal, if prank-prone companion. Radiating a constant heat, they’re a prized friend to have when traversing the cold places of the world, though the Xyvons themselves probably don’t like these trips all that much.

Xyvons float low to the ground, carried by the heat of their own body. This means that they can’t truly fly, but they have no need for legs or to drag themselves along on the ground, though they can if they have to in a pinch. They aren’t very fast or agile, but they can travel great distances over rough terrain without it stopping them, gliding over rocks and other obstacles.

Found near places of natural warmth, they are most often found around the volcano near [Redacted] and other volcanoes as well. Occasionally found in deserts, and during particularly hot summers they sometimes wander outside of their usual territory, this wandering having caused more than a few wildfires over the years.

They gather in groups of up to a dozen individuals, though that’s rare. Usually the groups are far smaller, though they are almost never entirely solitary. They crave social contact, perhaps as a way to stimulate their sharp minds. Some claim to be able to understand the Xyvon way of communication, and these individuals suggest that a good way to keep a Xyvon from getting bored is to give them riddles or other puzzles to solve. This has led to a small industry of craftsmen creating games and other items for Xyvon that won’t melt or catch fire when the animal plays with them.

Their striking purple fur with black markings is largely fireproof, though the tips of its eyebrows, ears and decorative fur markings usually have small flames, these don’t harm the creature at all. Some joke that these little fires are in fact a Xyvon’s jewellery collection, a bit like the earrings humans themselves may wear. Just more on fire.