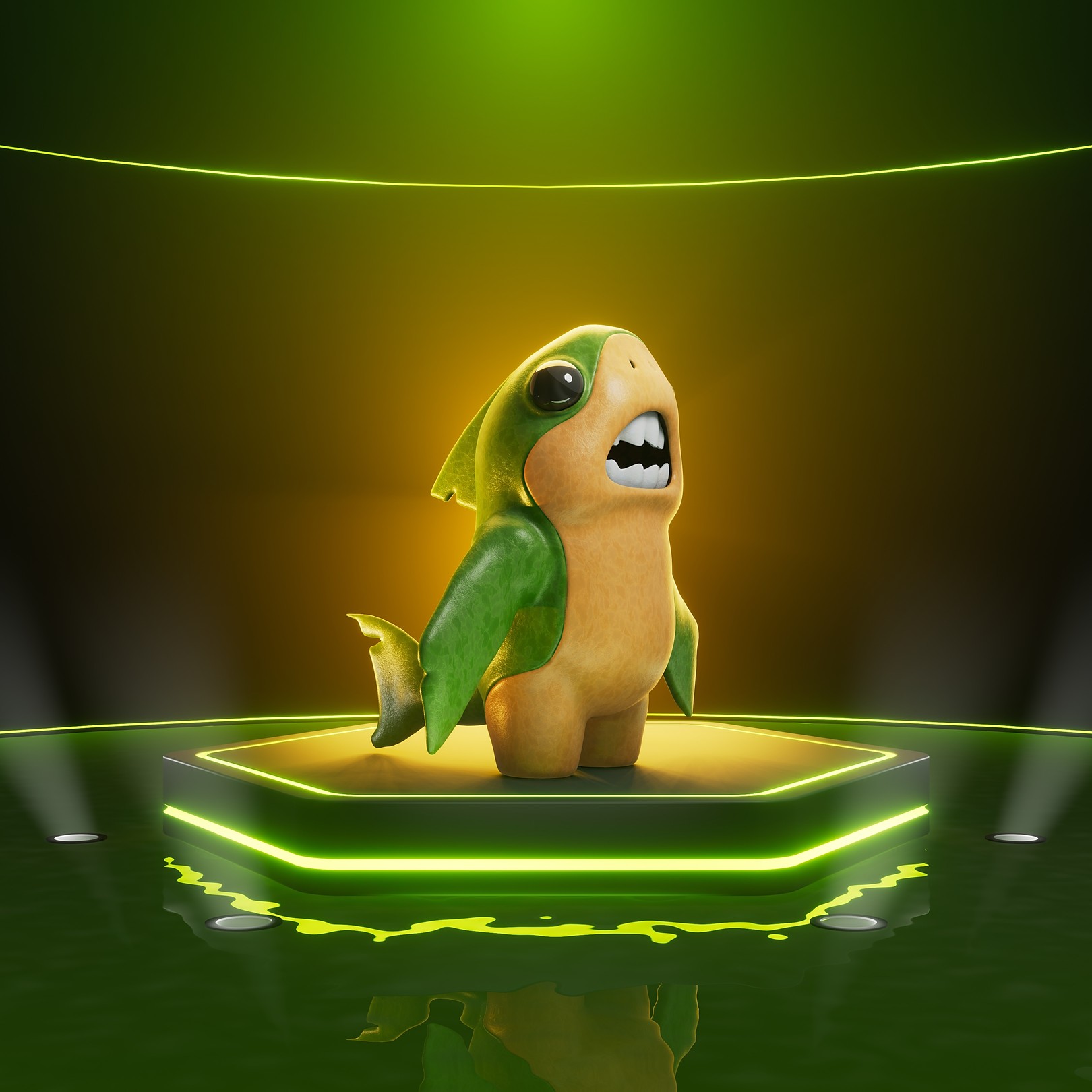 - [Redacted] expression, meaning someone is intelligent or perceptive.

NomNoms are relatively small, fast and creative predators who hunt throughout all of [Redacted]’s oceans in packs. Their skin is usually a mix of yellow and green, and aside from their signature jaws lined with razor-sharp teeth they possess powerful fins and a pair of nearly useless legs. While they can stand and walk, they’re hopelessly slow on land. In the water the story’s the complete opposite, there they are speedy, agile swimmers.

Preferring to hunt in schools when they’re young, they follow Spouts and other plentiful prey across the world’s oceans. As they age however, the schools split up into more numerous yet smaller ones, and this process continues until they reach adulthood, by which time they’ve become fully solitary.

They have a keen set of senses, able to detect vibrations in the water as well as the electrical impulses of muscles working, such as heartbeats. To top it all off, they have an extremely powerful sense of smell. Essentially, if you’re in the water within a kilometre of a NomNom, it knows exactly where you are.

Their teeth are not just remarkable for their sharpness, but each NomNom actually has multiple rows of teeth, each successive row gradually replacing the one in front of it. Replacing the teeth in this way means that a NomNom’s teeth are always sharp and that, should it lose any, those lost teeth will be replaced before long.

While this may cause them to come across as cold, vicious predators, NomNoms have not been known to attack humans. Some suppose this is due to the NomNoms simply not seeing humans as prey, though some fear that this may change in time