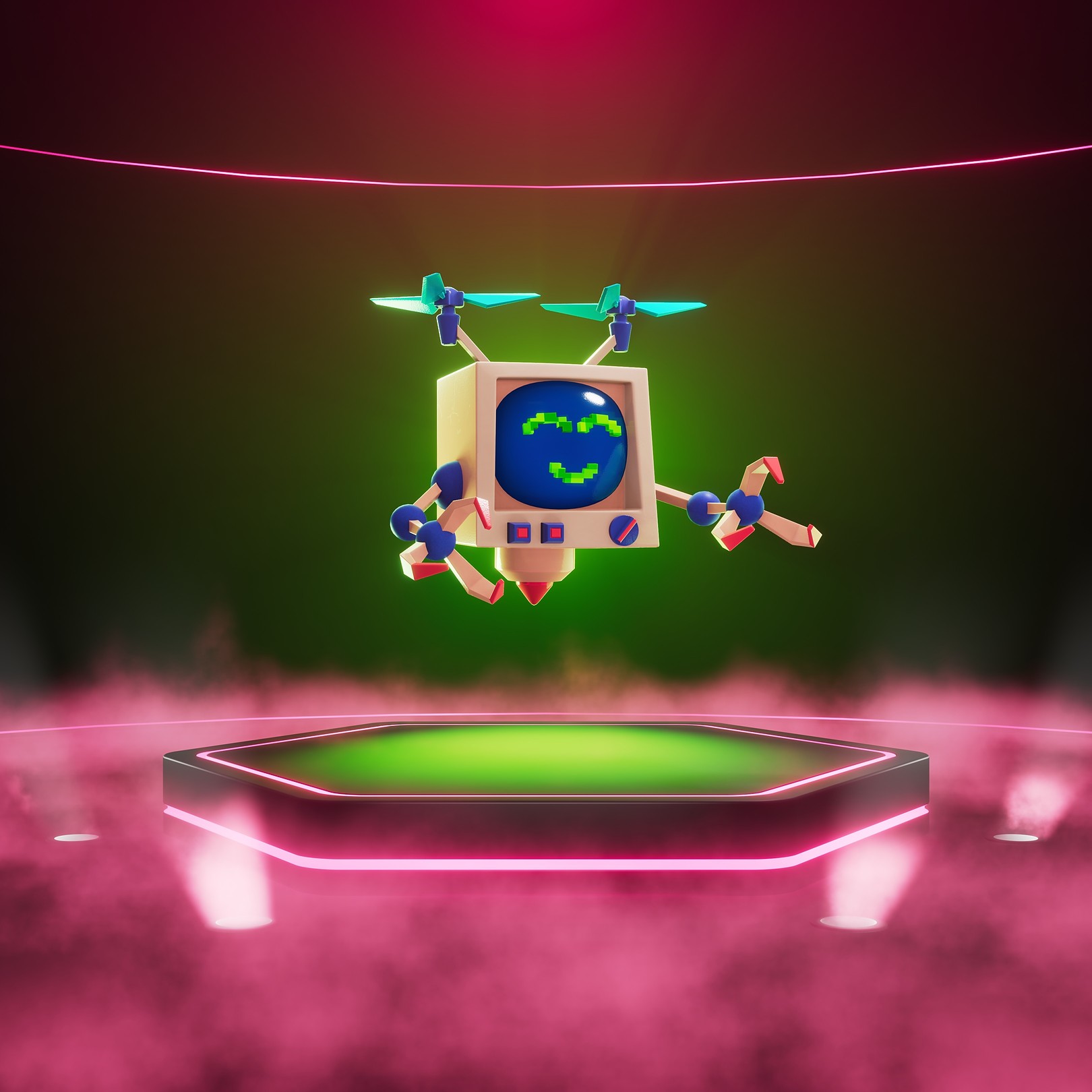 “We may never know what mysteries the Qwerties hold. Their glyphs are lost to us, and the languages they speak are as incomprehensible as the nature of the universe itself.”

The Qwerties are true, flying relics of a lost time. Or so some believe, anyway. These mechanoforms are rather odd in that they seem designed for a human to interact with them, their screens can output not only expressions but strange, rectangular items, almost like windows, of information, all in languages unknown to modern humanity.
‍

All mechanoforms appear to serve some form of predetermined purpose, and the Qwerties appear to have been created to hold, transport and convey information. They’ll cheerfully allow humans to interact with the controls and the content displayed on the screen, and this is in fact one of the main arguments for the theory that the mechanoforms were built by humans of the past. After all, why would some other civilisation come all this way to create these things for humanity and then just leave without a trace?
‍

The way in which Qwerties fight is rather enigmatic. They appear to draw from some unbelievably vast pool of knowledge, and from it they create strategies to deal not only with hostile entities but also less directly harmful things, like challenges in their environment. Usually they deal with most such complications by simply flying away from or around it, seeming to follow the principle of working smarter, not harder.
‍

To sustain themselves, Qwerties will fly to some elevated, safe position, power down their engines with their screens facing the sun and bask in the light. Sometimes they’ll do this for several days in a row, somehow able to feed off of the bountiful glow of the sun itself, like most plants do. They appear to be completely unaware of their surroundings when they’re in this dormant state, but their behaviour means that they usually remain undisturbed through these recovery periods.