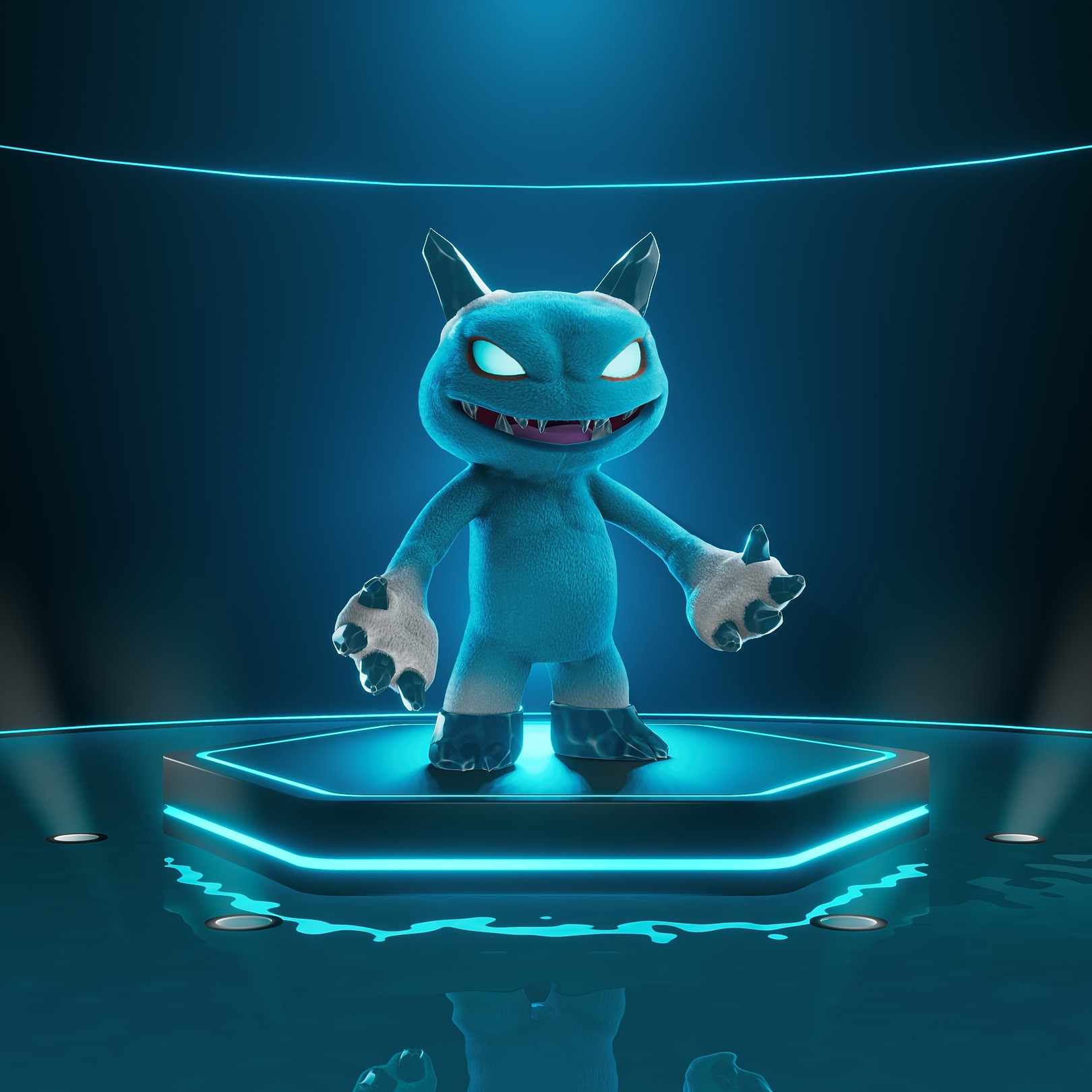 “We’ve been told not to judge books by their covers, and Bergs are the perfect example of this.”

The Bergs are the opposites and natural enemy of the Borgs. While similar in size and stature, the Bergs' blue skin coupled with their icy claws, horns and feet makes them immediately distinguishable from their malicious counterparts.
‍

It’s not known why, but Bergs appear to take particular joy and satisfaction from undoing the damage done by Borgs. In the few areas where their territories overlap, someone who has had their cart sabotaged by a Borg might find it repaired by a Berg the following morning. This of course infuriates the Borg and the Berg in turn finds this absolutely hilarious, turning the tables on those who would seek to inflict misery on others.
‍

Outside of this strange behaviour, Bergs are largely lone wanderers, crossing the tundras and glaciers of the world with no apparent purpose. Subsisting off the ice they eat, their toothy grin sometimes appearing in the blizzard to greet a lost traveller. While their looks would suggest otherwise, they are generally altruistic and will go out of their way to help those lost in their territory, human or Pixelmon. Some think that this is a result of them messing with the Borgs, and some believe it’s the other way around.
‍

Whatever the reason for their compassion, Bergs are held in far higher esteem than the Borgs, but unfortunately they’re just as rare as they are. Those who are lucky enough to travel with a Berg often form a deep friendship, and such pairings are usually seen as an indication that their partner is a person of good character. It is an opportunity that’s difficult to find and even harder still to pursue, but those who find success here are likely to find even greater triumphs in their future.