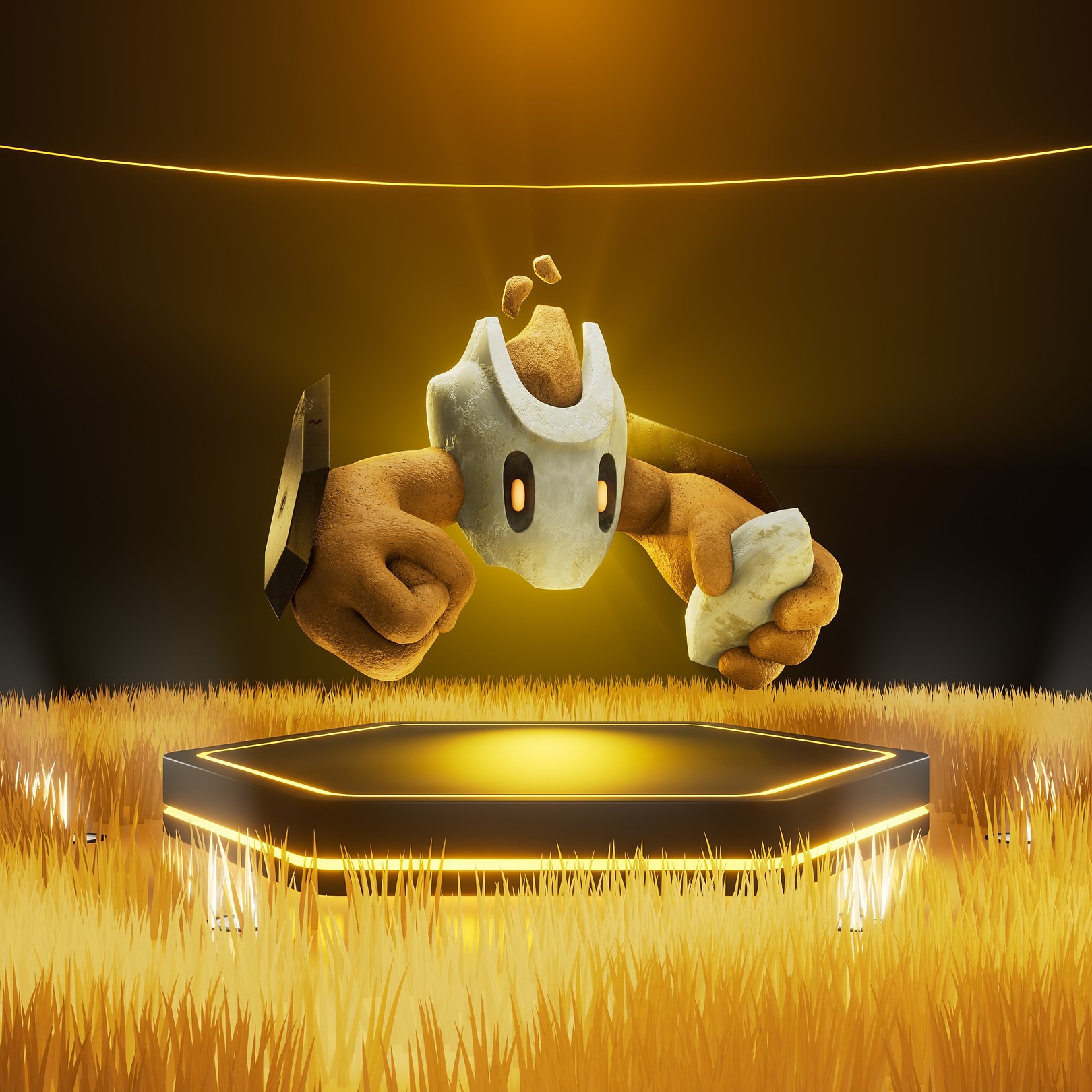 - Commentator remarking on a Bruizer throwing a rock

Bruizers are magical creatures, common particularly around mines, ravines and rocky outcroppings. Their core is also what humans would identify as a head, two amber lights glowing in otherwise empty eye sockets. The body is hollow and within it a reserve of sand, which the Bruizer shapes to suit its needs.
‍

The most common form this sand takes is a pair of muscular arms, each hand having three fingers and a thumb. While they  can use these limbs in much the same way that a human can, what they’re most known for is their ability to throw heavy objects with great accuracy. Their opponents, both inside and outside the sparring arena, often find themselves battered with a barrage of rocks as the Bruizers pelt them with stones from afar.
‍

Durable and strong, the Bruizers are a staple in sparring circles, and not just in the [Redacted]. But they have their fair share of weaknesses that are just as unacceptable to some as their strengths are appealing to others.
‍

Outside of battle, Bruizers often bring this strength to bear by helping Goloids and Droots with various tasks to improve their local environment, and will do so independently if neither of the other two species are present.
‍

Despite being made of stone and sand, Bruizers can cross open bodies of water thanks to their ability to float over their ground. This is their main mode of transport, though they can lie flat and use their sandy arms to haul themselves forward if they wish to avoid particularly intense storm winds or enter spaces they’d be too tall to pass through when floating upright.