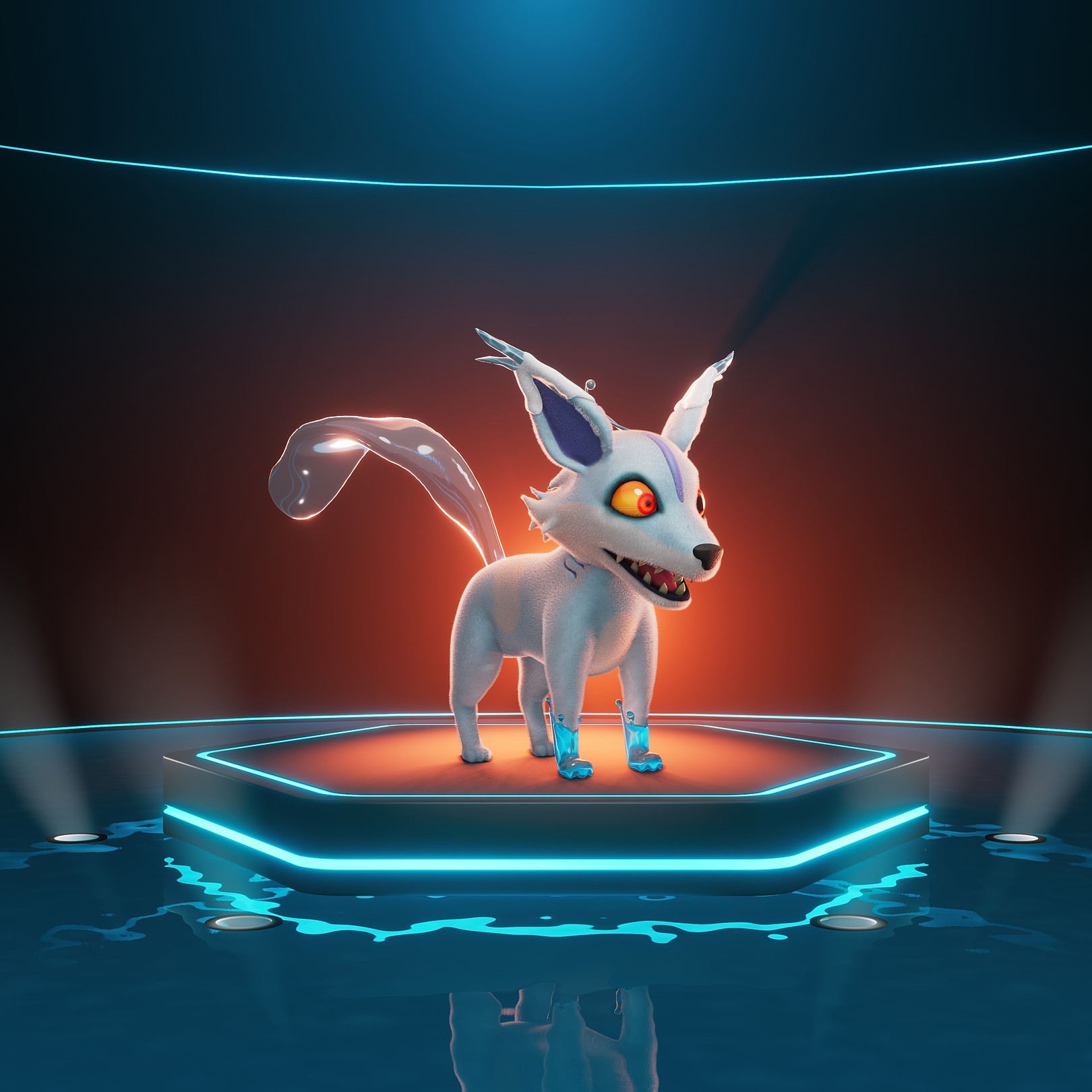 These amphibious canines are a rare example of a creature as mobile on dry land as it is in water. Their slender legs allow them to run far faster than any human ever could, yet their gills and tails of magical water makes them capable swimmers as well. They never stray far from water though, you’ll never, ever run into an AK-9 without there being a source of water nearby.

Some believe that all the water stems from AK-9s, and it’s easy to see why. Not only is their tail a flowing limb of spellbound water, but from a decorative, purple mark in their otherwise white and pale blue fur flows more water, first rising into the air to then fall to the ground around them. Ice protrudes from the tips of their ears, and their feet are perpetually soaked as if they’ve just stepped out of the sea, even if they haven’t been in the water for days.

They live and hunt in packs, both on land and in the water. They tend to avoid the open sea, though they’ll quite happily live and hunt along the coasts. Being social animals, they need contact either with other AK-9s, humans, or even Pixelmon of other species. AK-9s however will never get along with Byrus, so if someone happens to be partnered with one its best not to seek a partnership with the other.

Being playful critters, they won’t avoid human contact. They might come right up to you out of the blue, run around your feet, leave a branch in front of you and look up with expectant eyes. They love games, including fetch. Since fetch requires someone to throw the stick for them, some believe that the ancestors of the AK-9s were once pets of humans before the [Redacted], the game being a learned behaviour that never truly went away.