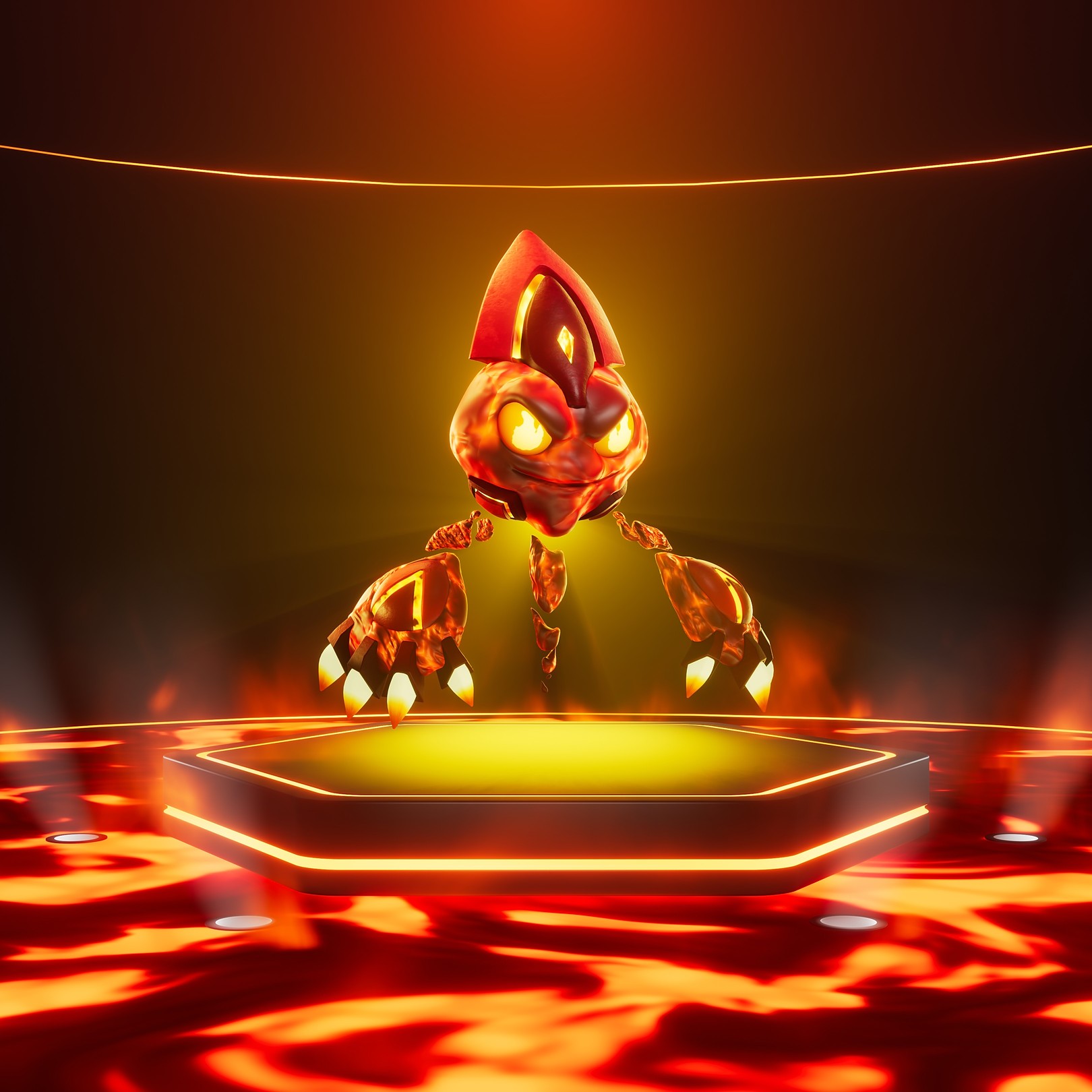 “Is it hot in here or is it just me?Neither, it’s that Inferno over there.”

- Bad Pickup Lines & How to Crush Them, a book of humorous dating advice

Infernos are believed to be spirits of fire, their bodies made of molten rock and their blood being the flames held within. Regarded more as a force of nature rather than a thinking being, they act without much reason and certainly without restraint. Native to deep caves near magma chambers, they don’t often appear on the surface but when they do, it’s best to hope that they show up far away from forests or grasslands.

Among the [Redacted], they’re both admired and reviled. Admired for their capacity to bring change, reviled for their seeming apathy as to what that change is supposed to bring about. In [Redacted] culture the destructive power of fire is always balanced by the fact that sometimes, the old must be burned away to make way for the new. Infernos however will just as happily burn away the new before it ever gets the chance to reach its full potential, and this doesn’t sit right with the values of the [Redacted].

Despite this and the beliefs to the contrary, Infernos are individual creatures with their own thoughts. While most fit the description given, some strike out on their own. In fact, rumour has it that a particularly ancient Inferno lives somewhere in [Redacted], having mastered its own flame to such an extent that it poses no threat to the forests around it. Many have sought to find this Inferno as they believe it may be the key to fostering such peaceful behaviour in other Infernos, but so far every expedition has turned up empty handed.