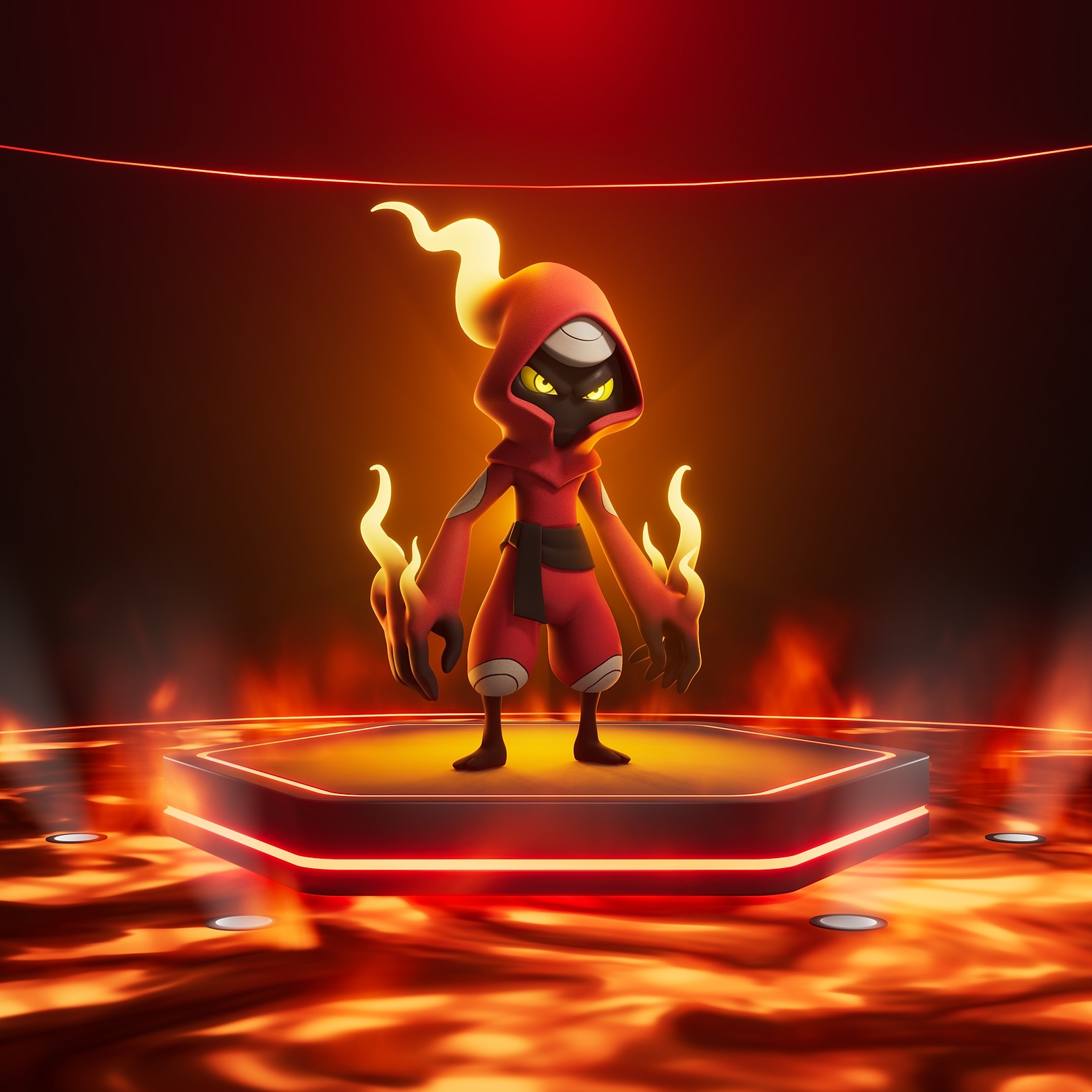 The H.0.0.D are a species of fiery creatures, their bodies like charcoal dressed in red robes that turn into flame near their large, powerful hands and at the top of their hoods. They’re often found in pairs, sparring against each other and practising their martial arts. Typically living near volcanoes or on the ashen plains around them, they’re a popular, if rare, companion among members of the [Redacted], while the [Redacted] worry about their eagerness to fight.

There’s nothing that a H.0.0.D loves more than to duel other H.0.0.Ds or other creatures entirely. They’re constantly seeking the next challenge, and have been known to wander far from their homelands in search of their next worthy foe.

As they love to fight, they’re recklessly aggressive. They never back down from a fight, no matter how obvious it might be that it’s a fight the H.0.0.D might not win. It’s possible that this is the exact thrill that they seek, that they need to face an obstacle where they might lose in order to feel satisfaction.

In combat they’re strong and nimble, their swift arms and heavy fists delivering a flurry of powerful punches and open palm strikes. Quick and light on their feet they don’t stand rooted in place, but move from place to place to attack from unexpected directions. Groups of the [Redacted] have long studied the arts of the H.0.0.Ds, forming an entire martial discipline that some humans practice, both for fun and for sport.

Outside of fighting and sparring, the H.0.0.D spends its time foraging rocks and timber to eat. In theory they could start living in a forest, but that forest is likely to burn down if a population of H.0.0.Ds tried to move in long-term.

Socially, H.0.0.Ds are rarely seen alone. They appear to pick a sparring partner early on in their lives, and these tend to stick together. It is said that if they’re split up, they’ll always reunite someday, such is their dedication to each other. This idea, whether it’s true or not, means that H.0.0.Ds are a common motif in the homes of the [Redacted], usually in the form of a pair of small sculptures.