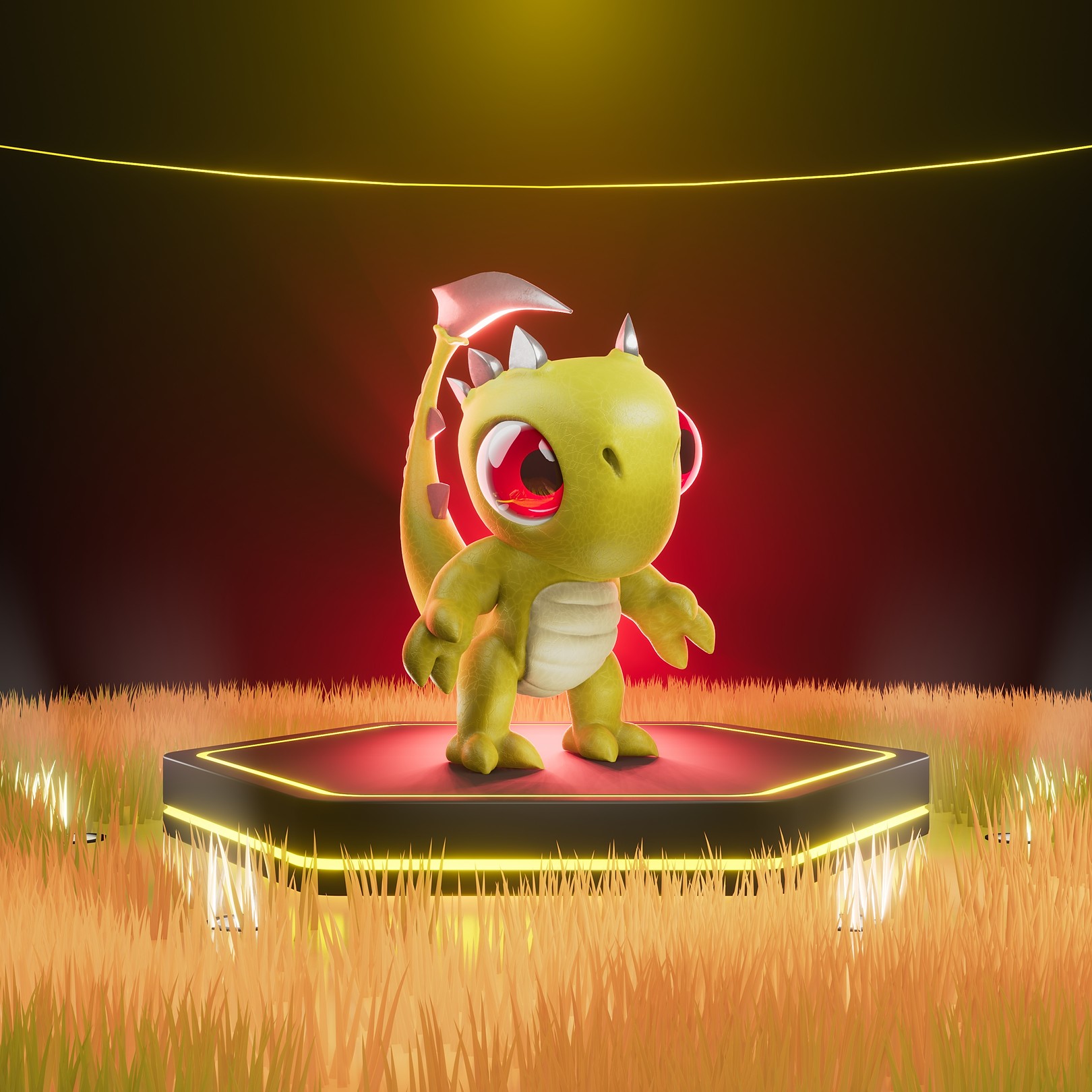 Where once there was one, there now are ten!

Regor and Poke, back at it again!”

- Snippet of the song Regor & Poke

Pintails are stout and strong, their powerful tails are tipped with a sharp, pointed blade that often… convinces most problems to go away. Their bodies are covered from head to toe in tough scales, usually yellowish green in colour. Their big eyes give them keen eyesight, and their heads, back and tail are protected by spines made of the same strong material as their tailspike.

They’re pretty slow, owing to their short, stubby legs. Their large, heavy head means that they have to move slowly, else they end up falling over when they try to make a turn. Their tail helps them deal with this to an extent, but even the fastest of Pintails is quite a slow creature.

Despite their fierce appearance, they aren’t predators. Their preferred food is the oaum fruit, typically found in the plains in which they live. Whenever they’re not eating, they’re usually up to no good. Pintails are daredevils and pranksters down to the bone, and they’ve been known to get themselves, and by extension anyone around them, into all sorts of trouble.

In fairness, the Pintails are also quite good at getting themselves and their companions out of that same trouble. Few things want to pick a fight with one when it comes down to it, so conflicts are usually resolved pretty quickly once the Pintail shows that it’s ready to stand its ground. While determined, Pintails are remarkably unaggressive and are quite happy to live and let live, as it were.

Perhaps the fastest way to bond with a Pintail is to take its pranks with good humour, and then prank it right back. In fact, one of the [Redacted]’s most popular songs is entirely about a man called Regor and his Pintail named Poke who play tricks on each other, their community, other Pixelmon, virtually anyone, and all the shenanigans that result from that.

Due to their playful nature, Pintails often play this type of role in [Redacted] culture, acting as mavericks and tricksters messing with the characters of whatever story they’re in. Usually however, these same stories go to some length to show that deep down, the Pintails have a heart as golden as the Behemoth’s armour.