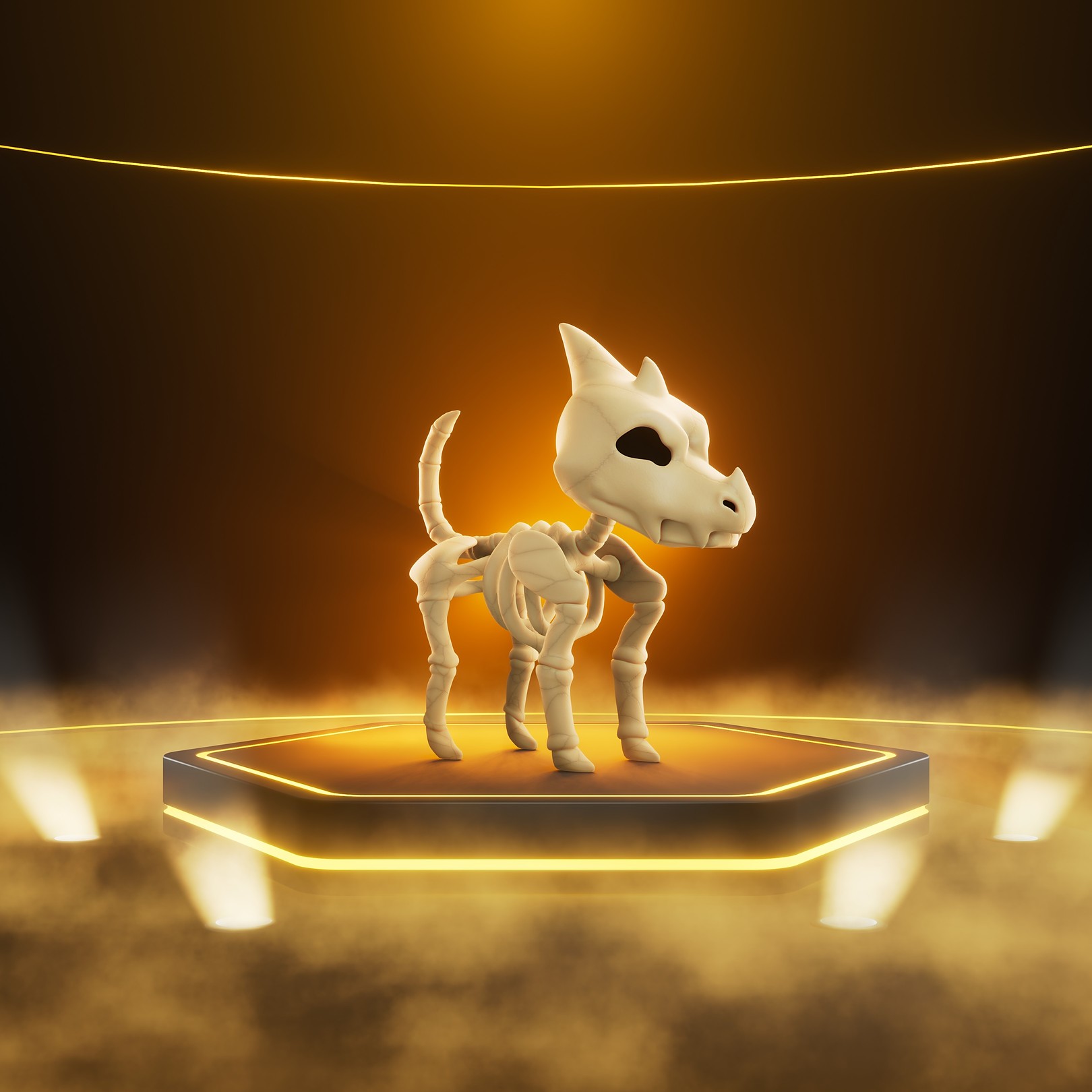 “See!? I always said that spirits are real!”

Marroh, a skeletal hound with a horn on its forehead, is the main counterargument against the supposedly rational belief that Ghastly is a living animal and that ghosts aren’t real. How could a creature like Marroh possibly exist if it weren’t for the spirits of the dead?

Biologically speaking, Marroh is dead. Made up of nothing but bones, its eye sockets are empty, it has no fur, no flesh, no blood and no heart. The latter more in a figurative rather than a literal sense, as Marrohs are generally very affectionate. While not often seen, when they do come into contact with humans they tend to bark happily and run to meet them. They’ve been known to follow children home from whenever the kids went to that one place their parents told them never to go, and are considered to be a combination of a guardian spirit and a good luck charm.

Unlike the Ghastlies, Marrohs don’t pick one spot to haunt. They roam and wander around, adventuring like any curious, living dog might. This leads some to speculate that Marrohs are the spirits of dogs who were sick in life, and in this new skeletal form they’re free to explore and play forever. Some have a more pessimistic view, but the belief that a living being who was cheated out of the joys of life gets to enjoy them anyway in the end is a comforting and popular one.

Beliefs aside, something that is universal for all recorded Marrohs is that they avoid places that Ghastlies haunt. Therefore, if you happen to be travelling in the company of one of these spirits and it suddenly stops or tries to indicate for you to change your course, it may be trying to steer you away from a haunt. Given that both Marrohs and Ghastlies are quite rare this is unlikely to come up, but if it does it’s worth keeping in mind.

Naturally, being dead they have no need for food, drink or rest, meaning that they make perfect partners for adventurers. A loyal friend who can keep the night watch for you is quite practical, after all.

While they do avoid haunts, their wandering nature means that they can, in theory at least, be encountered anywhere in the world, from the coasts by the ocean to the peaks of the mountains. In fact, the [Redacted] legend of Florence Ventu makes mention of an ancient Marroh who rode atop the Tatsumaki that saved her from the avalanche. Later in the tale, when Florence ascends the peak of the mountain, she finds that same Marroh waiting for her. Together, they adventure across the length and breadth of the world, or so the story goes anyway.