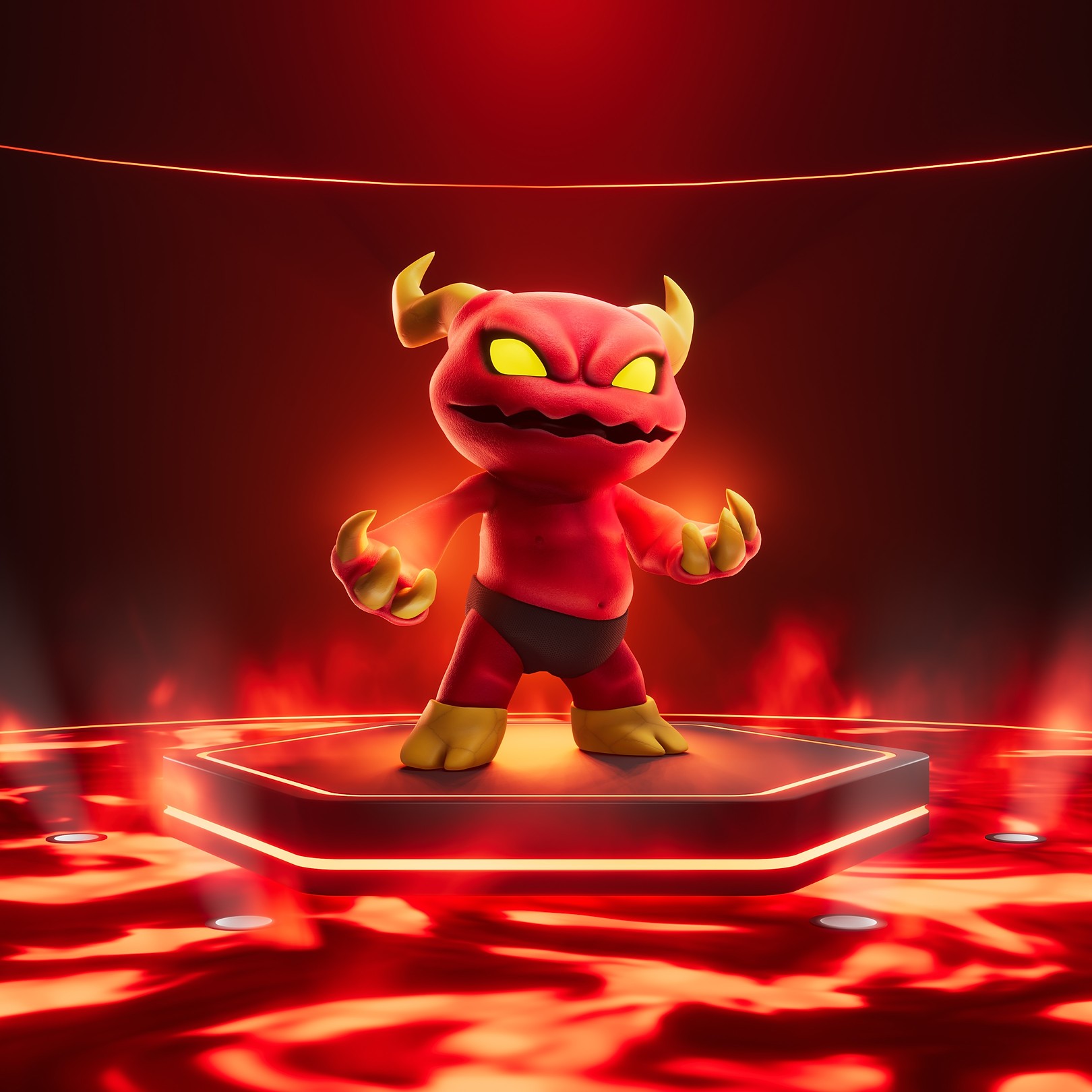 “If you want to see the idea of the opposites attracting one another, watch a bout between a Borg and a Berg.”

Borgs are cruel, mischievous beings. Their horned hands, red skin and their yellow eyes that seem to carry a spark of malevolence in their gaze has some believing the Borgs to be the demons mentioned in certain ancient texts. Even though their rarity means that most have never seen or even heard of one, those who do steer clear and those who don’t usually avoid them too.

Physically they’re rather short, rarely growing as tall as an adult human but far stronger. Their red skin is hot to the touch and their sharp claws are a formidable combination, and a Borg is a challenging foe indeed. Entirely antisocial, they’re never found in groups, living an entirely solitary lifestyle.

Aside from their claws, their hardened jaws are shaped into teeth-like, interlocking blades arrayed in a vicious grin. They use these powerful jaws to gnaw at metal, eating both ore and manufactured goods. They seem to prefer the latter, if nothing else because it causes trouble as they hungrily destroy whatever it was that they decided to sink their teeth into.

Their disposition is best described as playfully evil, and they will happily save someone just so that they can cause them more misery in the long term. Never trust a Borg near anything precious to you, for they’ll figure out a way of ruining it in the fashion that’s most heartbreaking to you. It’s a good thing that they’re as rare as they are, so most are unlikely ever to have to deal with them.

Interestingly, they appear to have a long-running and instinctive rivalry with the Bergs, who are virtually the polar opposite of the Borgs. It’s utterly impossible for the two to get along as they are so fundamentally different in every single aspect of their lives and mentality, sharing no common ground other than the literal ground beneath their feet when they battle.