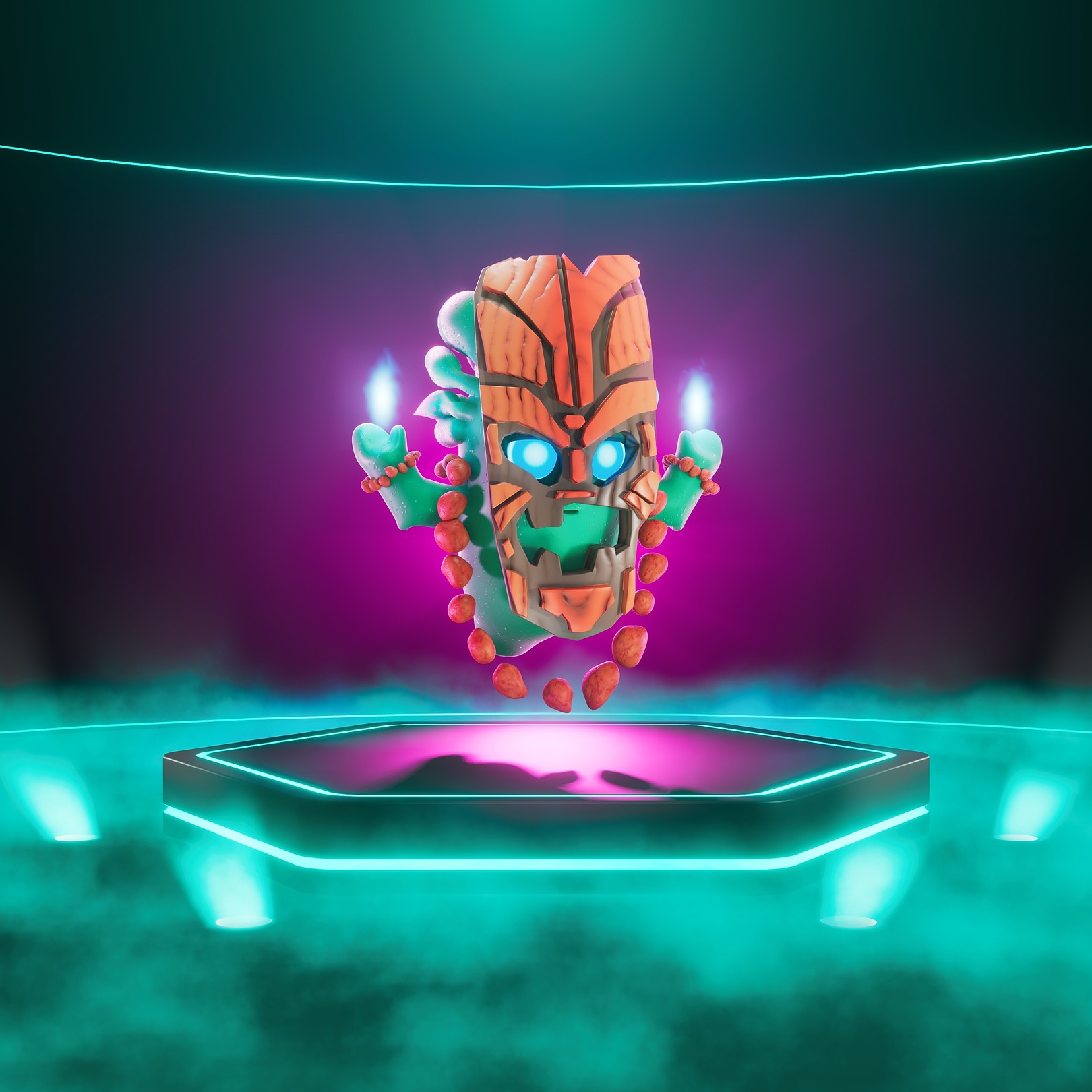 “Is it just me, or are the treetops laughing..?”

Known for their unsettling laughs and their shamanistic rituals, the Teeki tribes can be found all across [Redacted]. Poorly understood, these restless, laughing creatures are believed to have been spirits worshipped in certain religions of the world’s ancient past, as they can be found referenced in written work and human-made copies of their signature masks.

The most striking feature that stands out to an onlooker is their ornately carved wooden masks. Each mask is unique in some way, visual or otherwise, to each Teeki. Humans have copied them in the past, and in certain places this practice is slowly reviving. While still a fringe belief, there are those who believe that the Teeki are spirits of the dead, looking to keep having fun in their afterlife.

Other than their masks, their body is completely incorporeal. However, it seems that the mask is as much a part of their body as a limb would be for any living creature, and damage caused to the mask appears to cause the Teeki pain.

While they are far from rare, they tend to inhabit places near human settlements, and in the cultures that have embraced their masked ceremonies, they may stay with the people in their villages and towns. They prefer to spend their time under the open sky and while they will occasionally go indoors, they avoid caverns and other subterranean places.

An ability of theirs that makes them particularly spectacular to look at during their rituals is that they can create ghostly flames in their hands, and with these flames they weave intricate patterns as they dance, sing and laugh.