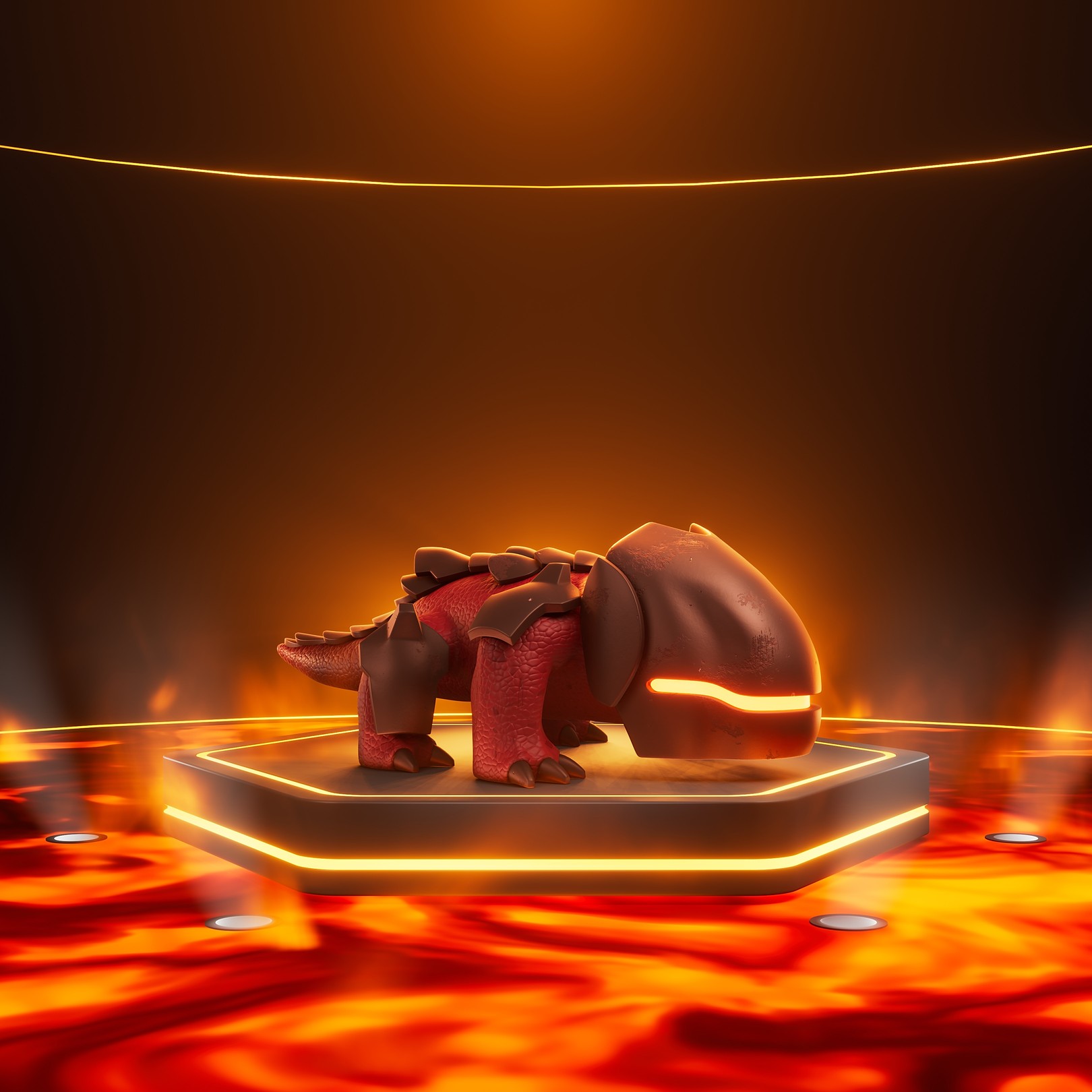 “I wouldn’t recommend shaking hands with one.”

- Days out in Eden, Madeline Meront

Just as rare as the Byrus are the Krawlers. These four-legged lizards are definitely living animals as opposed to elemental spirits like Cubix or Goloid, though it may not be obvious at first glance.

Their scaly skin is already tough as it is, but on top of this their heads are entirely covered by a single piece of perfectly smooth metal, constructed in a way as to give the Krawler’s head an incredible level of protection. In addition, their backs and limbs are largely covered by more armour plates, meaning that even at their weakest point, a Krawler is a tough nut to crack.

As they age, they go through a remarkable series of changes. At their second stage they grow larger, their armour more cohesive. Their previously all-encompassing helmet opens to allow their fanged jaws to bite their foes, and their already formidable claws are improved even further. From their armoured head protrudes a horn, just as durable as the rest of their armour.

Once they reach full maturity, their front legs transition into arms, and they stand upright on their hind legs. Their claws turn cobalt blue in their colour and their armour becomes even more sophisticated, interlocking, segmented plates protecting their backs, the entire top of their tail and chest. The [Redacted] see them as the analogy of a warrior’s journey, how battles and time hone them to a peak that might not have been easy to see when they took their first steps.

While fierce in appearance and harbouring a fighting spirit few can match, Krawlers are strangely chivalrous. Once they begin actively hunting prey, they’ll approach from the front and let loose a low, rumbling howl as a challenge. If their target stands its ground an honourable duel commences and if they flee, or show some sign of surrender, the Krawlers will simply leave them be. This behaviour has left the human scholars who study them absolutely puzzled - What could be dumb enough to take on a challenge like that? Whatever the answer is, clearly the Krawlers find enough to eat in order to survive as a species, albeit in limited numbers.