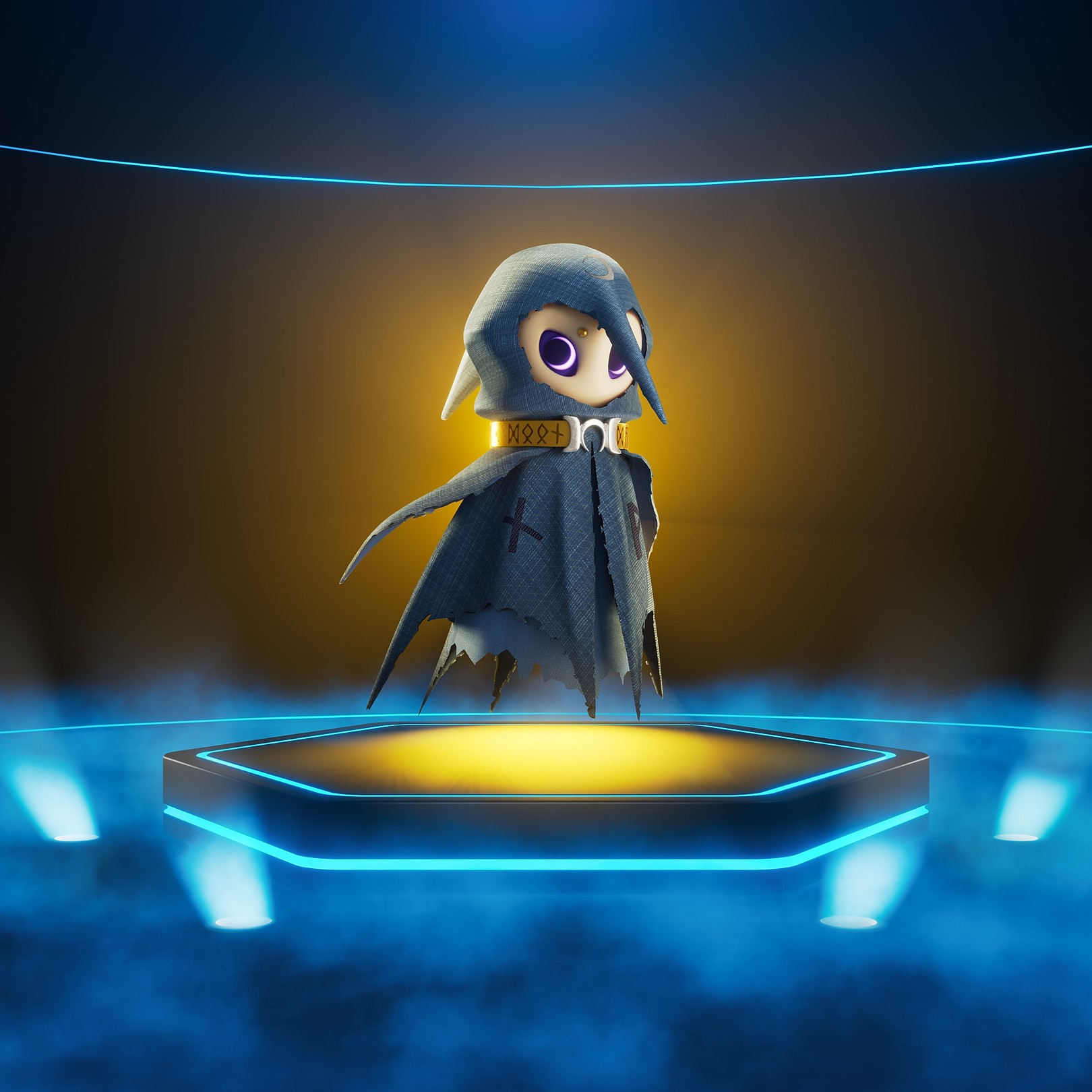 I can’t help but wonder, must you be gone so soon?”

- Verse from a [Redacted] mourning song

Luna lives at the intersection of sea and sky, gliding over the waves without ever touching the water. Their elegant eyes have a deep, amethyst colour and feature a crescent-like marking, their general body shape vaguely reminiscent of an Octopod but with a far smaller head.

Every Luna has a blue, shimmering robe that glitters like the sea when lit by the sun, the moon or the stars, and seeing one gently moving through the air above the waters is a beautiful sight indeed, especially when seen at night in the moonlight. Their spellbinding beauty is such that the moment where you see one is often used as an allegory for joy in [Redacted] literature, while the moment of parting is used to represent grief. Their robes and golden collars each bear a runic inscription, though if their meaning was ever known to humanity it’s been lost to time.

How they manage this flight is unknown, but some speculate that the tendrils it has may be responsible, just as is believed to be the case for Primeon. It’s not clear if Lunas need sleep, but what is known is that they feed off of algae on the surface of the ocean and sometimes freshwater too, raking their tendrils across the water’s surface to harvest the algae.

Lunas are perfectly capable of floating across land in this same way, but they appear to prefer to remain near water, likely because of their diet. Stories among the [Redacted] mentions a pair of Luna inhabiting an oasis in a vast desert, and how travellers would sometimes linger there longer than they intended just so that they could watch them glide over the waters. As Lunas can live for a very long time, so long in fact that no one really knows how old they can get, it’s entirely possible that somewhere in that desert, that same oasis and those same Lunas can still be found.

Entirely unaggressive and lacking any concept of territory, Lunas are quite content to allow humans and other Pixelmon to inhabit the same area as they do, as is shown by the story of the oasis. While not overly playful, a few stories mention Lunas playing together with Leviathans jumping through the air, or even travelling together as the gargantuan dragons glide alongside the Lunas. An artist by the name of Cevia Drusk claimed that one of her paintings was created as she was sailing beside them on her ship, though her critics doubt this claim and dismiss it as fantasy or even as a marketing move. Regardless, it’s a beautiful piece of art that’s highly coveted in certain circles.