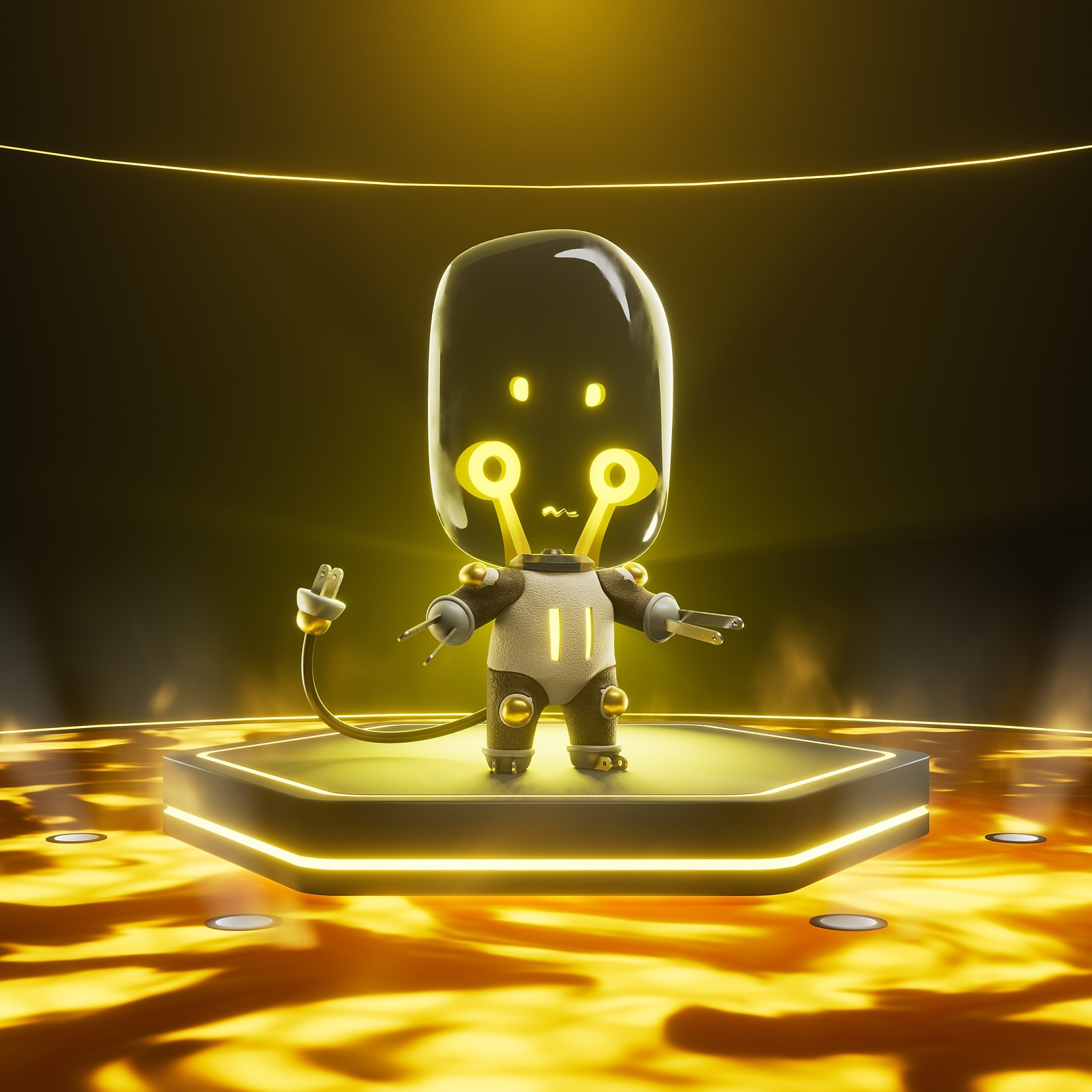 “Even the smallest spark can light the path ahead.”

Bulbores are small, bipedal mechanoforms that wander around in dark places. Caves, ruins, abandoned tunnels and mines are just some of the places in which you might find them. Their most obvious feature is their glass heads. Within the glass sits a filament of some sort, and the mechanoforms are somehow capable of igniting this without harming themselves, resulting in a warm, orange glow. That head rests atop the shoulders of a small, rubberised metal body, usually varying in colour from light greys to deep blacks, sometimes even sporting patterns.

As they exclusively inhabit places that would benefit from illumination, it’s widely thought that that’s exactly what their predetermined purpose must be. An additional piece of evidence in favour of those arguing that ancient humans designed and built the mechanoforms is that the tails of the Bulbores are a perfect match for strange, indented glyphs found in many of these old ruins. Some think that these glyphs are the remains of some form of interface, like how a key might turn a lock, moving the tumblers and bolt within.

In the modern world, Bulbores are exceedingly helpful and popular companions. Of a fittingly sunny disposition, these mechanoforms are capable of producing light without a flame, which is helpful for safely exploring caves or bringing light underwater. That, and their general cuteness, means that there is always someone out there looking to find and bond with a Bulbore of their very own.