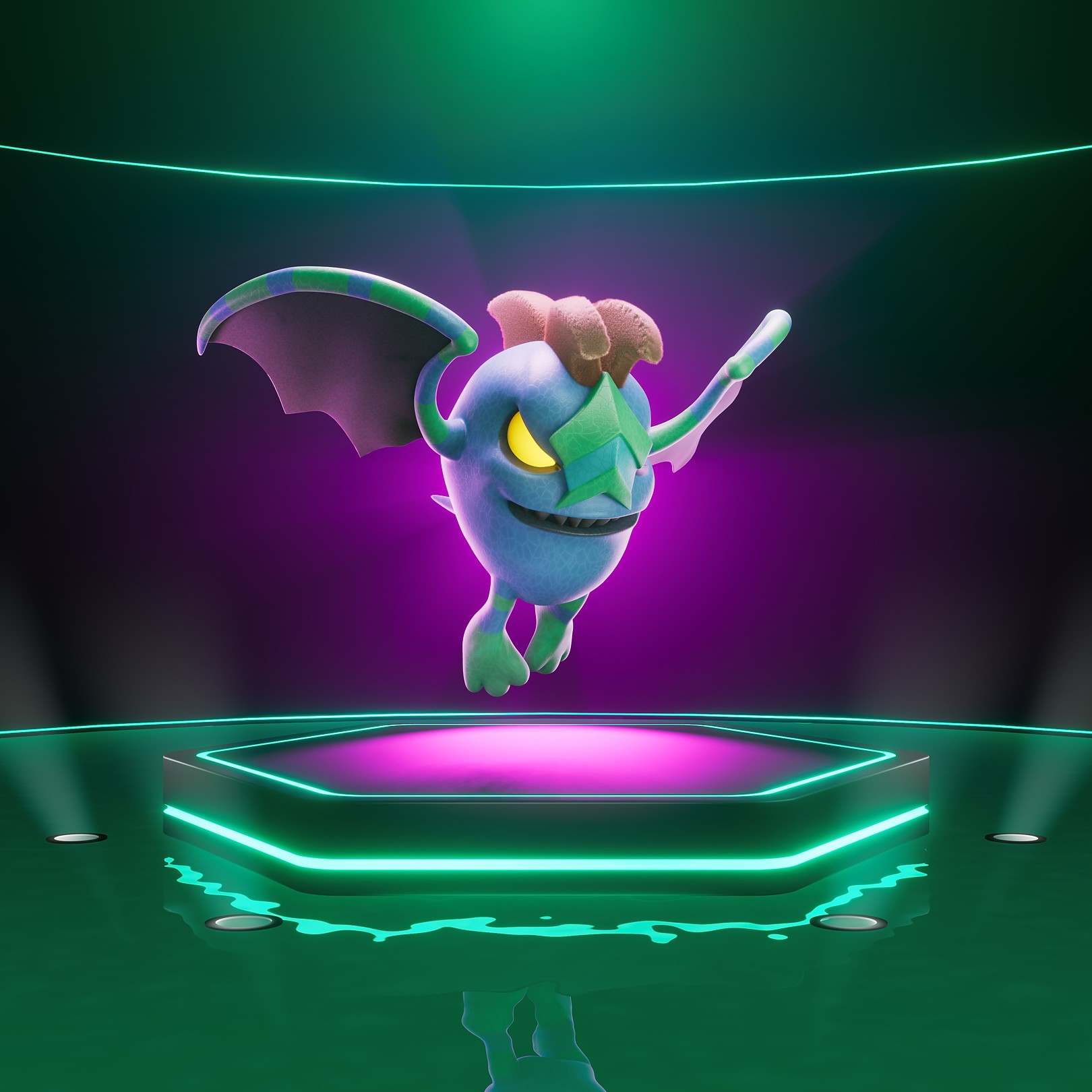 “Some say beauty is on the inside. I say it just means you have two opportunities to be ugly.”

Unlike most things that swim, walk, fly or some combination thereof, Haptor lacks elegance no matter what it tries. Most creatures look at home in at least one environment, whether that is the water, on land or in the air, but Haptor just doesn’t look like it feels comfortable in any habitat.

Their bodies are large in comparison to their wings and legs, making them appear wildly disproportionate as they fly on unsteady wings or waddle on weak legs. Their blue skin features green markings and three bone combs atop their heads, which is in reality all that their body is. A big, ungainly head with legs and wings, wearing a sneering grin.

That being said, they’re far from hopeless. While inelegant they’re still decent enough at walking, flying and swimming, using their wings as paddles, they can do alright in most places. The exception to this are dry climates, both hot and cold. Haptors need some form of open water within at most a day’s flight of wherever they live, and being such clumsy fliers that day’s flight is a lot shorter in distance than what most other flyers’ would be.

Gathering together in flocks, the particularly numerous ones can cloud the sun for quite a while. Their lack of agility or speed makes them poor hunters, and as such they scavenge for carrion to feed themselves, often scouring the beaches of the world’s coasts for washed-up carcasses.

This all being said, claws are claws and those of the Haptor are very sharp indeed, as are their many shark-like teeth. As such they can inflict nasty cuts and bites, so it’s best to steer clear of their feet and maws.