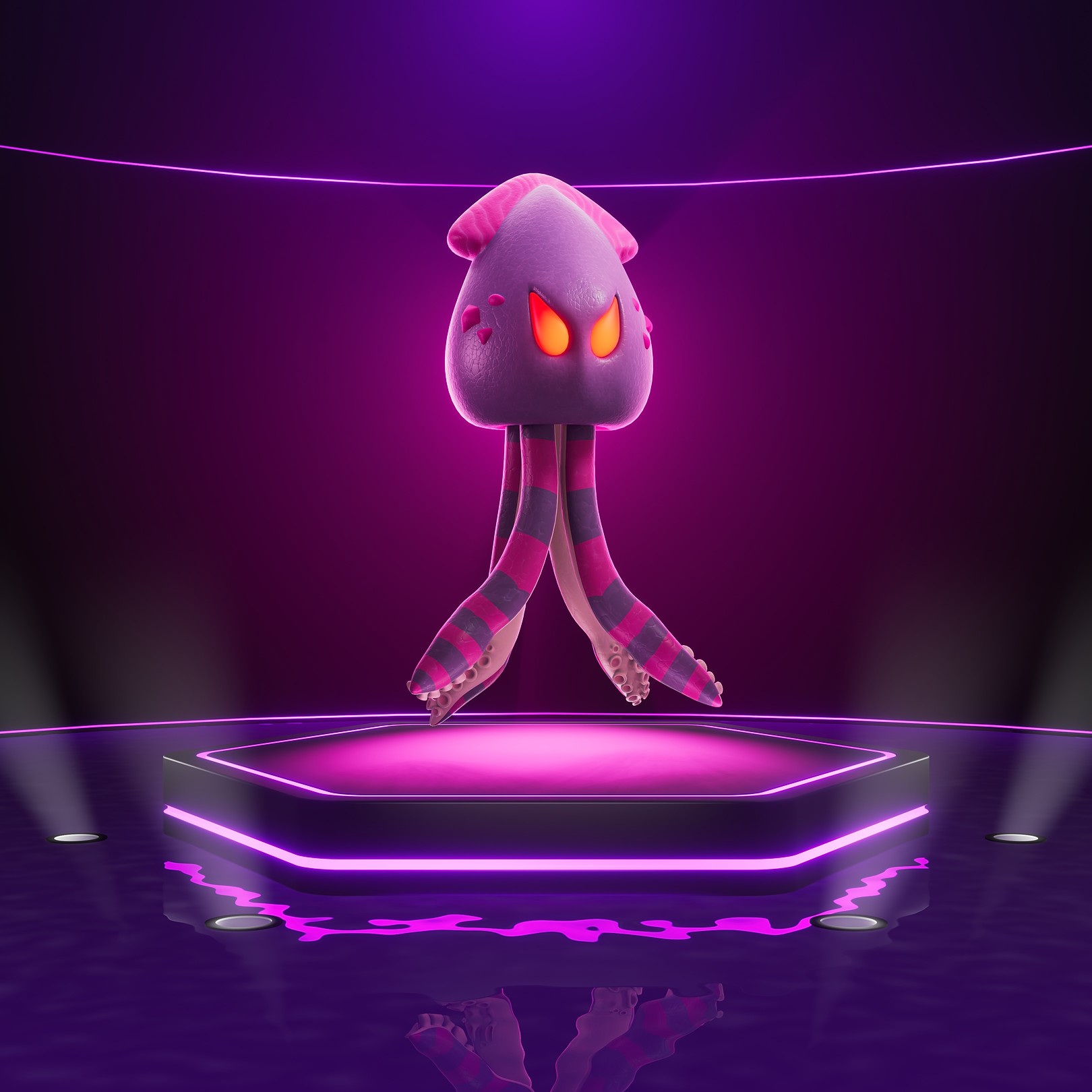 - [Redacted] expression, meaning that something is silly or pointless

Killamari are pelagic invertebrates, spending most of their lives in the open sea away from the coasts. They sport four tentacles, each capable of grasping with the suction cups at the end. Their bodies are vaguely teardrop-shaped, with a set of eyes and small, tough protrusions. Their mouth is found at the base of their body, in the shape of a viciously sharp beak. Perhaps the most spectacular thing about them is their colouration. They’re purple in colour, with pink stripes along the length of their tentacles as well as the comb-like fin at the end of their body.

The exception to their largely pelagic life is that when they’re young, they’ll spend their time in the shallows surrounding islands in the warmer region of the seas. After about two years, they migrate out into the open ocean, a dangerous transition that only few survive. But those that do thrive there, their keen intellect allowing them to create new hunting strategies and specialise on specific prey. Some even make simple tools, such as taking a piece of driftwood and using it to pry prey from within a shell or a hiding place.

Being invertebrates with no exoskeleton they’re quite durable in some ways, quite fragile in others. They can handle blunt impacts very well, but cuts and piercing injuries are particularly dangerous to them. In the wild, they avoid conflict with others of their species as their own beak is a very powerful weapon against them.

Socially they’re flexible, sometimes they’ll come together in what’s called a consortium, which is really just an overly fancy name for a group of animals who hunt together. This typically happens during seasons of bountiful prey, but as soon as the supply of food begins to dwindle, they’ll part ways and return to a solitary lifestyle.

It’s difficult to overstate how potent their minds are. Aside from tool use and innovation, they’re also capable of grasping some aspects of what humans do. In recent years, there have been reports of Killamari quietly grabbing onto boats and ships, using them to hitchhike great distances over the ocean without expending much energy. They’re infamous for stealing catch from fishermen’s nets, simply plucking fish from the net like how you might pick an apple from an apple tree.

They’ve even been observed trading with each other. A [Redacted] member claims to have seen one offering a makeshift tool in exchange for a particularly big fish, an offer which the other Killamari accepted. Whether or not the story is true, it hints at an interesting potential.