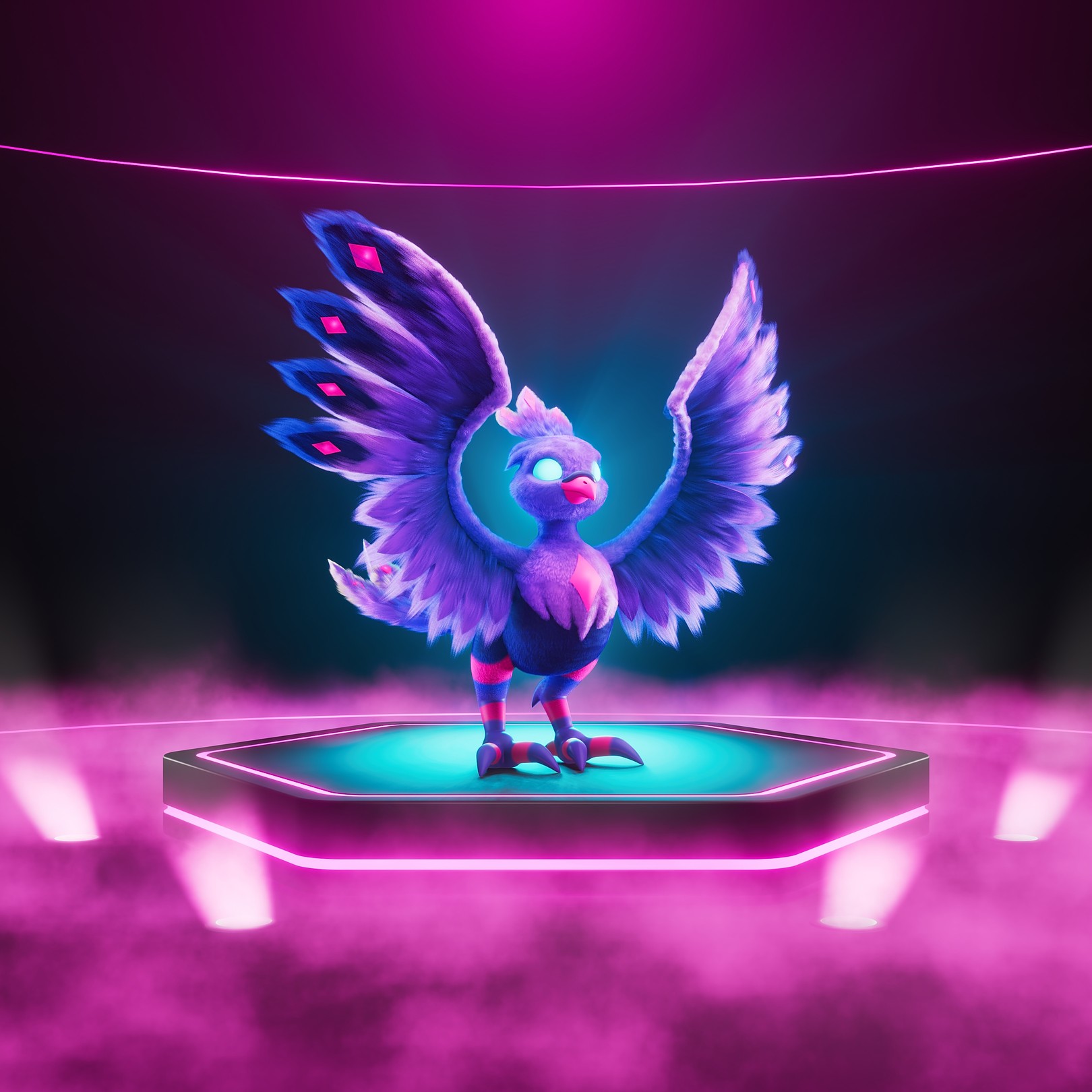 “As graceful as autumn leaves on a gentle breeze, the Fowlers are perhaps my favourite creature in the skies. Humble, common, yet beautiful.”

Fowler is an avian with stunning amethyst feathers, its eyes glowing a gentle blue as it playfully darts around the skies of [Redacted], occasionally napping on someone’s hat or stealing an unguarded sandwich. These birds are used to human presence and their settlements, often living alongside them. Nesting on buildings, in trees, rocky cliffs, virtually anything that’s some distance above the ground, Fowlers are a common sight across [Redacted]. Some regard them almost like pests, though their beauty tends to get them out of trouble.

Fascinated with anything shiny, Fowler nests are often miniature dragon hoards of little trinkets. Rings, old bottle caps, coins, anything they can carry with them in their beaks or clawed feet. While not territorial per se, they don’t allow trespassers near or into the nest itself.

Fowlers are quick and nimble flyers, but not long-distance globetrotters. As such, they often hitch rides on [Redacted] ships and [Redacted] itself, leading to the Fowlers sometimes being nicknamed  “mariner birds”. The Fowlers drawn to this lifestyle tend to stick with it, snatching fish from annoyed fishermen and being a general nuisance, albeit a pretty one.

They’re not just pretty in appearance, but they’re renowned for their song as well. As they gather in large flocks and roost closely together with other Fowlers, they’ll sing in unison, creating a melodic chorus that fills the air. Some joke that this is their way to apologise for their antics, but whatever the reason for the song, people will sometimes stop what they’re doing just to listen to the notes on the wind.