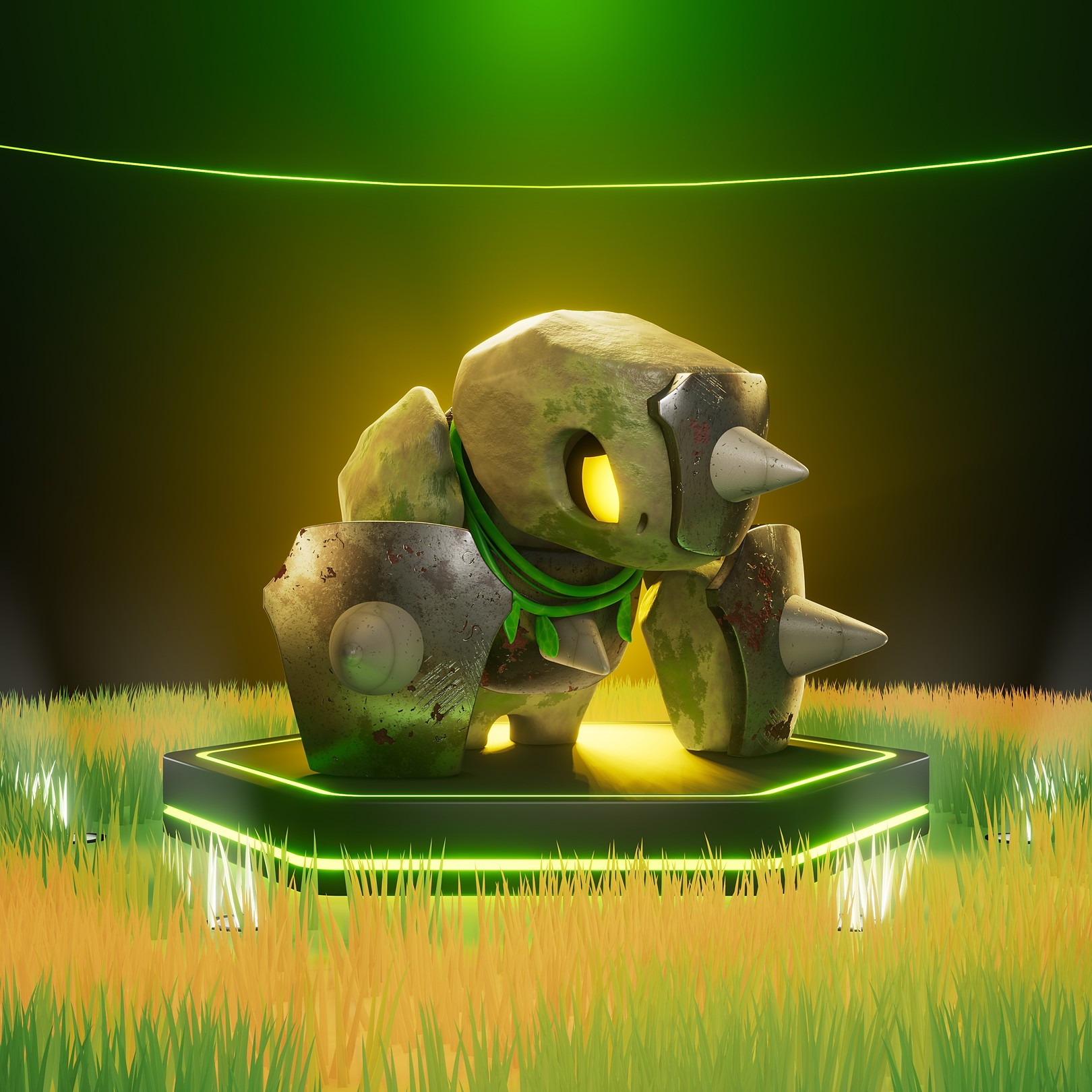 “Even that which is common can be precious.”

- [Redactec] expression, meaning don’t take anything for granted. Appreciate things for what they are.

Goloids are the tenders of the earth and forests of [Redacted], believed to be spirits giving life to stone and steel. Their bodies are constructed of several chunks of rough rock, spiked plates reinforcing their foreheads and their limbs.

Likely the toughest of all of the Pixelmon that appear on a somewhat regular basis, the Goloids are unphased by most things. They can take an absolute beating without much concern and while their own movements are slow and deliberate, they’re strong and precise.

Socially, Goloids gather into large groups, working together to ensure the health of the ecosystems they inhabit. They use their powerful limbs to dig, move and rebuild, diverting streams and planting trees as needed. They don’t seem to eat, rather they appear to be sustained either by the latent magic in the stones from which they are formed, or  they simply don’t need any sustenance. They don’t sleep either, making them excellent and popular guardians of households across [Redacted], even beyond the [Redacted].

Within the [Redacted], an old rite of passage for young adults is to go out and befriend a Goloid. How they do it is left entirely to the person proving themselves, but if they succeed they and their newfound Goloid friend are celebrated with a feast day. As the Goloids don’t eat, it’s customary to decorate them with a necklace of carved stone pendants and wooden beads, paying tribute to the Goloid’s tireless dedication to the world.