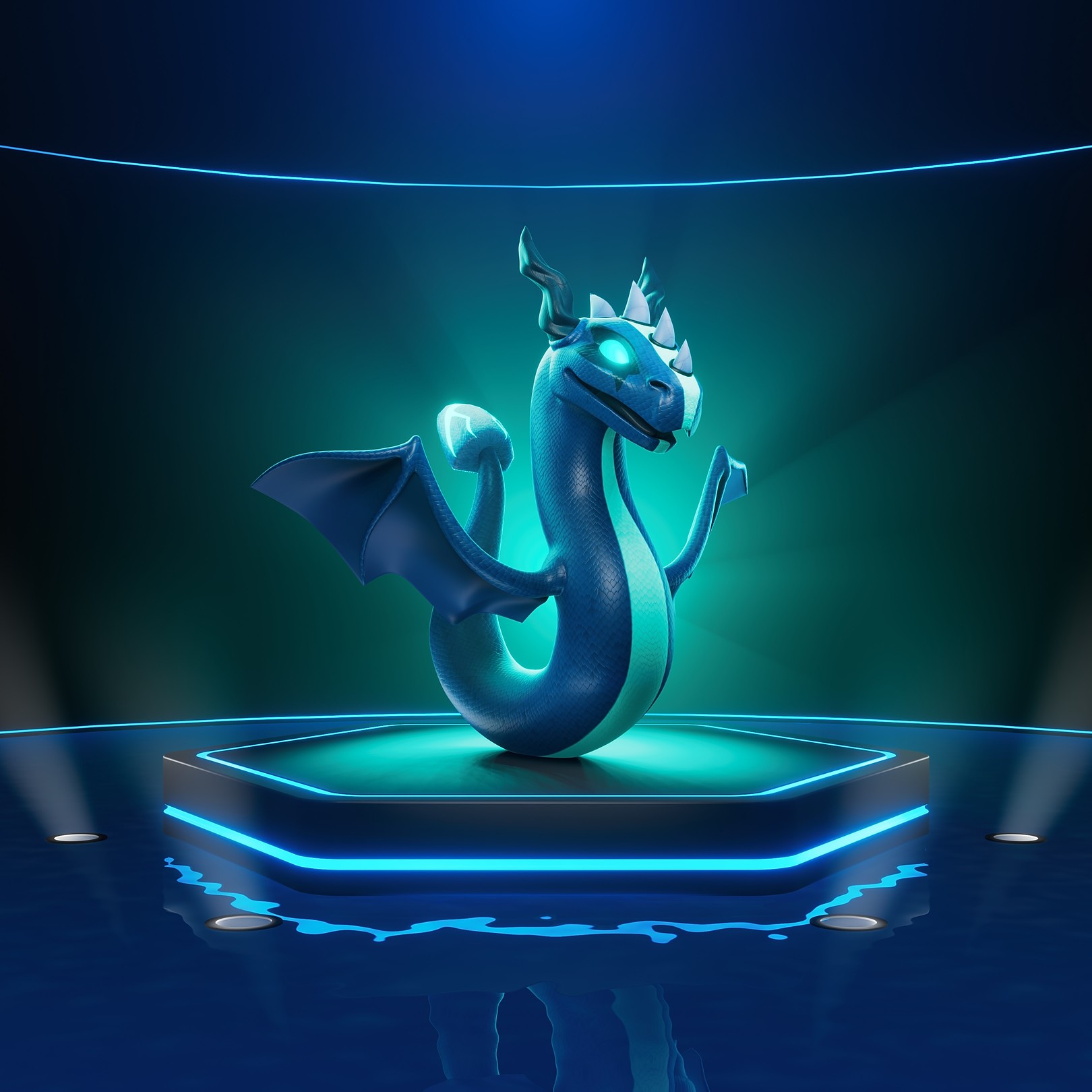 “Pay your respects, the envoys of the Leviathans have come.”

Like the sea serpents of ancient legend, the Serdras are creatures regarded with superstition, awe, and even fear. Believed to be the servants of the Leviathans, it’s thought that if a Serdra is near, then the true lords of The Great Deep are near. As a consequence, they’ve become creatures of omen, both ill and good.

While the Serdras are capable of a very limited form of flight, they spend nearly all of their time in the open ocean or particularly vast lakes. Powerful swimmers, they slice through the water with an almost hypnotic elegance as their snake-like bodies serpentine a path through the seas.

Potent and cunning predators, their seemingly toothless jaws actually act like scissors, shearing off chunks from their prey for the Serdra to feed upon. They strike quickly and out of the blue, their scales offering perfect camouflage in the open, clear waters of their preferred habitat.

In the ocean they don’t linger in one place for long, always moving to new hunting grounds that they’ll even share with other predators. At sea they often live in pairs, though this isn’t always the case. In lakes however it’s a different story, and the Serdra inhabiting it will likely be its apex predator, much like how the Leviathans occupy that niche in the oceans. They’ll hoard the lake all to themselves and fight off any Serdra who would try to enter the lake. As these creatures are very intelligent, some believe that this behaviour is actually an expression of pride and egoism. After all, why be the subject of another when you can be the ruler of your own domain?

Whatever their reasons and regardless of their pride and ego, Serdras are a common motif in [Redacted] culture. In fact, one such recurring motif is a carving called The Cycle, wherein a pale Serdra bites at the tail of a dark Serdra, who bites at the tale of the pale one to create a circle. This symbol carries as many meanings and interpretations as there are people to consider them, and in this way the Serdra is far more present in the minds of humans than its exceedingly rare nature would normally allow.