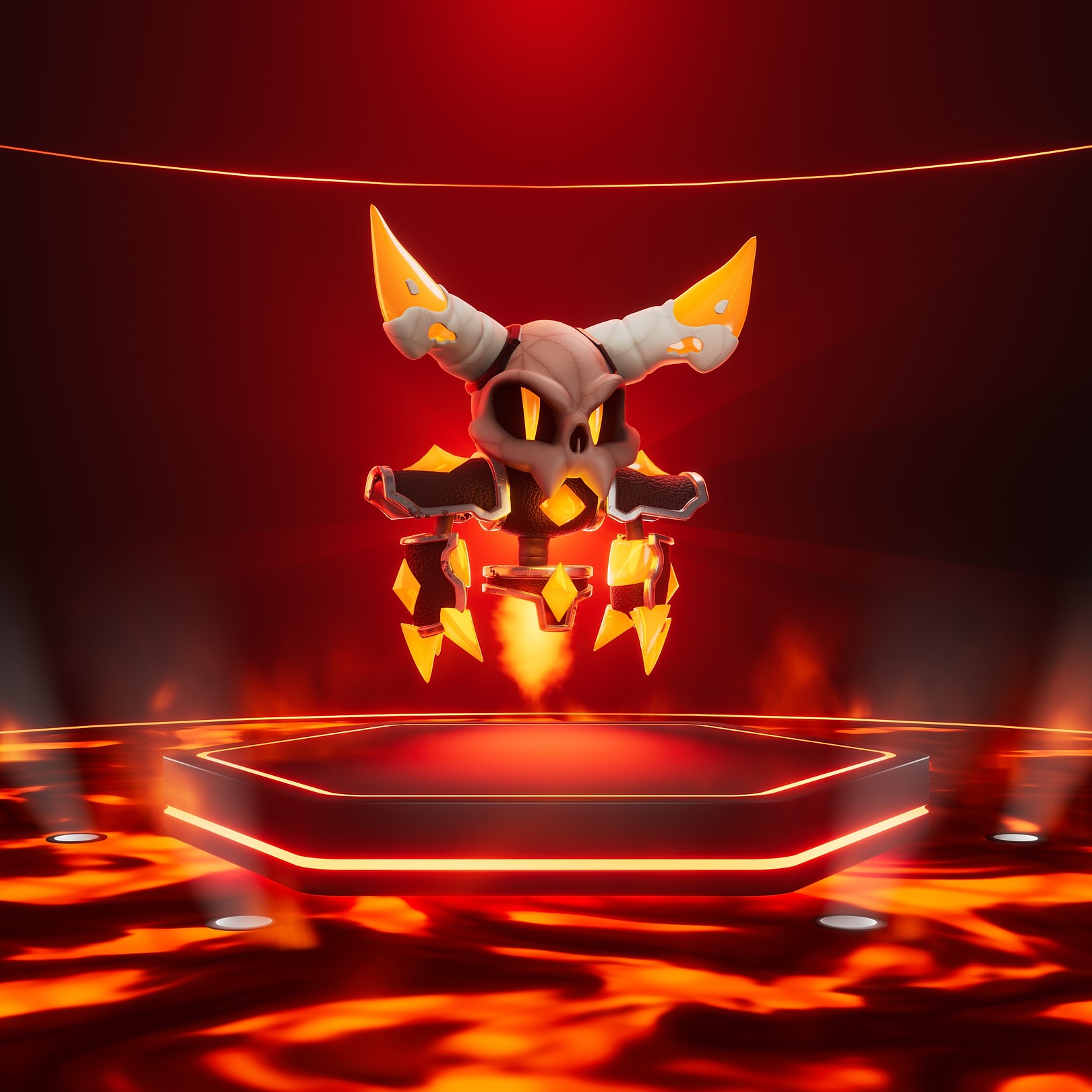 “Picture a suit of armour with legs of flame, metal fists tipped with red-hot claws and a skull that looks like cracked porcelain, crystals of blazing light staring at you from within.”

- Melu Yths, [Redacted] traveller describing a Rahzer to her people

Rahzers are quite rare, but common enough that most of those who live around [Redacted] have at least seen one in the wild. They’re popular as companions, partly for their powerful fighting ability, partly as a status symbol. To be joined by a creature of metal and fire at your side is a mark of distinction within the [Redacted], though a diplomatic incident that happened when one of their diplomats visited the [Redacted] has diminished the practice.

Rahzers, despite their presence in the minds of the people, are quite poorly understood. Some argue that they’re a type of mechanoform, like H.O.V.R or Octopod, others argue that the skull is proof that they’re something like a Marroh or Mr. Muffles, a spirit inhabiting a physical form. The debate probably won’t be settled anytime soon, but in either case they’re held in high esteem among the [Redacted], considered to be an ancient tribe of the volcano. In [Redacted] folklore, Rahzers guided the construction of [Redacted], giving it the general shape it has today. How they did this varies depending on who tells the story.

While often solitary, whenever they do come together in groups, they have an odd habit of moving in formation. They move as one, changing direction in unison with perfect coordination. Some believe that one day, every Rahzer in the world will come together and march across the continents, burning away the old so that the new might come. This belief is so old no one knows when it achieved this prophecy-like status, but it has slowly fallen out of favour over the years. These days, very few actually believe that it ever could happen, much less that it will.

In battle, they’re a powerful combination of speed, strength and toughness. While they are fast, they’re not agile, so they rely on their metallic armour to protect them from harm. Chief among their weaknesses is their inability to hover over or float in water, as such they’re never found near open bodies of water like lakes, rivers or the coasts. If one should fall into the sea it would be unable to get itself out of the water.

This fact has led to the [Redacted] believing that ocean volcanoes, both below the surface and those that grow into fully fledged islands are created by Rahzers trapped in this way, though there’s no proof to confirm this idea. Outside of this belief they have shown no ability to control the world around them at all, much less create entire volcanoes.