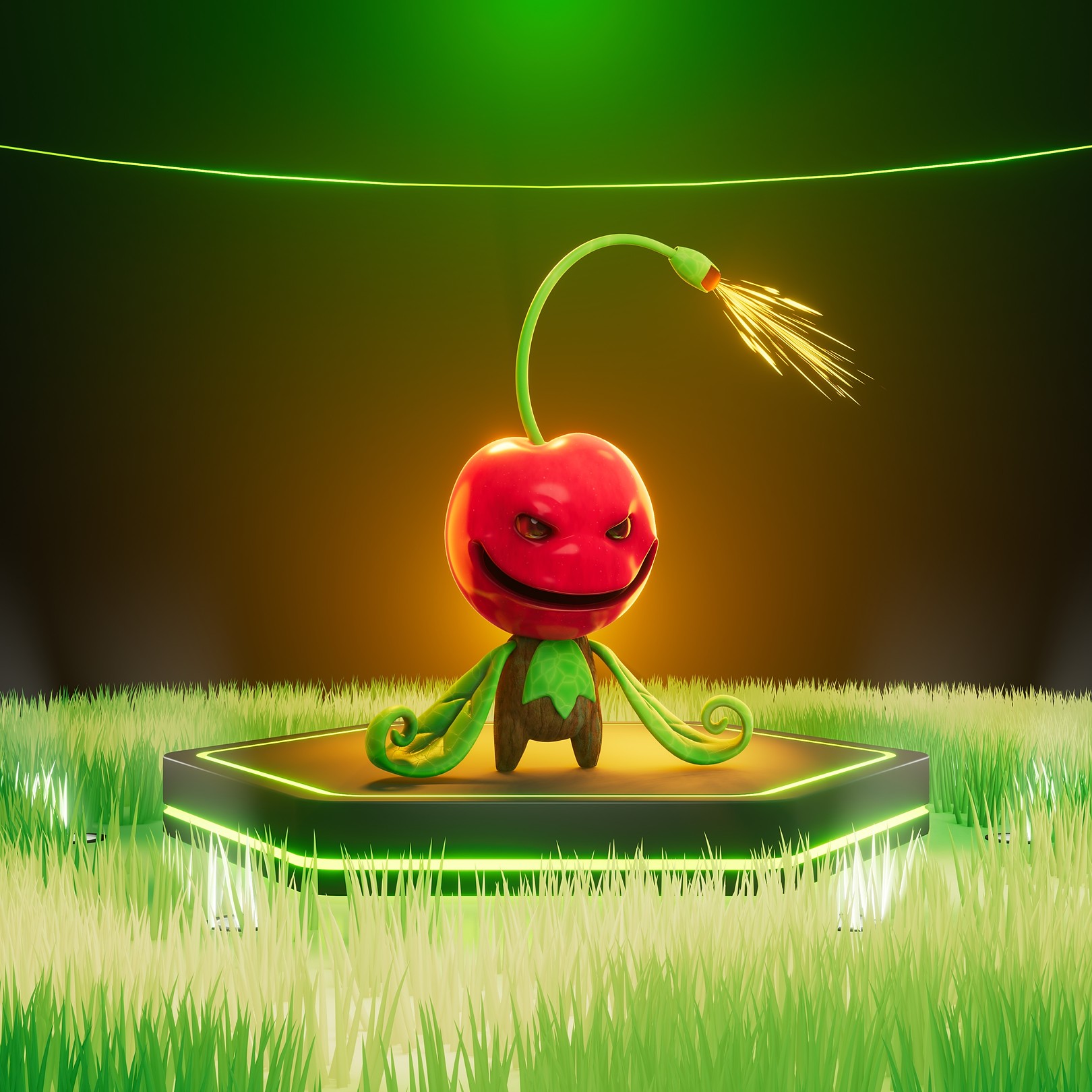 Cherrybombs have earned their colourful name due to their peculiar properties. A large, red, grinning head, complete with stalk, rests on a wood-like body with two stubby little legs and large leaves arranged like a cloak.

While alive, Cherrybombs are quite peaceful. They sustain themselves by drawing nutrients and water from the ground, and with the energy they absorb from sunlight they drive processes that allow them to live.

What really makes them strange however, is the spark that burns away at the end of the stalk. It’s not known why or how its lit, but as long as the Cherrybomb lives the stalk grows at a rate just barely faster than the spark can burn through it. Barring a few outliers, living Cherrybombs haven’t exploded.

When they die however, the stalk stops growing. Little by little, the spark eats away at it until it reaches the head, and once it reaches that point the Cherrybomb goes up in a spectacular, fruity explosion.

As a consequence of this, they’re never found anywhere near anything that could set them off, such as open fires or hot, dry climates. When a human brings a Cherrybomb to battle, the stalk is protected by drenching it in water until it’s absolutely soaked. So far this method has worked like a charm and no Cherrybombs have been known to explode during sparring bouts, not even when up against fiery Pixelmon. Despite this, such matchups are generally avoided in the tournament schedules.