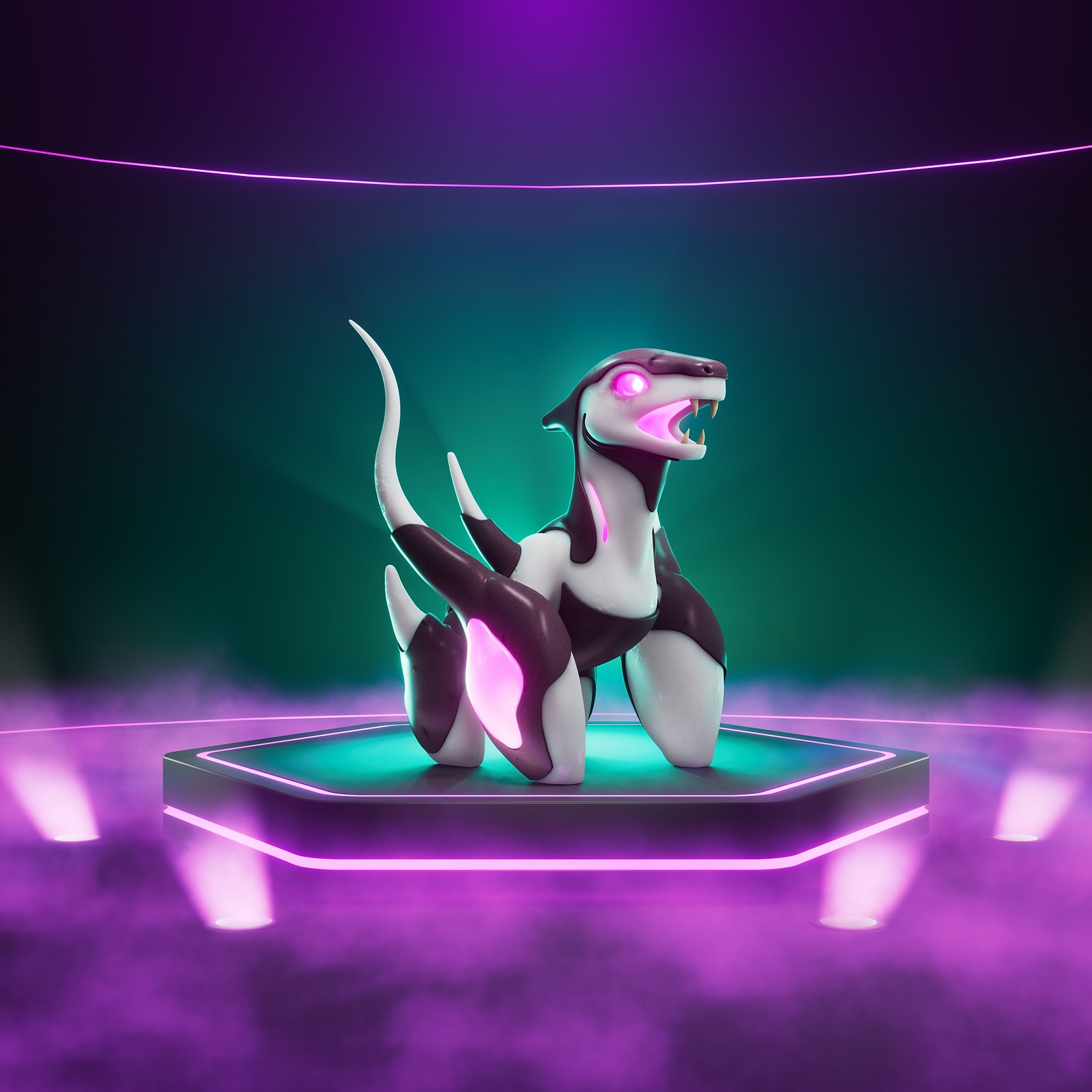 Primeon is a true oddity of the sky, borne aloft not by wings, but rather through some unknown magic not seen elsewhere. Clearly it does fly, but the how remains a mystery.

Visually, Primeon resembles what one might imagine when asked to think of an ocean-going creature. A smooth skin, dark in colour across the back and the top of the animal’s head and tail, with a pale throat and accents. Where the Tatsumaki’s flight is extremely quiet and difficult to hear, the flight of a Primeon is entirely silent. This is very useful to them as they are largely nocturnal, preferring to hunt and move at night. Their mostly dark skin combines with this property to make them quite difficult to find, and even more difficult to actually locate when they have been found. Primeon’s eyes and forelimbs shine with purple bioluminescence, further contributing to their deep sea appearance. Aside from this glow, their most striking feature are their tendril-like appendages, believed to be responsible for their otherwise unexplained flight.

Primeon stays far away from the mountain ranges where the Tatsumaki live, likely to avoid competition for similar prey as well as the risk of a direct confrontation. The Primeon are highly territorial and are unlikely to form any kind of peaceful coexistence with another large flying predator. Instead, Primeon lives near the coast, its night time hunting aided by its spectacular low-light vision. Among those aware of Primeon’s appearance, it is widely believed that the amethyst glow of their eyes is responsible for this excellent night vision.

Socially, Primeon come together in groups of three to twelve, nesting on coastal cliffs and in caves. Each member of these packs shares a common territory, but should another pack intrude on this territory things are likely to end in violence. There are no documented instances of packs sharing hunting grounds, a historical precedent that seems unlikely to change. Occasionally however, Primeon will set out on their own, taking up a solitary lifestyle away from others of their species. Those that do take up a nomadic lifestyle, usually wandering the coasts but sometimes venturing further inland, typically staying near lakes and rivers. They generally shy away from human settlement, and this reclusive nature combined with their proficiency at stealth makes them very difficult to track.