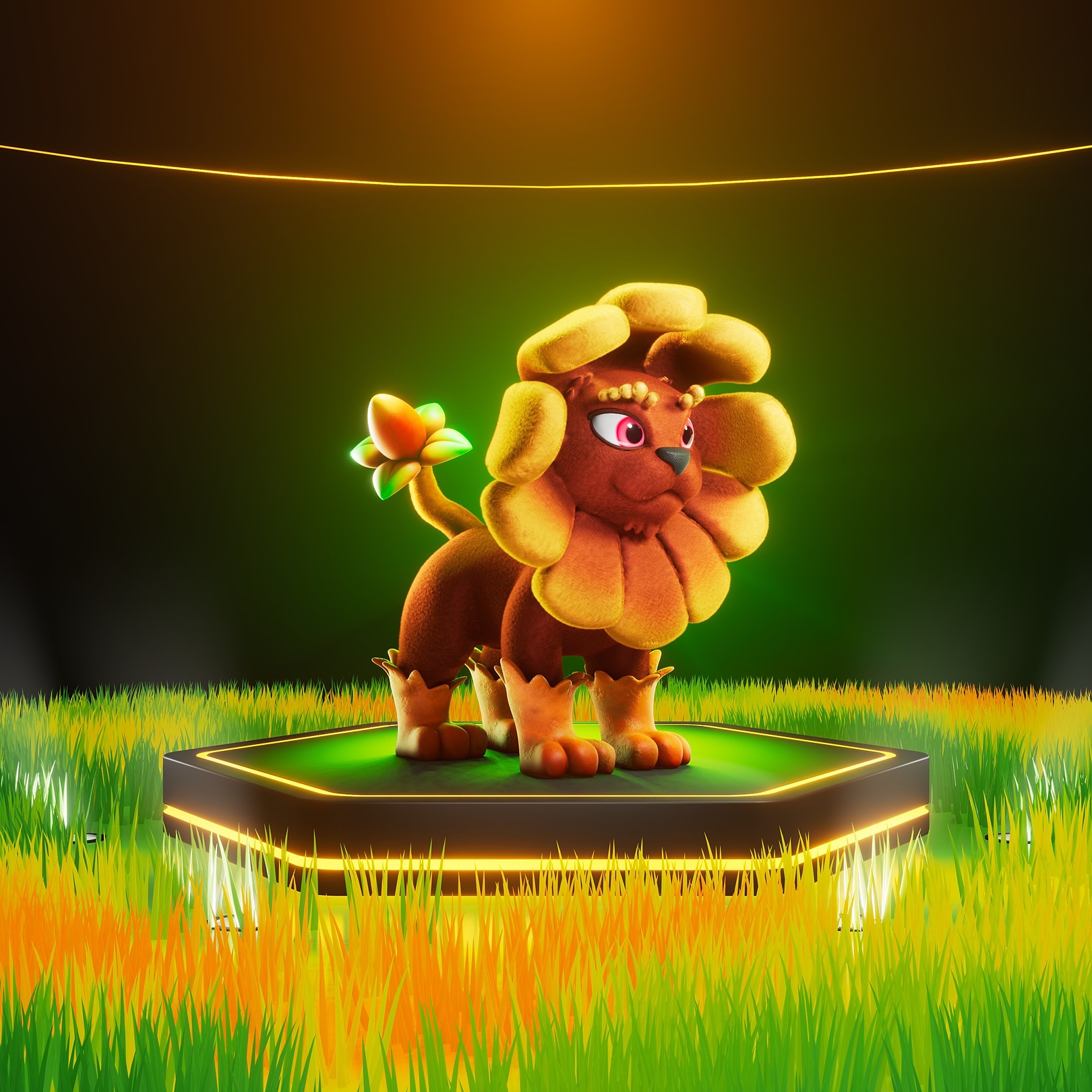 “As you travel through the fields and forests of [Redacted], you might hear a joyful bark or three from the undergrowth, the scent of flowers in the air. If you’re lucky, the Wufflers might just let you pet them.”

- Days out in [Redacted] by Madeline Meront

Wuffler is arguably the staple animal of the open, flowering plains of [Redacted] as well as the edge of the forests bordering those plains. Roaming around in large packs, their earthen and warm yellow hues allow them to blend into the tall grass as it sways under the sun. When they’re running, their presence is often given away by barking or the grass swaying like a wave, maybe even moving against the wind.
‍

Their most visually distinct feature is their petal-like collar, wrapping all around their necks. Some think it acts as a cone to trap sound so that they can better hear what may hide in the grass ahead, whether it be friend, foe or food. Their senses of hearing and smell are both very sharp, likely invaluable tools in their favoured environments.
‍

Individually, a Wuffler isn’t very imposing at all. However, their sunny disposition and friendly nature has made them popular pets and companions across all of [Redacted], and they often get along well with other Pixelmon. Being very social animals, they seek affection in the form of pets and scratches behind their flowery collar.
‍

It isn’t their power or ferocity that leads humans to appreciate them, but the fact that you will rarely ever find a friend more true than a Wuffler. In fact, the [Redacted] legend of Florence Ventu tells how everywhere she went, through thick and thin, she was accompanied by a Wuffler she named Oscar.