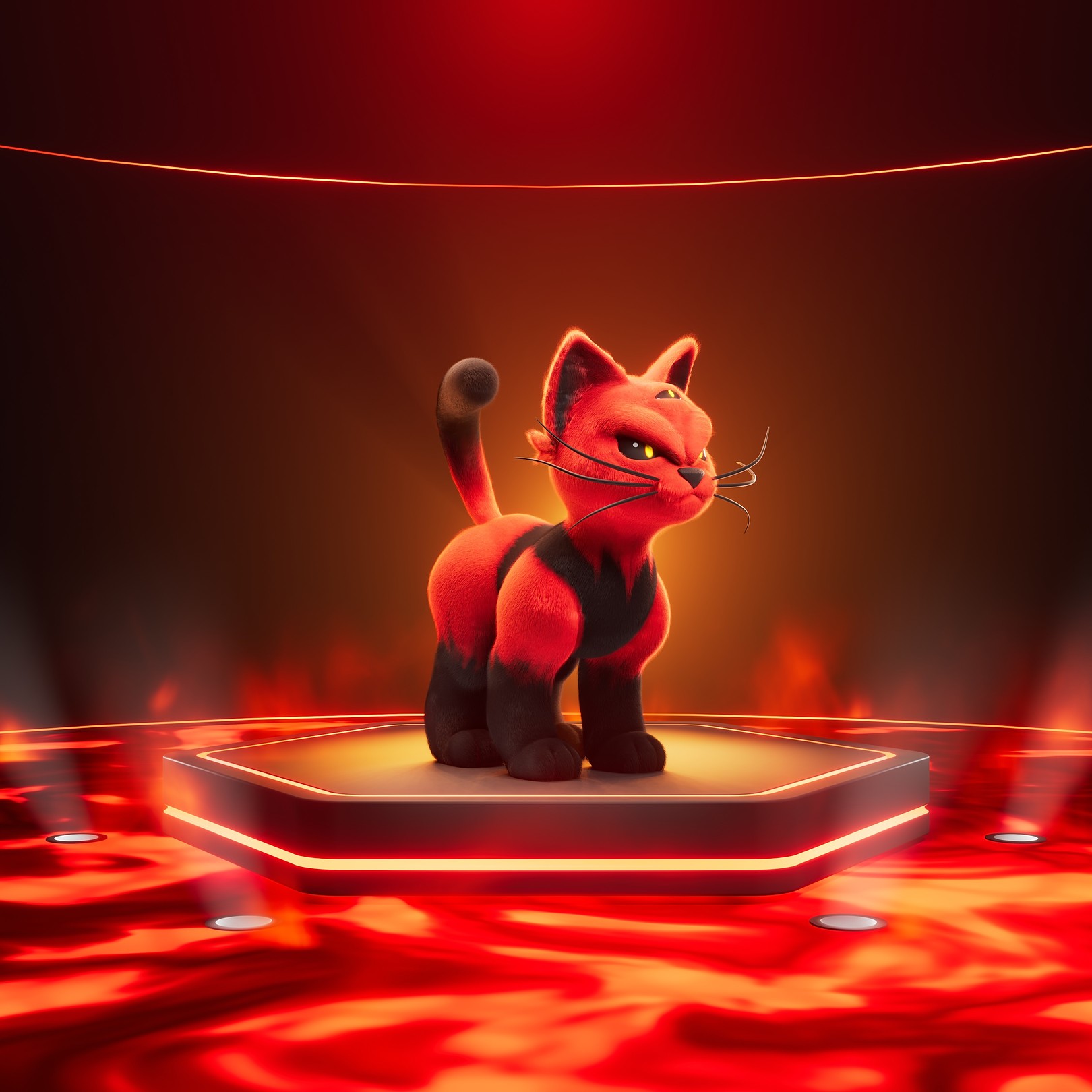 “Mind those flames, they do more than just burn and burning is unpleasant enough as it is.”

With red fur and three eyes, Purralysis makes a striking first impression. The fur darkens along its chest, paws and tail, and its expression almost always looks like an evil smirk. While likely just a result of human imagination, that smile is very fitting for a Pixelmon nicknamed “The Cruel Flame” among the [Redacted].

The reason for this title is right in the name Purralysis. The flames from this animal not only burn, but they paralyse those burned by them. It uses this in a similar way that other animals might use venom to hunt prey, weakening its victim before moving in to finish it off. Much like poison, the paralysis isn’t permanent, but being set on fire and unable to move to find water or try to extinguish the burning is a grim idea.

It prefers to hunt alone, its social structure being one of spontaneous cooperation. Sometimes they’ll join together for a hunt, share their success, and then simply part ways again. They don’t form long-lasting groups with other Purralysis, but they don’t appear particularly territorial. They don’t mind other Pixelmon sharing their territory, though that’s a rare occurrence anyway.

In terms of habitat, Purralisys prefers volcanic plains, lands where the ash has formed something a bit like a desert. Heated by embers in the ash and any nearby lava flows, this preference does mean that humans rarely come into contact with them.

While on the surface the title may be well deserved, Purralysis isn’t a cruel creature by choice or in its personality. It simply has a trait it uses to help itself survive, just like most other Pixelmon would and do. This rational line of thinking hasn’t caught on however, and humans are likely to relocate if a Purralysis moves in nearby.

An interesting discovery was made by the [Redacted] zoologist Korden Smith, who noted that upon befriending a Purralysis, it seems that they can somehow control whether or not their flames cause paralysis. Having been burned in the hand at one point, he wrote in his findings that he experienced no paralysing effect. Unsurprisingly however, few people would choose to trust this discovery if given the opportunity to pet a Purralysis. It’s difficult to blame them, after all the expression “Once burned, twice shy” supposedly comes from someone having tried to tame one in ages past.