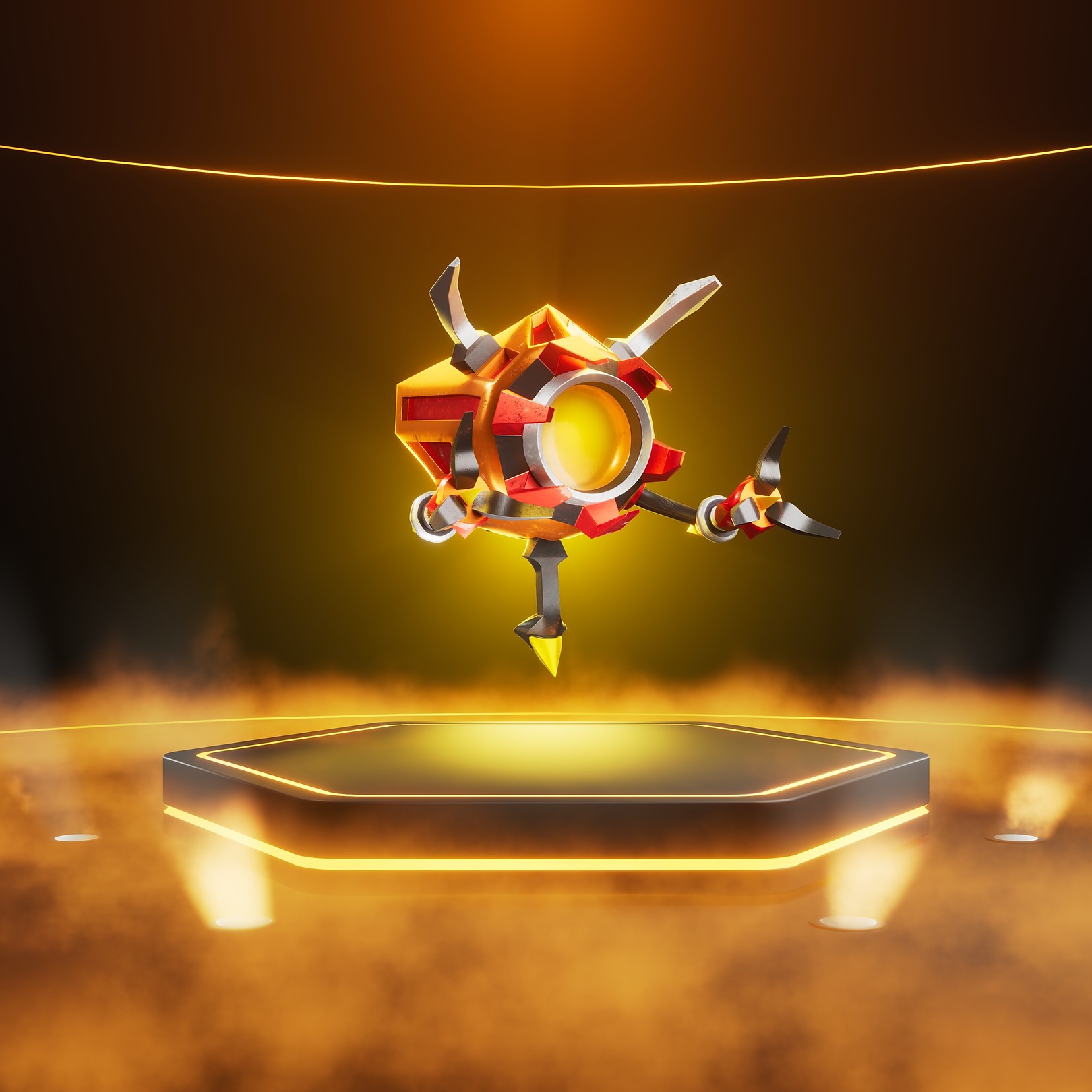 “If you want to see something done right, watch a Hubb-L do it.”

Hubb-Ls are mechanoform Pixelmon, similar to others like H.O.V.R and Octopod. Their bodies are a metal construction featuring many sharp angles, the various components coloured red, copper, plain metal and shades in between.

While they lack a true face, their front has a large central eye protected by metal standoffs. They have two arms, each with a three-digit grasper at the end. Their arms may look thin, they’re quite strong for their size thanks to their mechanical nature. They’re fast flyers, though they lack the grace or agility of creatures like the Tatsumaki or Luna.

Like with all other mechanoforms, their original creator and purpose is unknown, and guesses have to be made based on observations of how they act. Hubb-Ls in particular have been observed almost obsessively repairing broken mechanical systems, including other damaged mechanoforms. They tend to stick to specific locations, such as the vast expanse of scrap known as The Steelyards. In this landlocked reef of jagged metal they fly between the spires of rusting iron, scavenging parts to repair the systems that can be mended, including any fellow mechanoforms, regardless of type, in need of aid.

While not quite as durable as H.O.V.R, the Hubb-Ls have the advantage of arms, something that H.O.V.R simply doesn’t have. H.O.V.Rs have been known to visit The Steelyards when damaged, in order to seek repairs from their diligent mechanoform cousins.