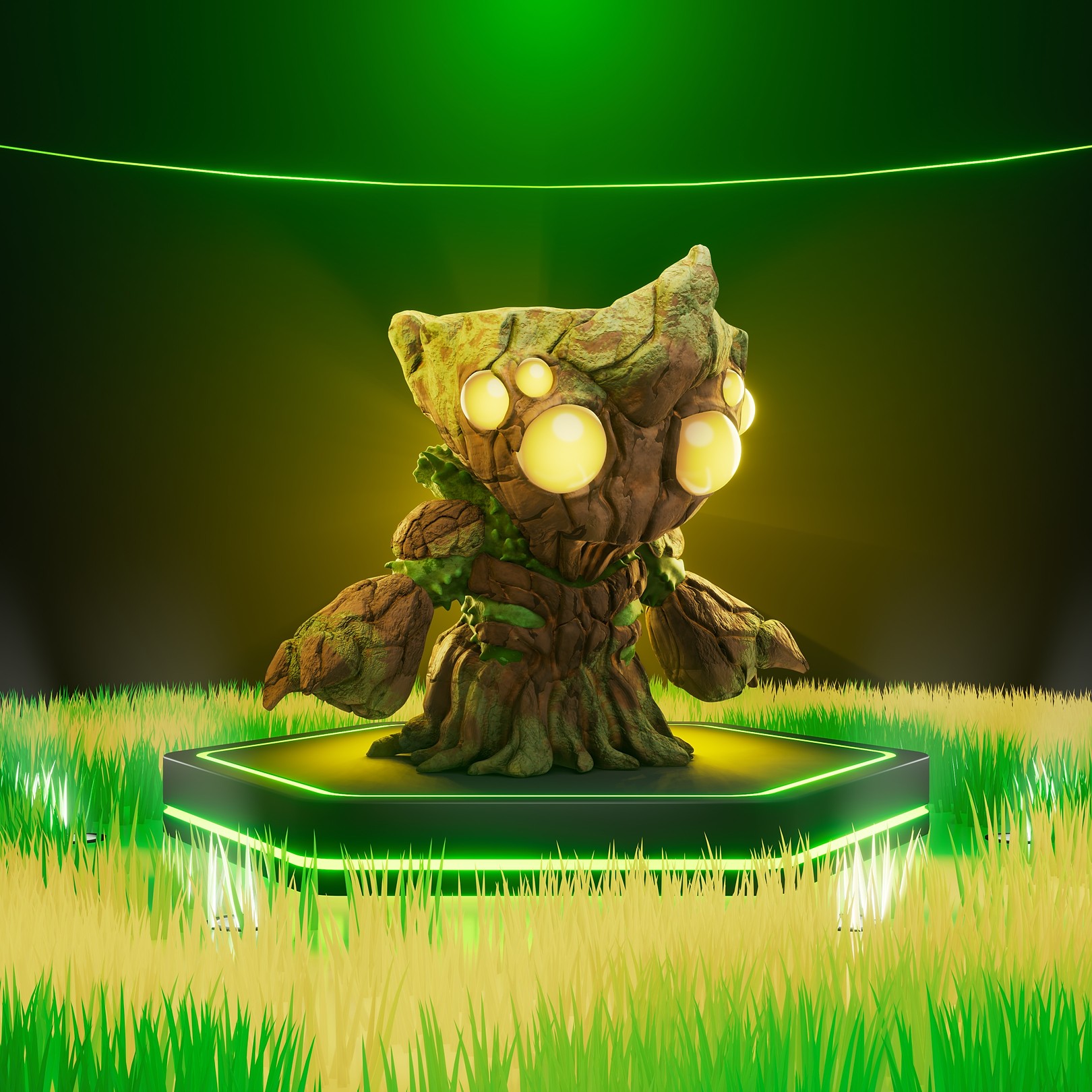 “If the tree moves, put your axe down. Just go find another tree instead.”

Droots are prolific, inhabiting every known forest of the world. Together with the Goloids they work to maintain the health of the land around them, expanding woodlands where needed and clearing them where necessary.

The Droots themselves are large, wooden spirits fashioned from armoured bark. Slow to move and even slower to act, every motion they make serves some purpose. No effort is wasted, everything they do is aimed to fulfil their role as protectors and nurturers. The [Redacted] regards them as sacred and a few pioneering explorers of the [Redacted] learned early on that some trees in the forest are not for felling.

Unlike the Goloids however, Droots must spend some time resting and nourishing themselves as well. To do this they take root and fall into a sort of slumber, drawing what they need from the earth that they have toiled so persistently to preserve and cultivate. In this state they do still maintain some perception of the area around them, and they will wake if they notice anything intending to cause them harm.

While they are protectors of the forest, they will allow humans to harvest some timber from the areas they protect, as long as the trees they’re after aren’t Droots. Even so, it’s wise not to take this generosity for granted and only take the bare minimum necessary.