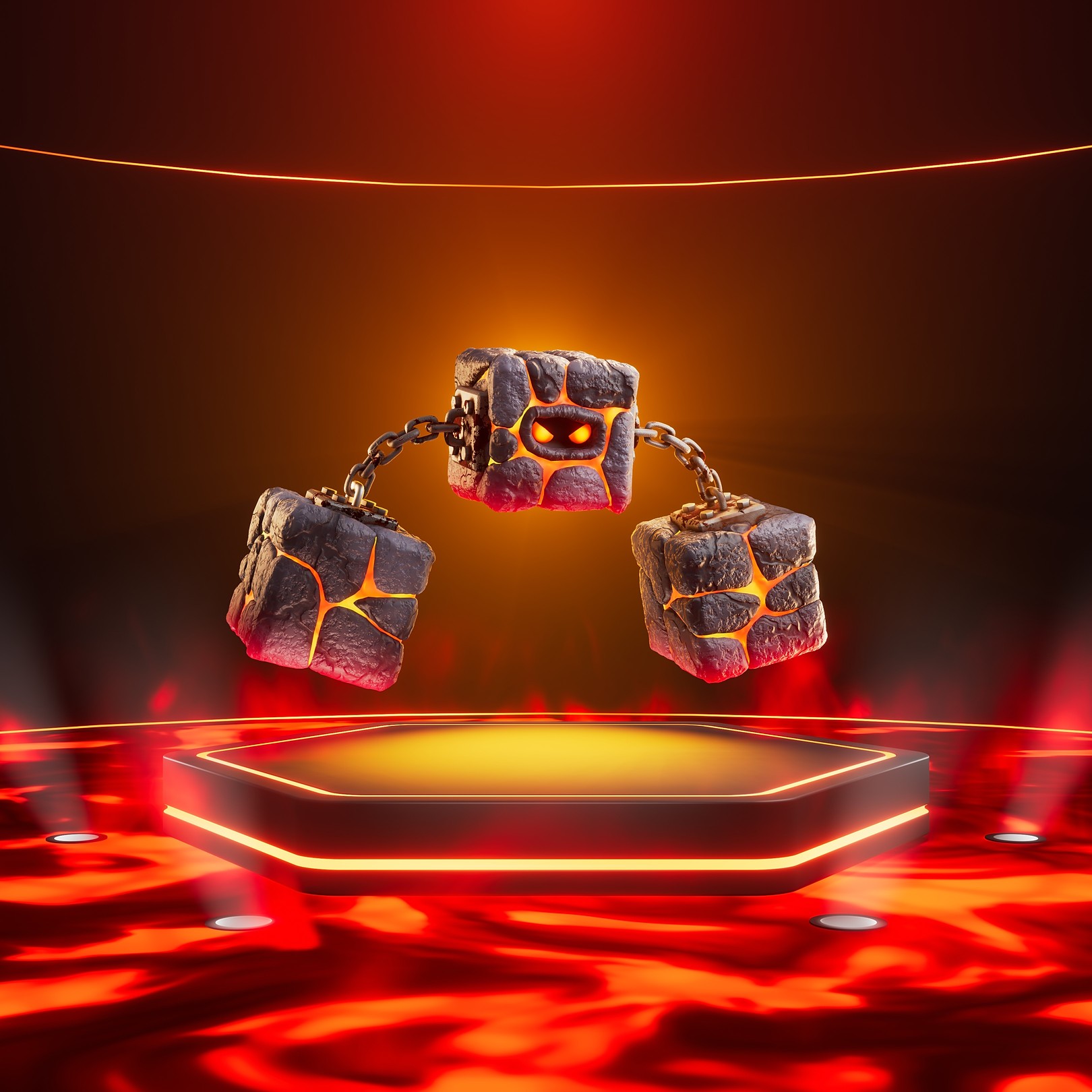 “Is that which flies truly free when it is shackled by its kin?”

Despite being so commonplace, Cubix raises many questions that go unanswered. While no one knows how Pixelmon such as Goloids fashion their metal armour, Cubix is a puzzling creature even when compared to its peers.

Three cubes of smouldering rock are linked together, one in the centre with a pair of burning eyes, linked by chains to a cube to its left and another to its right. It’s believed that the cube in the middle is the actual Pixelmon, but then that raises the obvious question, why the additional cubes? Why the chains, and where did they come from?

As the second and third cubes have no facial features, some say that the chains are in fact the creature's arms and these extra cubes are its fists. But that still doesn’t answer why these chains are there at all, for if it forms from molten rock then why not just use that for the arms as well? This question too lacks an obvious answer, and this leads some to think that the Cubix either are or were once enslaved fire spirits. Who would, or could have done such a thing is just as much of a mystery, and the nature of these creatures is a popular topic among zoologists and philosophers of all the various tribes.