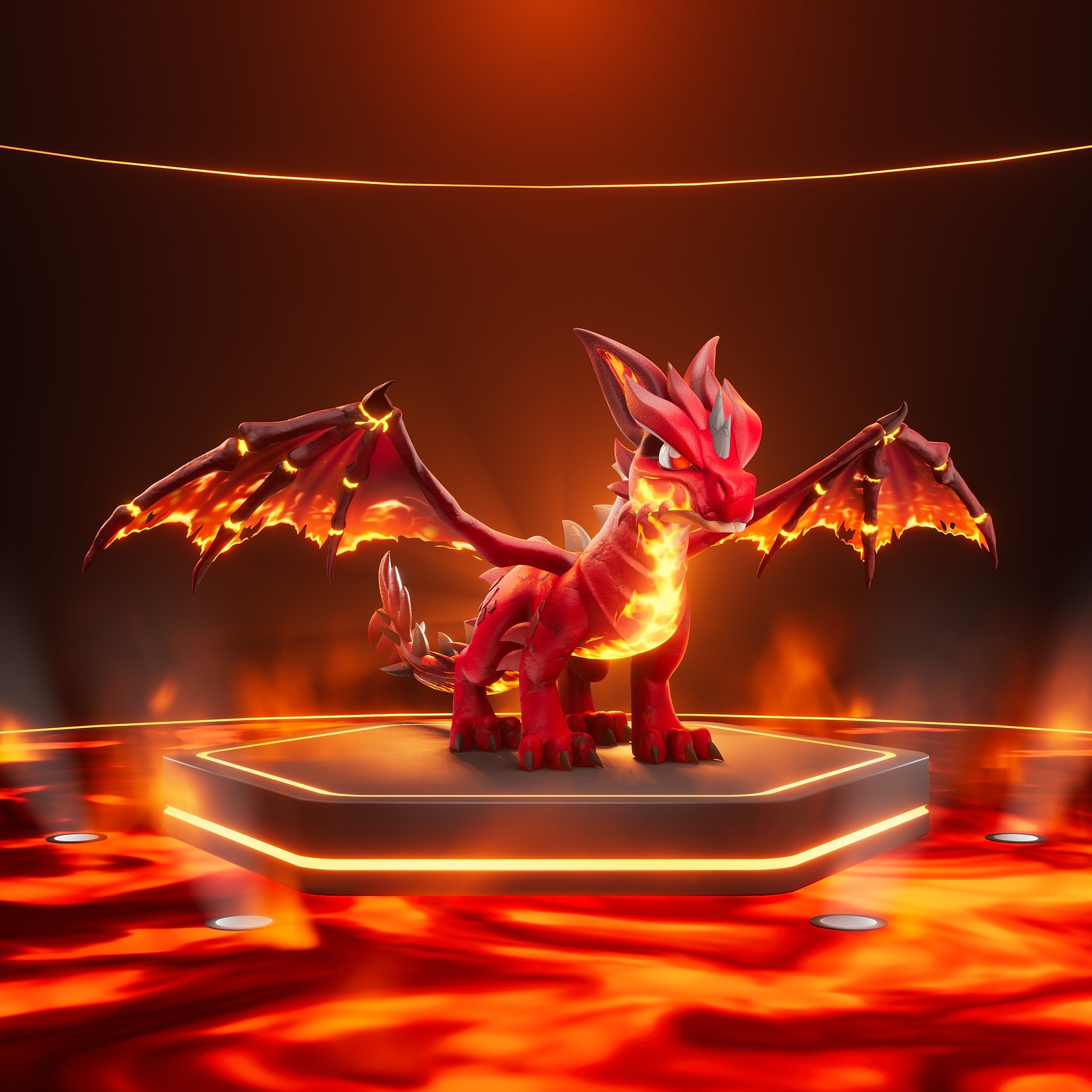 “I have stood in the great forges of [Redacted], explored slumbering volcanoes and delved into the smouldering depths of the world. Time and again I have braved the flame, yet none have ever sparked fear in me. How could they? For they are but fading embers compared to what I have seen.”

- Akkan Fyr, giving an account of witnessing a rampaging Vulcanos

Vulcanos is the very idea of the world’s flaming heart made manifest. A catalyst for destruction and change, the devastation they can bring often leaves room for new life to grow. Not that that knowledge offers much comfort to those caught standing before a blazing beast of fiery fury, even their bodies are alight with the volcanic might from which they are rumoured to be born. Their crimson scales and oxide-red armour plates lend themselves to an image from the tales told on [World Name] in the age before it was as it is now, wreathed in smoke and flame.
‍

If one is brave, or perhaps foolish enough to linger for a closer look, the creature’s power is expressed in every ounce of their being. Everything about their wings, tails, the large metallic blades protruding from their heads and the searing heat they radiate exudes power.

Molten rock and metal runs like blood in their veins, and as they live, age and fight, their wounds become their armour as their blood cools when exposed to the open air, sealing the wound behind plating of a strength that few creatures can match. Their massive weight makes them poor in terms of mobility in the air but should they take to the sky, they can dive into the ground with reckless abandon, essentially striking whatever their target once was like a spear from the sky.

Thankfully, not only are the Vulcanos extremely rare indeed but this rage is not constant. While some speculate that young Vulcanos are more prone to fits of destructive rampaging, it is believed, or perhaps hoped, that much like the armour formed by their blood, their temperaments cool and temper with time. Tales tell of wise Vulcanos protecting dangerous secrets hidden deep within the depths of the world, or others who have been sought for counsel in ages past.

While foul of temper and a terrible sight to behold when angered, they are not perpetually furious. A Vulcanos is, like most creatures, most vulnerable as it sleeps. This is doubly true for their kind, as they need time to stoke the fires within them to achieve their full potential. Being aware of this weakness, they typically dwell in inaccessible places, such as in the cracks between continental plates or surrounded by lakes of lava.