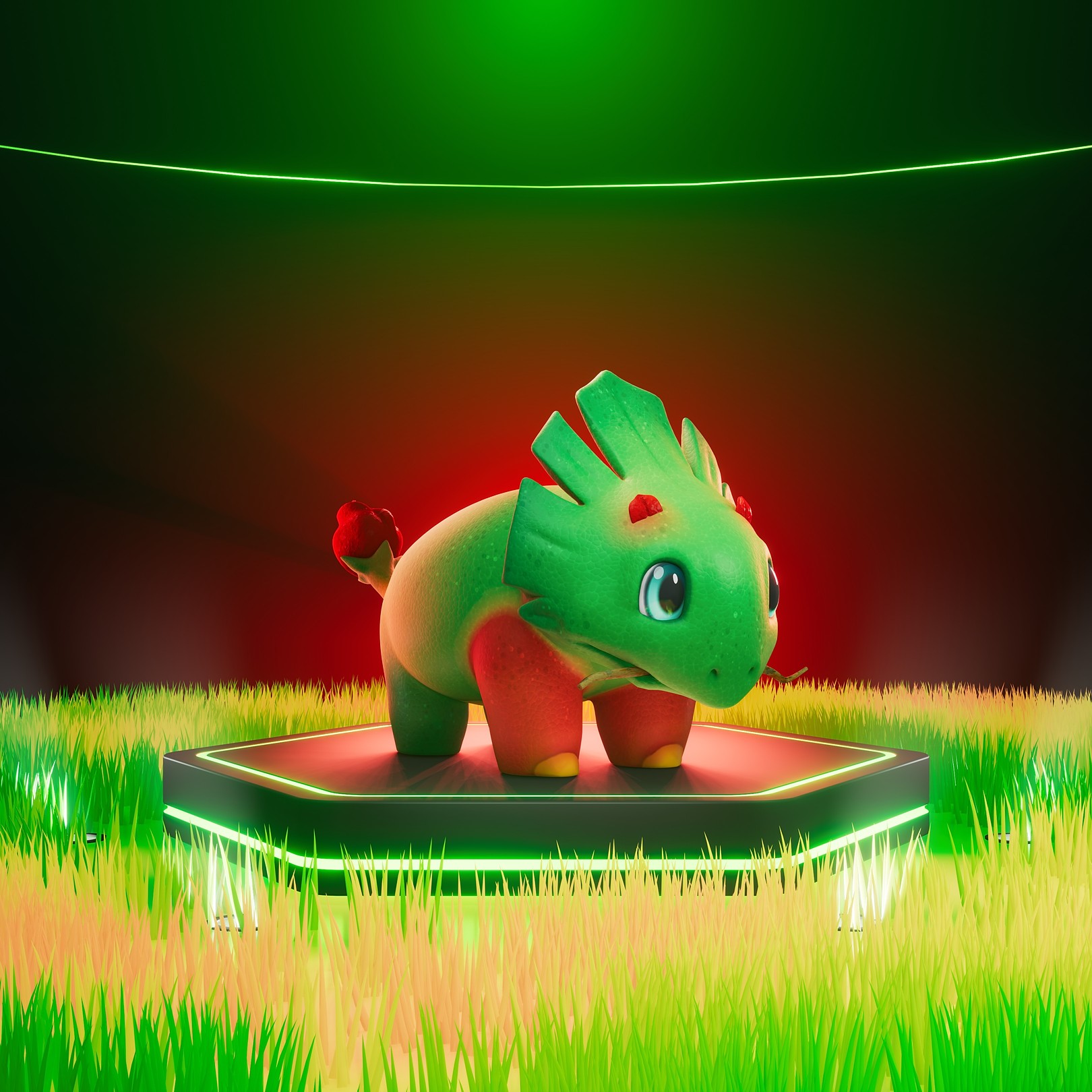 “Speed isn’t everything. Reliability has its charms too.”

- Days out in Eden, Madeline Meront

Florasaur is a large, quadrupedal animal, solely roaming the vast open plains of [Redacted]. There they graze under the enormous, open skies, gorging themselves on the grasses and flowers.

Perhaps the strangest thing about the Florasaurs is that flowers aren’t just a part of their diet, but a part of them too. Their tails are in fact flowering plants, and from their foreheads sprout two petal-like growths that look a little like eyebrows, or the red, flowery equivalent thereof. Their necks are protected by a sturdy shield, extending from the rear of their heads to cover what would otherwise be a weak spot. Their tough, scaly hides and sheer mass ensures that most predators just leave them alone, going for easier prey instead.

These lumbering creatures, while tough and strong, are not much faster than the ground they walk on. This reliable, but slow nature is reflected in the [Redacted] story of The Florasaur and the Byrus, where a cocky Byrus ends up losing a race to a Florasaur as the Florasaur just keeps on marching while the Burys spends its time on other things, being so certain it’d win.

While quite rare, older Florasaurs grow to be so heavy that the rumble of their footsteps can be heard from quite far away. In combination with an unusually territorial behaviour for a herbivore, Florasaurs will actively chase away both humans and predators that intrude on their lands. While they are indeed slow, they can keep up the chase for hours without interruption. Simply put, it’s best not to anger one and local predators tend to learn the extent of a Florasaur’s territory in quick fashion.

Socially, they form small, tightly knit families where the older individuals look after the younglings until they’re old enough to set off on their own and form new family groups. They grow up very slowly, and this means that there aren’t all that many of them out there despite their impressive capabilities.