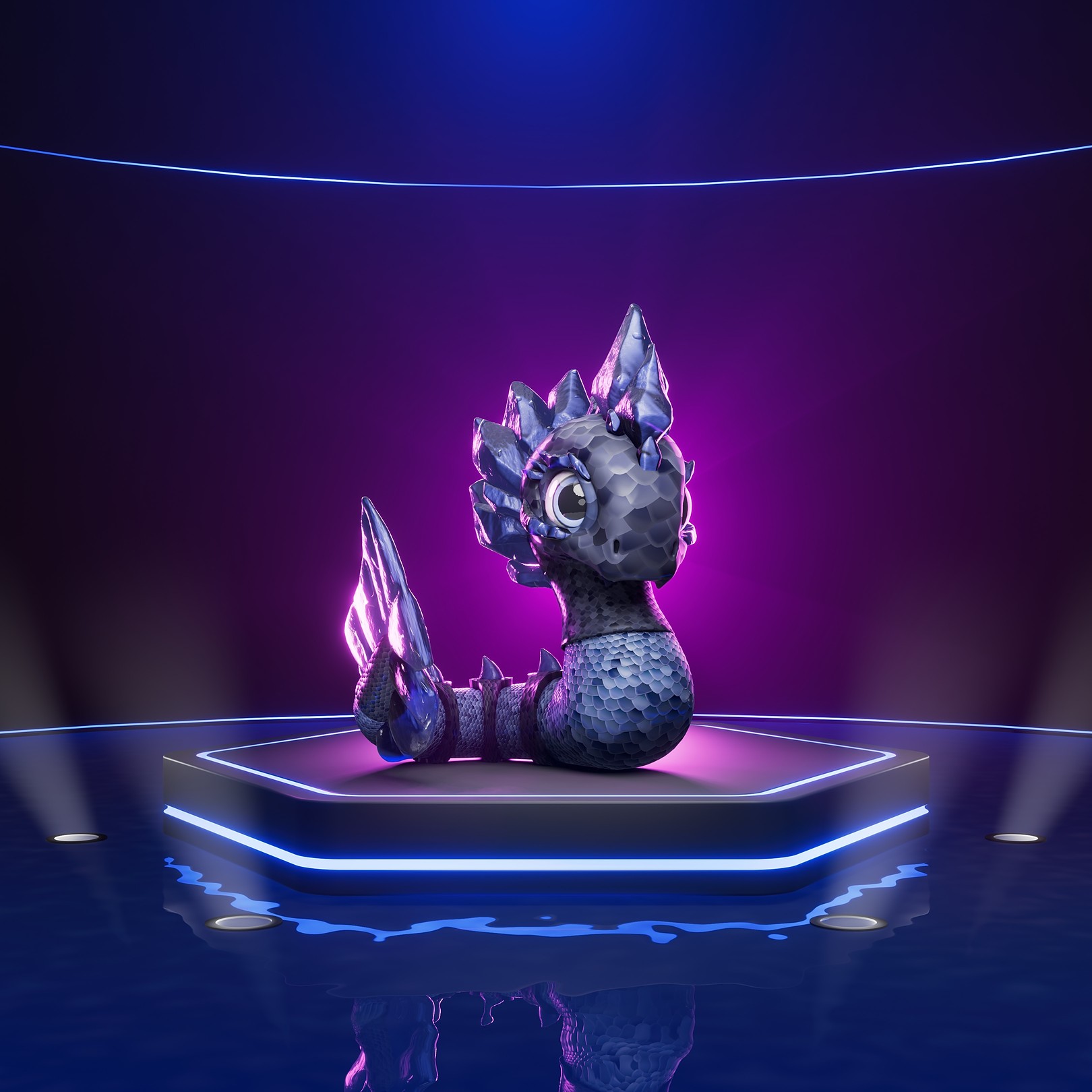 Nicknamed “The Shimmering Serpents” by the [Redacted], Nethras are the primitive jewelsmiths of the Pixelmon. Burrowing through lakebeds and seabeds alike, they hunt for shiny stones with which they adorn themselves. Using their small, yet very sharp, bladed teeth, they gradually carve the gems into rough shapes. How the gems are then bonded to the scales remains an open and debated question, but the most widely accepted theory among the [Water Tribe] is that the particular stones they find undergo some form of reaction when they make contact with the Nethra’s scales.

‍
Usually slithering along the bottom of whatever body of water they’re inhabiting, they prefer sandy environments but rocky ones will do in a pinch. Sometimes, an entire stretch of beach can be almost blindingly bright, as a whole group of Nethras might’ve come up to bask in the sun. Lacking gills they are air breathers, meaning that they must come to the surface for gulps of air when in the water and that they can breathe on land.

They tend to live in groups, though it isn’t rare for some to venture out on their own. They typically have adventurous personalities, eager to explore nooks and crannies as they hunt for more gems. They mostly eat small fish, but they also scavenge their habitat for carrion.

On land they move in much the same way as any terrestrial snake, though their decorations mean that they can’t hide very well. As such they don’t really bother to hunt on land, but time on it is mostly spent either basking or moving between different bodies of water.

They’re affectionate animals, though that affection is usually reserved for other members of their family group. They can live for several decades, and as such it’s not entirely uncommon for the Nethras who have adopted a human family to see a couple of generations before they themselves pass on.