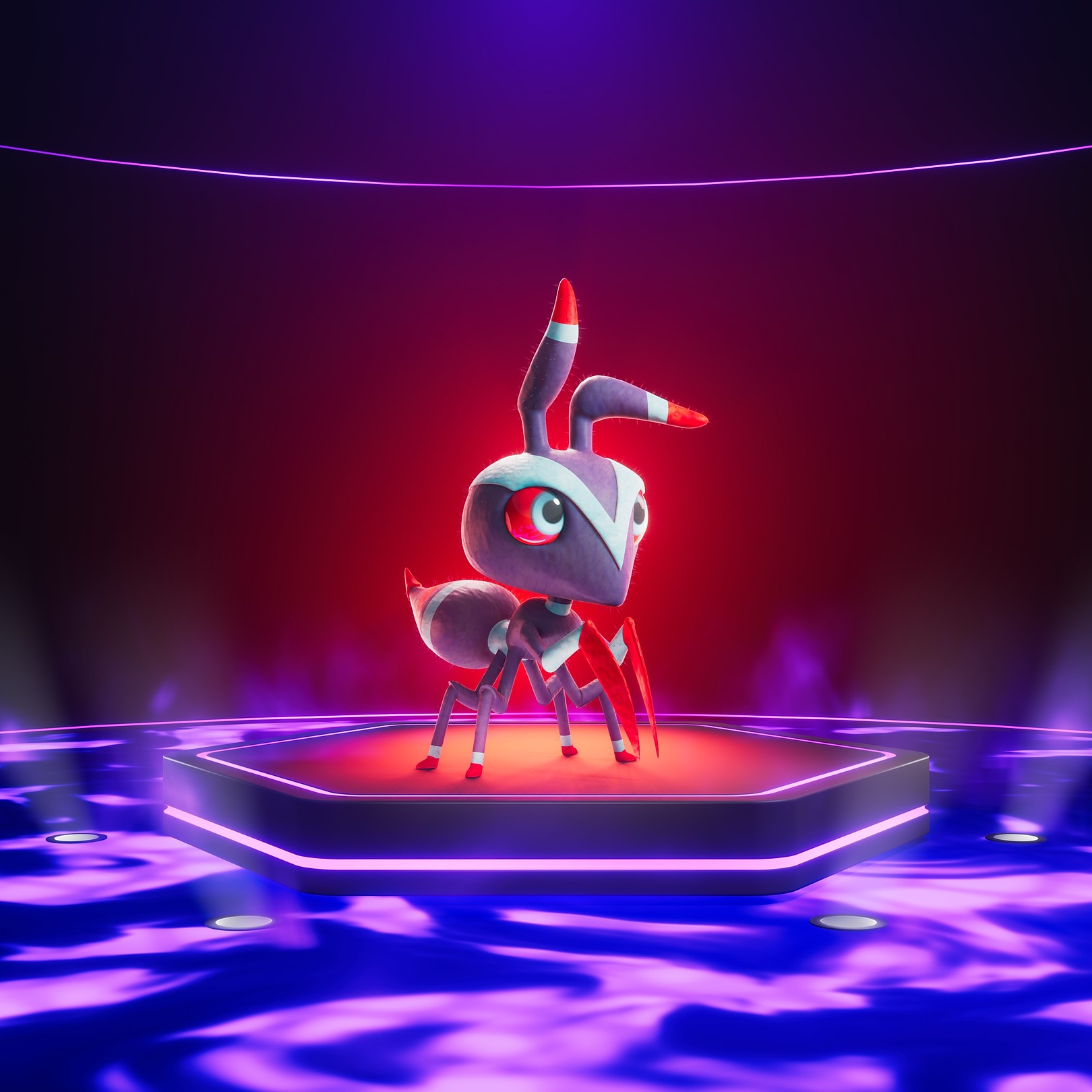 “From afar, towering over the ashen plains, you’ll see what looks like a volcano. From the peak, a dark mass moves toward the surface below.As you draw nearer, the mass becomes a crowd, and that crowd is a legion of gargantuan ants.”

- A description of Swarm Mountain, from the [Redacted]’s Saga of Fyrkerson

Antonies as a species are extraordinarily ruthless, not only to those competing for the same land and resources but even members of their own swarm. When they’re young, they’re about the size of a teenage human, and are rather cute looking. As younglings, they’re not particularly bright and follow authority with unquestioning loyalty.

As they age, their features grow more angular, their intellect sharper and they gradually begin exerting more control over other, younger Antonies. Only the oldest, biggest, strongest and most intelligent Antony rules the entire colony, and the further down the chain of command you go the more naive the Antonies are. To preserve their power, the elder Antonies use the young ones as expendable workers and soldiers.

However, Antonies can be freed from this oppressive social structure. Sometimes, humans have managed to take an egg and raise an Anthony away from a hive, and Anthonies raised this way don’t exhibit any such ruthless tendencies.

Physically strong and tough as nails, Antonies are formidable all on their own and when amassing in groups, virtually unstoppable. No one has even tried to suggest a feasible way to deal with the Antony hive dubbed Swarm Mountain, which isn’t really a mountain at all. It’s a massive nest, built from scratch by generations of Antonies over centuries. No one has seen the Antony that rules the swarm, but stories whispered in hushed voices around campfires tell of an Anthony so monstrous that it doesn’t rest in this artificial mountain, rather it rests on its back.