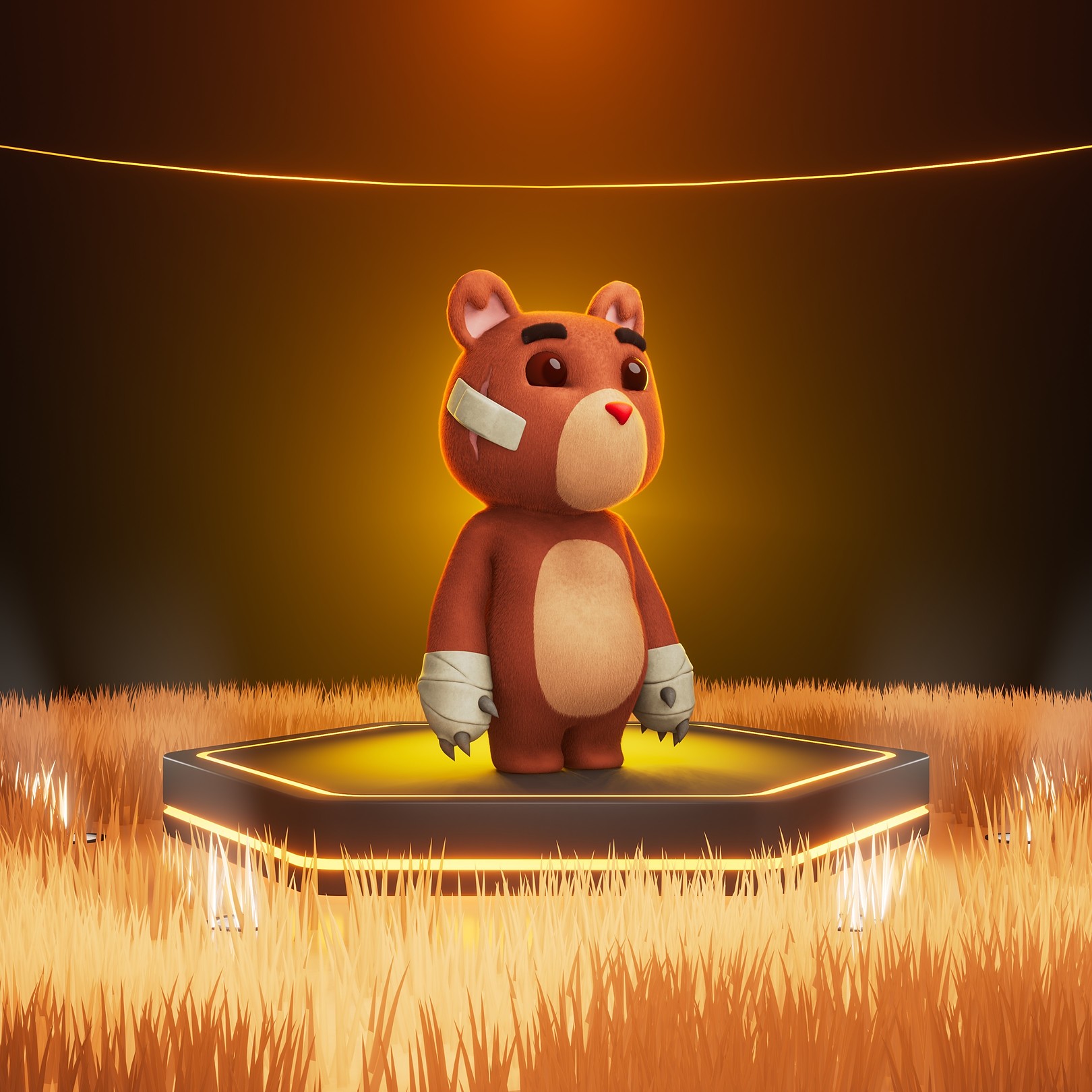 “Cute and cuddly? Sure, just remember that he punches hard enough to break bricks.”

Mr. Muffles is widely believed to be a spirit, like Marroh. The belief is that the spirit of a child who passed away possessed their teddy bear. They become a protector, safeguarding children in particular.

In appearance, they might pass for a regular, mundane teddy bear at first glance. But a closer inspection reveals sharp, hard claws, their paws wrapped in cloth much like those of a martial artist. Unlike Ghastly, Mr. Muffles' physical form can’t pass through solid objects and they often feature little rips and scuffs as evidence of the fights they’ve been in.

While a strong and devoted defender, Mr. Muffles won’t seek fights. They happily spar against other Pixelmon for practice, but other than that they prefer for things to be solved without violence. In a way, they have become an inspiration for children, giving an example of steadfast dedication to a cause yet refusing to abuse their own power when there is no need.

As with Marroh and Ghastly, Mr. Muffles don’t eat, sleep or drink. However, it seems that they seek affection, they appear to need companionship. Usually this takes the form of protecting one or a group of children, but sometimes they join grown adults as well. It’s thought that when this happens, it’s because the person they’ve found is related to them in some way, or that the spirit within knew the person while they were alive. Of course no one knows, and if it is the case that a human soul inhabits these bears, they never speak to confirm it. This is in fact the very reason they’re almost universally known as Mr. Muffles or a variation thereof, the [Redacted] in particular often call them “the Silent Bears”.

Not entirely unlike Marroh or Ghastly yet not entirely like either, Mr. Muffles tends to be found near or in human settlements, though it is a rare occurrence. Usually when found like this, they’re found along the paths that the kids might run along when they play, or anywhere else where they might be in danger on their own.

While opinions differ on what Mr. Muffles truly is, just like with Marroh, most common folk agree on these ideas. The concept of a brave little bear with the soul of a child standing up against any odds to protect others has a broad appeal, and it’s a subject represented in stories, songs, poems and other pieces of art in each of the tribes. In fact, the [Redacted] has a poem that tells the story of how a “little brave bear” dove into the sea to save a child who had fallen overboard.