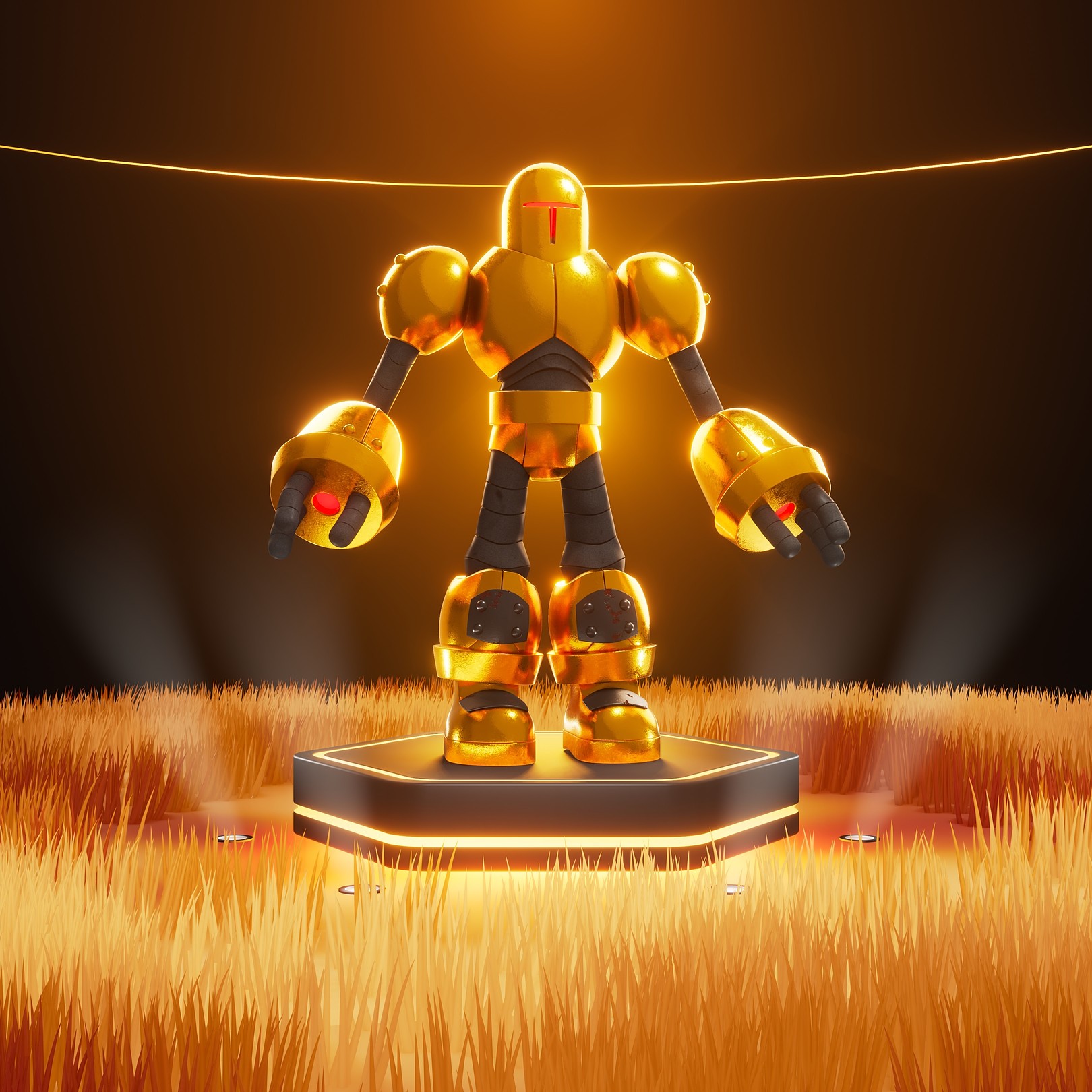 “To bond with a Grailon means to be as flawless of character and chivalric in virtue as their golden armour - Spotless, unmarred by cruel and wicked traits.”

- The Silent Language of Bonds by Peysso Smith

Grailons are widely considered to be the most awe-inspiring of the mechanoforms. Their stature, gilded armour coupled with their sheer might and skill has made them legends in their own right, and it is a legend well earned.

Typically found standing guard over particularly dangerous remnants of the old world that was before the [Redacted], simply seeing one involves an arduous challenge in and of itself.

Found in all manner of climates, they uphold their duty by turning away any who would seek to gain whatever it is that they guard. Despite their might they’re not prone to violence, and will try to discourage would-be explorers and looters by barring their way, or creating loud, terrifying sounds to scare them away. In terms of identifying one, they cannot be mistaken for anything else. Tall, humanoid machines standing upright, plated in gold from head to toe barring a darker alloy along their arms and legs. Their heavy hands pack a devastating punch in the literal sense, and their weight makes their very form a weapon. Few things can stand up to being slammed into by a charging Grailon.

Culturally, the tales and songs of the [Redacted] sometimes feature a Grailon as a protagonist or antagonist. Either a valiant knight battling Vulcanos to keep the lands safe from their rampages, or as the wise, immovable guardian that frustrates a would-be explorer but ultimately imparts some of their own wisdom. Some consider them to be good examples to follow, a noble spirit who never fights for their own gain.

As with all other mechanoforms, no one truly knows where they came from. The most common belief is that they were all constructed by humanity before the [Redacted], and some even see them as evidence of it. After all, all other mechanoforms serve some type of peaceful purpose, but Grailon was clearly built to battle. The implications thereof are many, and often grim.