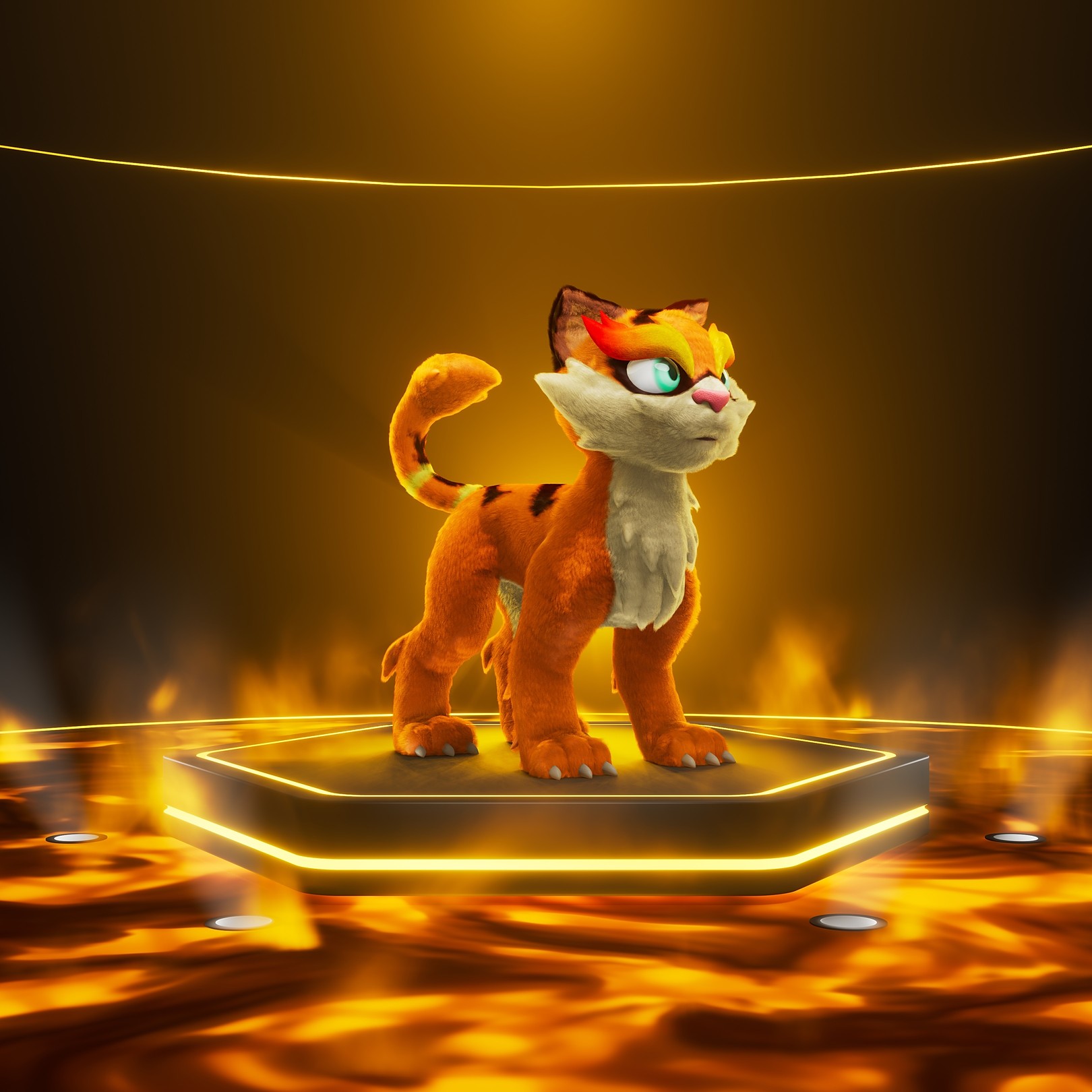 “You’re proud like a Byrus, kid! Let’s see you earn that confidence!”

Byrus is possibly the single most arrogant creature under the sun, second only to some humans of course. Fast, elegant and graceful, these fiery felines can move at bewildering speeds to dazzle and confuse their foes, but they’re really just doing it to show off just how quick and nimble they are.

Nothing typifies this more than the story called The Florasaur and the Byrus, a true classic of [Redacted] culture. It tells the story of how the arrogant Byrus is challenged to race a slow, lumbering Florasaur. It gets an early lead, but then squanders it all by spending its time showing off to various onlookers. By the time it realises that the Florasaur could win, it’s too late for the Byrus in the story to catch up and the Florasaur ends up winning.

That exact story is just folklore of course, but Byrus truly are astonishingly prideful animals. They never back down from anything and yet they’re so confident that they’ll be the best at everything they try that they never plan ahead.

In fairness, much of that pride is earned. On land their speed is truly second to none, they’re quite intelligent and capable of great, pouncing leaps to take down their prey. Usually solitary they’ll sometimes gather in small groups, fittingly known as prides, to hunt larger prey. These prides have been known to take on Florasaurs on rare occasions, and these battles in the wild are truly something special to behold.

This isn’t to say that they’re feeble on their own, for their viciously sharp claws and powerful bites can pose a significant threat to anything their own size or smaller, and thanks to their intelligence allowing them to perform hit and run tactics, they can gradually weaken more powerful foes over time and then deliver the finishing blow with a precise pounce.