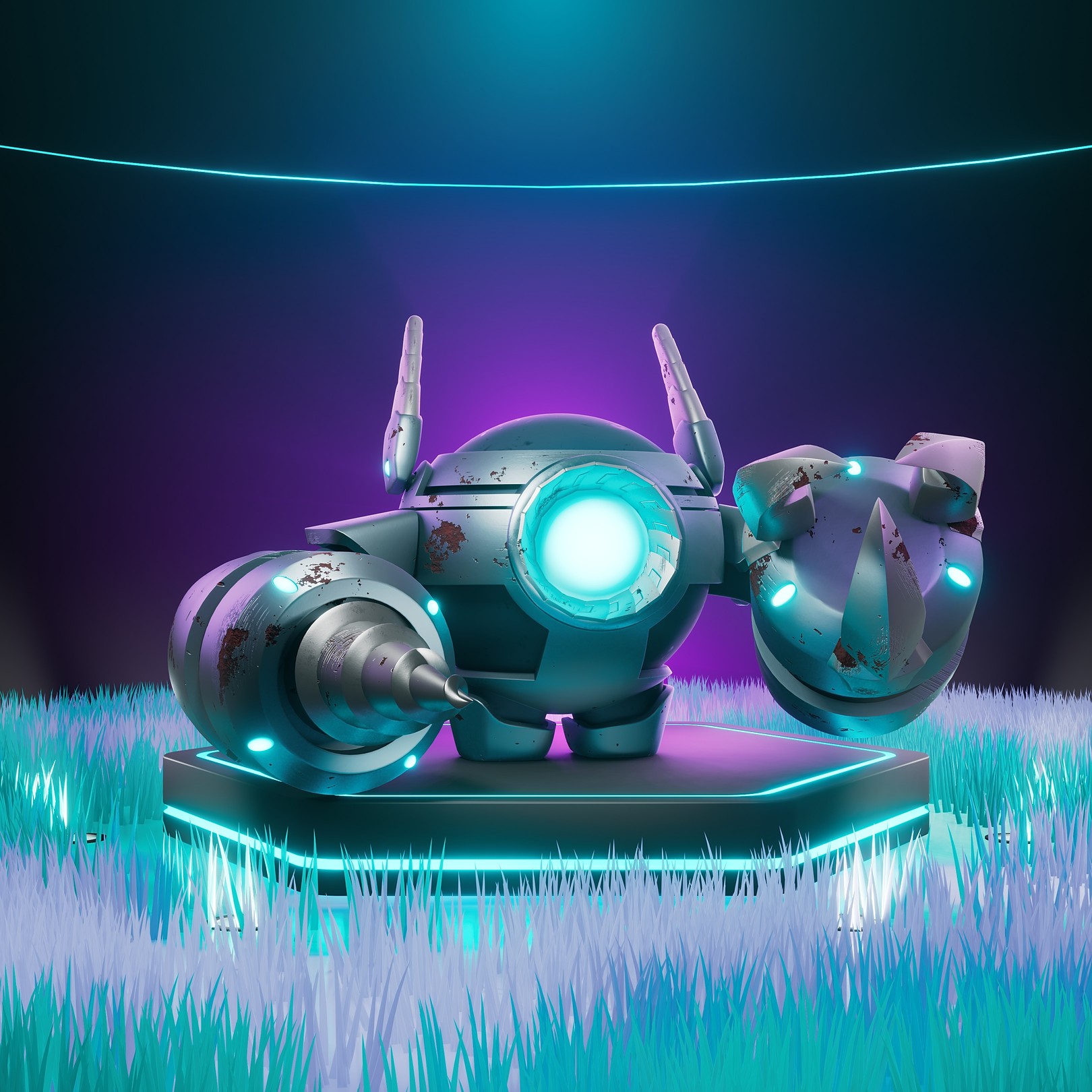 “I’ve never seen the expression ‘like a hot knife through butter’ exemplified so well.”

Molers are likely the finest excavators and diggers in [Redacted]. These bulky mechanoforms feature powerful earth moving equipment, a fearsome drill and a monstrous claw which they use to haul larger blocks of stone or loose earth out of the way.

Their frames are fairly short but broad, their strong construction making them remarkably suitable for their task. While most have dozens of dents and scratches, none of these seem to impact their ability or lessen their strength in any way. At the centre of this frame sits a single, large lens through which they perceive the world around them, presumably in many spectrums beside just visible light as the tunnels which they excavate have no light sources at all.

As with all mechanoforms they have a predefined purpose, the purpose of the Molers being more obvious than most others. The why behind that purpose though, that’s a whole different matter. Regardless of what the why may be, the Molers tirelessly excavate immaculate networks of tunnels and underground dwellings that would be suitable for human habitation, given proper ventilation and supply of basic necessities. Some of these tunnels that are close to the surface do end up inhabited by humans, so in a way the Molers still serve their ancient function.

Less mobile than most other mechanoforms, the Molers do face an issue on the rare occasions that they do suffer severe damage. Less able to repair themselves due to their specialised equipment and unable to fly, they’re dependent on being found by a wandering Hubb-L or brought to The Steelyards by sympathetic humans. Once repaired however, they get right back to work as if nothing had happened, carving and tearing away at earth and stone with their drill and claw.

A final note about the Molers in particular is their ability to cross oceans, despite being utterly unable to swim or fly. Sinking like a stone, they simply walk across the ocean floor, appearing to know where the shallower regions are which allows them to avoid the crushing pressures of The Great Deep when moving between continents.