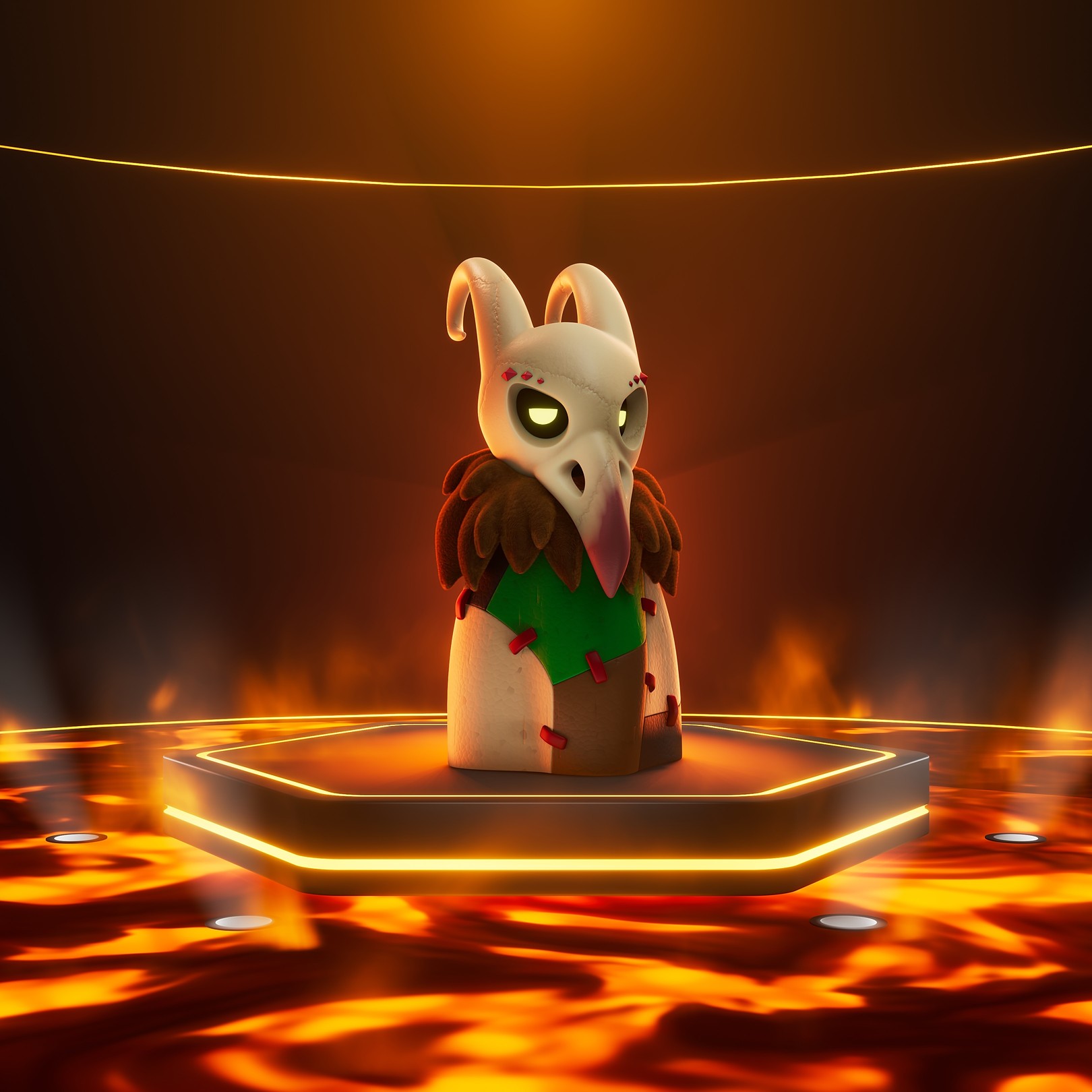 These shamanistic spirits appear to be the fiery counterparts of Teeki, either the source or consequence of some ancient magic practised long ago. Just as with the Teeki and their masks, the garb and rituals of the Sharmen appear linked to fragments of recovered history and lore belonging to tribes of humanity that were largely gone even before the [Redacted].

These spirits inhabit the horned skulls of some unknown animal, their formless bodies shrouded in a ceremonial patchwork made by unseen hands. Most of the time they are quite still, standing like totems in places with a significance that only they may know. Some believe that the Sharmen can influence the weather with their rituals, citing the fact that they tend to exist right on the edge of regions with regular, stable weather patterns where they suddenly deteriorate into more chaotic, unpredictable climates. Whether or not there’s any truth to that is difficult to say, but the villages and towns that happen to be near Sharmen populations appreciate their presence all the same.

Twice a year, once during each solstice, the Sharmen will journey across the world to gather at [Redacted], where they will spend the entire night dancing, chanting and singing around the rim of the caldera. Then, once the solstice ends, they will disperse and return to their homes, returning to their local ritual habits.

Sharmen are rare in that their chants sound like actual words rather than undefined sounds like growls or snarls. Their language has not yet been deciphered, but there is a general sense of optimism among the scholars of the [Redacted] that one day their language will be decoded, and they will be able to speak directly with these peculiar Pixelmon.

Another strange behaviour of theirs is that sometimes, a Sharmen will enter a human settlement and approach a person, seemingly at random. They will then recite a chant, the same chant regardless of the Sharmen, the person they’re speaking to, the time or the place. Once the chant has been finished, they will accompany the person, and some believe that to be chosen in this way, whatever the reason may be, is a great honour.