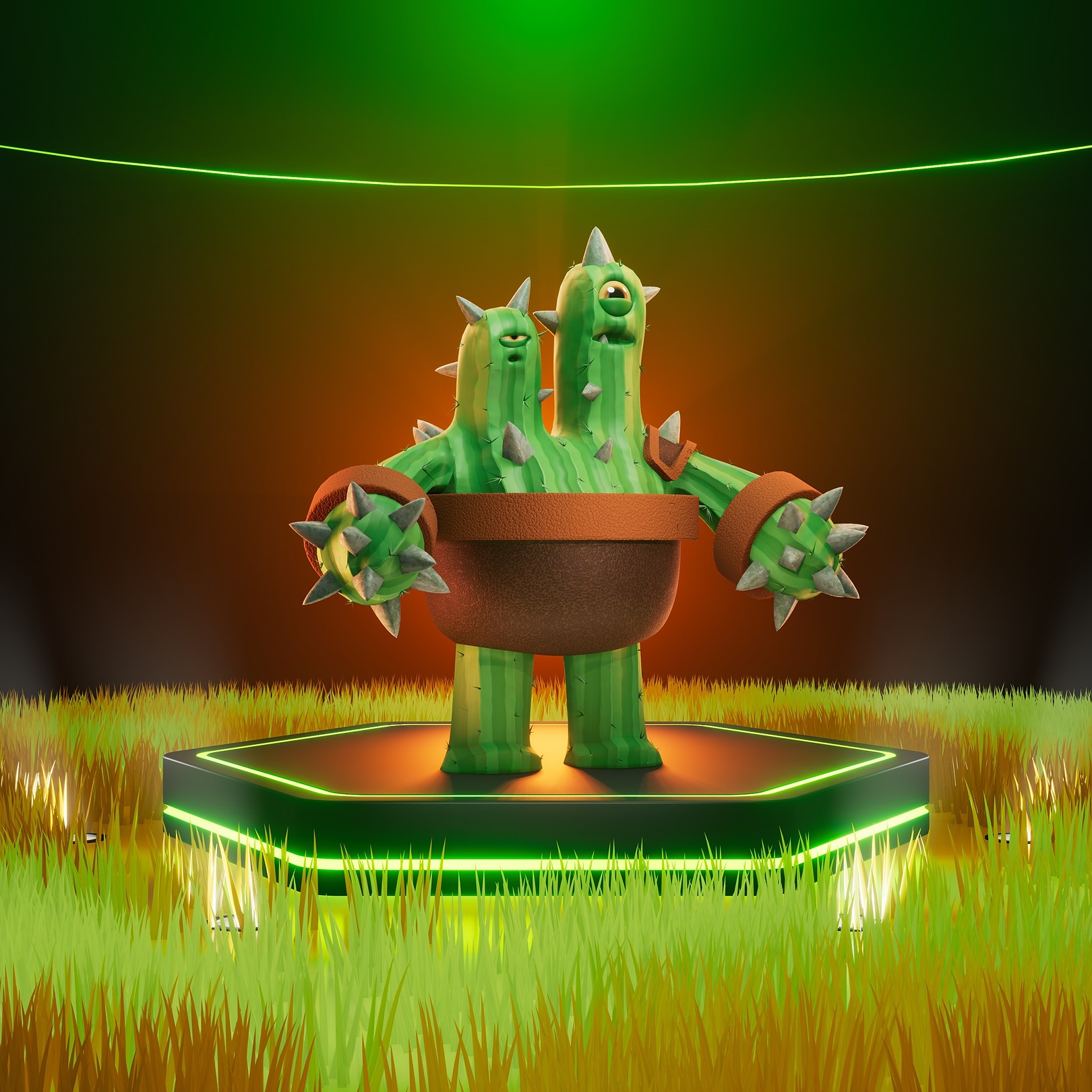 “Double the spikes of one, but half the brains.”

The Cactwo is a fairly comical sight, a set of conjoined cacti-looking cyclopean plants in ceramic, flowerpot-like armour. With two necks and heads, these creatures are typically considered to be quite stupid, this reputation being especially common among the [Redacted]. Despite this reputation, which is well deserved, the Cactwo are capable in other ways. What they lack in brains they make up for with brawn, their spiky fists able to ruin the day of nearly any detractor with a few well-placed punches.

Socially, Cactwo stay far apart from others of their kind, presumably annoyed enough as it is by their better half. They’re rather ill-tempered and quick to violence, always happy to find another fight to sink their spines into. While their lacking intelligence means that they don’t fight with any fancy or clever tricks, they don’t need to be clever if their opponent ends up unconscious on the ground. If they do, they don’t do all that much scheming either, after all.

As far as habitats go, Cactwo prefers the open, dry regions of the deserts, occasionally visiting an oasis for a quick drink. Once they’ve had their fill of water, they can survive for months in the desert sun without issue, the scorching heat of the air and the sand on which they walk not troubling them in the least.

Despite of, or perhaps thanks to its stupidity, the Cactwo has become oddly popular in stories, often portrayed as dumb, fight-loving brutes with a heart of gold deep down. If the real things have such a heart it’s hard to say, but what can be said is that while their fighting style is direct and brutal, they’re never cruel. Once their opponent is down and out, they don’t take the opportunity to kick ‘em while they’re down.

Some believe that a Cactwo that finds inner peace will bloom, its mind expanding far beyond what they were originally capable of as a humble Cactwo. No one has ever seen one of these, but it’s a heartwarming and popular idea that many hope will be proven true one day.