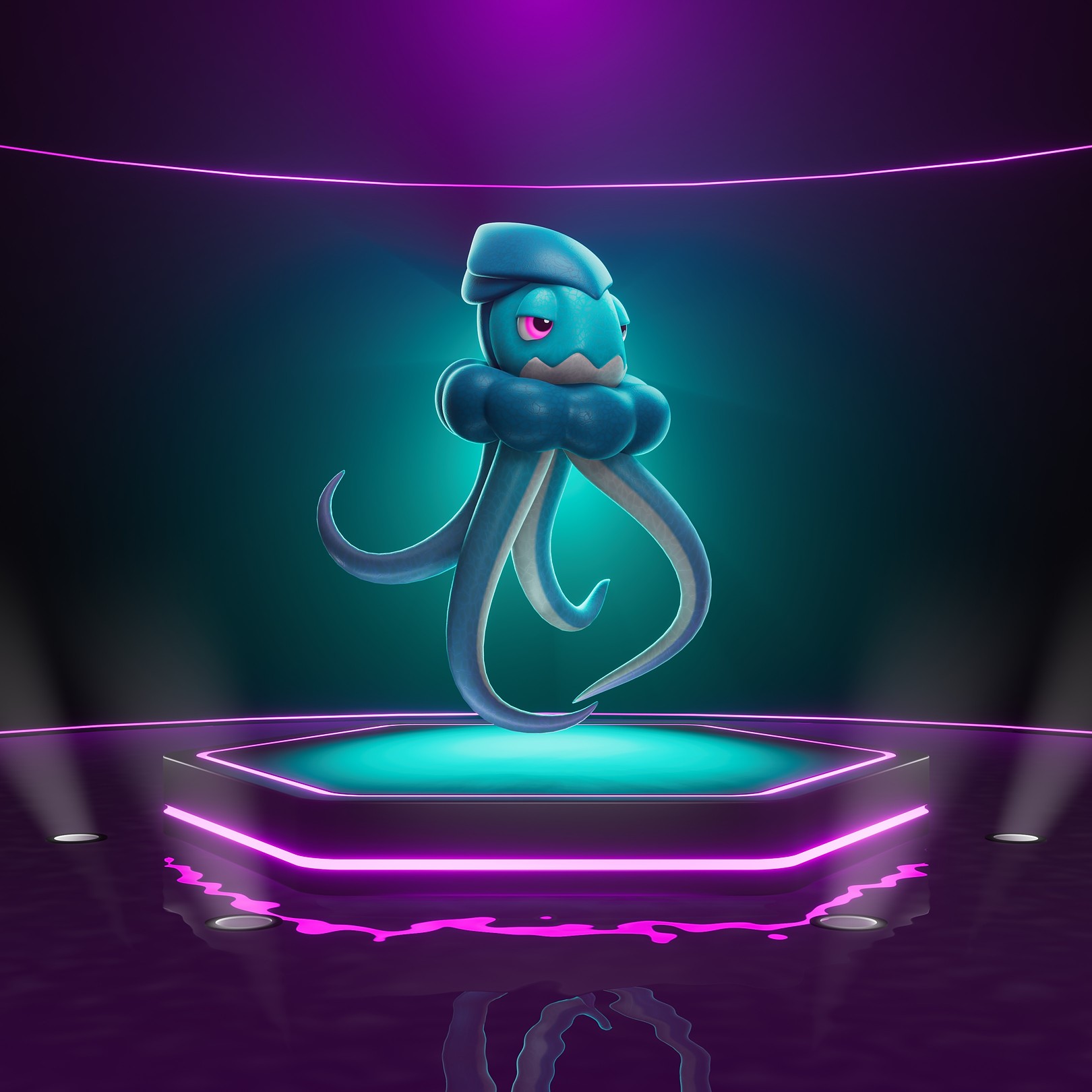 “Wait a minute, that’s not a Killamari…”

Fourticles, often mistaken for a Killamari by novice fishermen, are similar at a glance. A small body with four tentacles, living exclusively in oceans, but that’s really where their similarities begin to end. Fourticles has a skull, its eyes have eyelids and the mouth is at the front of the body rather than at the base. Its colouration is far more subdued, muted light and dark blues. It has a bony crest atop its head and a collar of spheres around where the body transitions into tentacles, and those tentacles have no suction cups at all.
‍

Another key distinction is that Fourticles doesn’t possess a mind anywhere near as sharp as Killamari’s. This, in combination with being far more common than the Killamari in the first place, means that Fourticles are trapped in nets far more often than Killamaris.
‍

Socially, Fourticles are more likely to gather in groups than Killamari, and those groups are more likely to stick together once they have been formed. Unlike their rarer counterparts, Fourticles are quite happy to spend their time in shallow water, even as adults. They’re fast and agile, capable of quick turns to weave their way through reefs and other underwater obstacles. While they’ll often venture into open water, they never delve the depths to the same extent that a Killamari or a Leviathan often do.
‍

Fourticles have a curious combination of abilities that would potentially allow them to wander into inland freshwater, such as rivers and lakes. They breathe air rather than water, coming to the surface to breathe, and they’ve been found to be able to survive in freshwater tanks when held in captivity. While none have ever been caught in a river or lake, they could potentially swim up a river and spread from there, and even cross short stretches of land to move between different waters. They are tragically slow on land however, dragging themselves along like a lazy mop across the ground.
‍

Fourticles are believed to be the favourite prey of Leviathans, and this may perhaps explain why some choose to live in shallow water where the Leviathan can’t hunt them. Even if the Leviathans eating the Fourticles isn’t the main reason, this choice means that they don’t have to compete for food against the Leviathans or the Killamaris, which has undoubtedly helped the Fourticles in the long term.
‍

Culturally, Fourticles are a common motif in [Redacted] art, often depicted in decorative wood carvings along the railings, keels, and other fixtures of their ships.