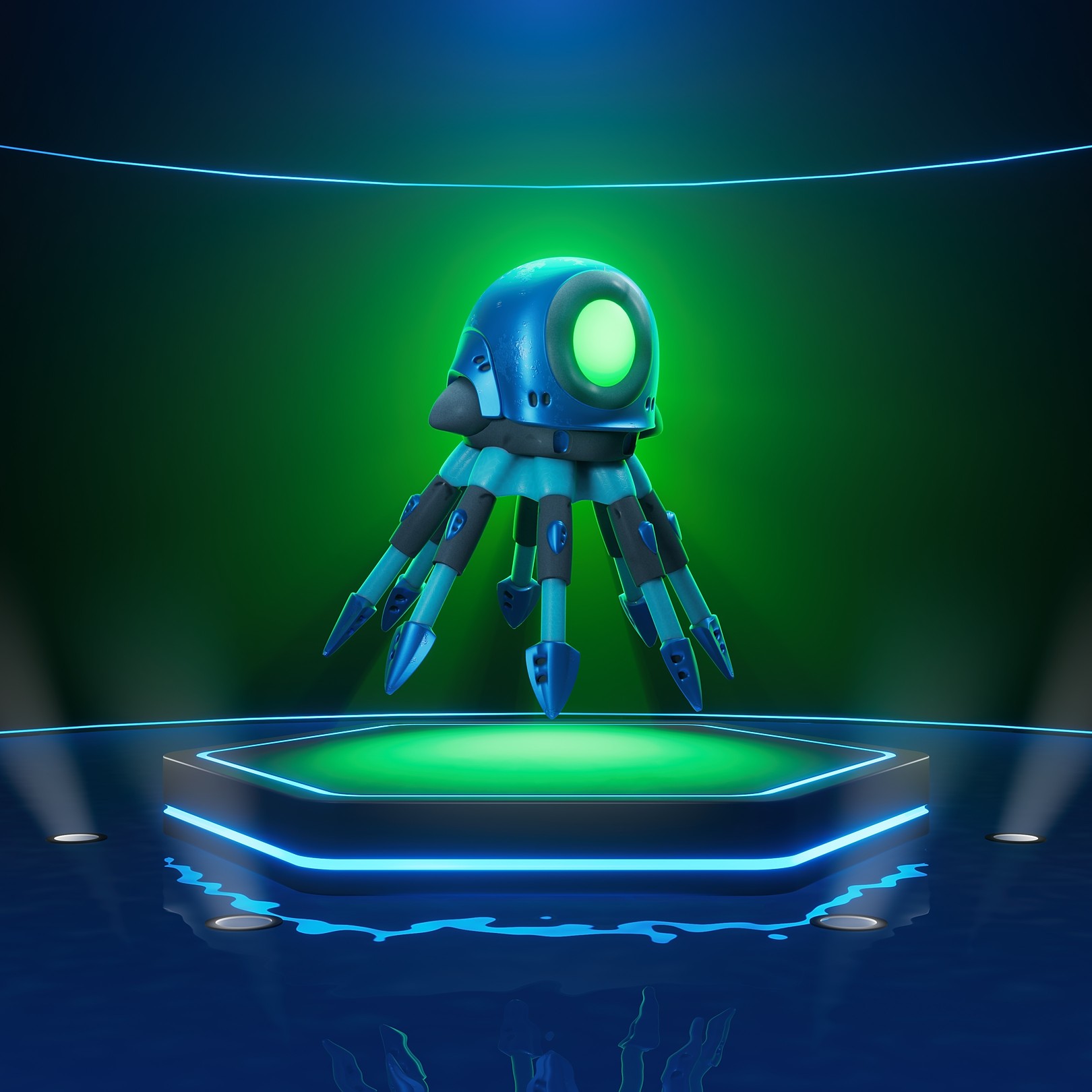 Octopod is a mechanoform, similar to others like R7N3 and H.O.V.R, although specialising exclusively in the water. Never found on land or in the air, these Pixelmon use their large eyes to observe underwater life and environments, mechanical explorers adventuring through the waters of [Redacted].

They often travel in groups, ranging from a single pair to several, but this behaviour is most common in the ocean. In lakes and rivers, they’re almost always solitary. Why they make this change in behaviour no one knows, but some speculate that the groups in the ocean cooperate to document the sea in more detail and over greater distances than any single one of them could.

Like most other mechanoforms, the Octopods aren’t aggressive and will generally leave other creatures and humans alone. Sometimes they’ll hitch a ride by latching to the bottom of human ships much like a Killamari might, but for the most part they keep out of the way and stick to their task.

Given that they’re made of metal and don’t compete for prey, Leviathans will even allow Octopods to enter The Great Deep undisturbed, as the Leviathans don’t see the Octopods as a threat or food. They’re simply an occasional part of life underwater, arriving and then moving on before long, swimming away to explore some other part of the aquatic world beneath the waves.

On rare occasions, Octopods will wash up on shore and no one really knows why. As they’re mechanoforms this doesn’t harm them, but they usually struggle to make it back into the water. It’s been noted that they will sometimes form bonds with humans who help them back into the sea, and if such a bond is formed they will often return to the site where they first stranded. Sometimes, when they’re stranded in this way, an R7N3 may spot them and either return them to the water or bring them to The Steelyards, where the Hubb-Ls can upgrade the Octopods to move through air as well. Though the result of this modification is quite clumsy flight, it doesn’t appear to impact the Octopod negatively in any other way.