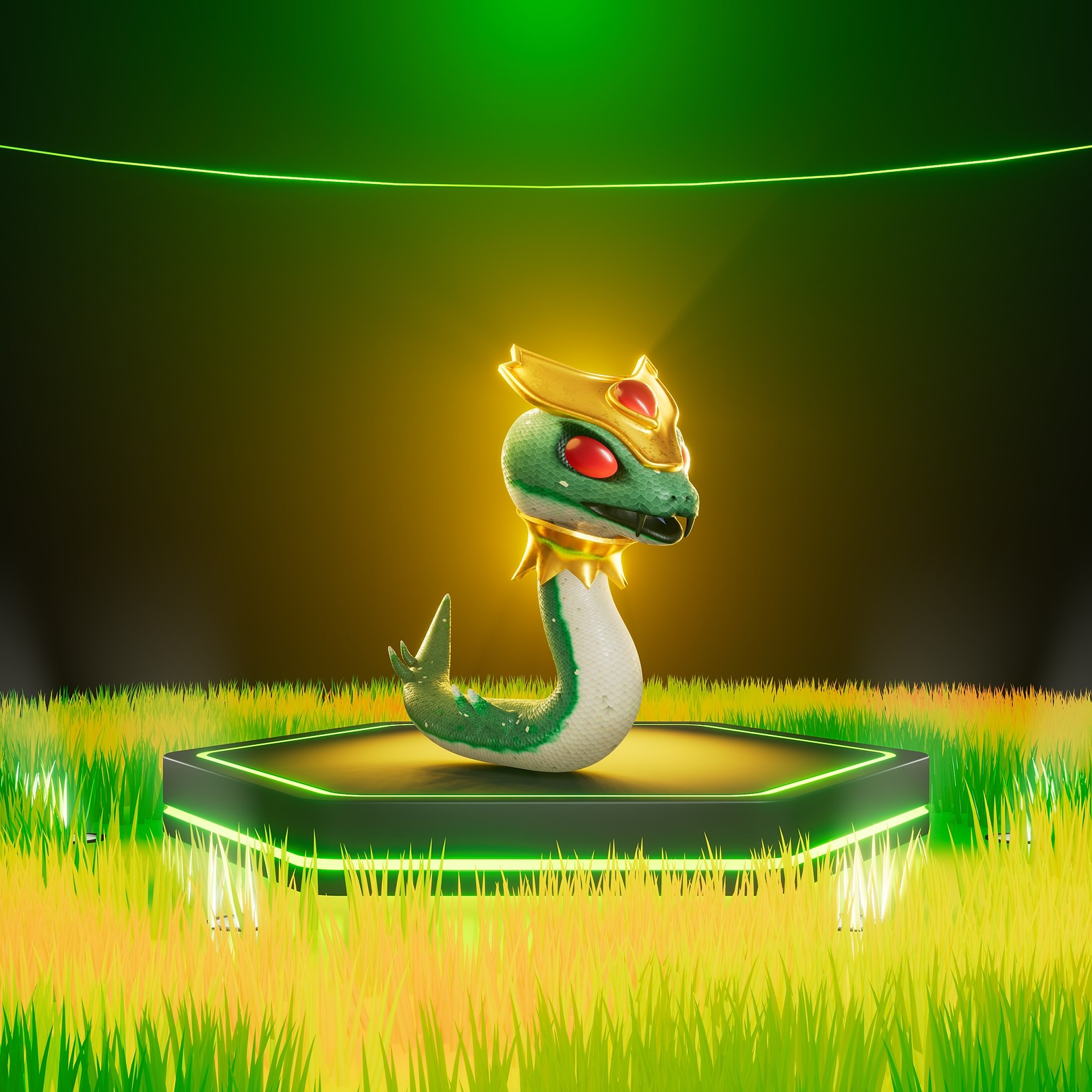 “How does a Slyth get from place to place? It Slyth-ers!”

The Slyth are a species of serpents native to the forests of [Redacted], and while they have been sighted in the fields surrounding the woodlands those sightings are rare. Their heads are decorated with a golden crown with a red gemstone set in the metal, as well as a golden collar at the base of their heads. Their eyes are red much like the gemstone, while the scales on their bodies vary from a light green to a pale beige.

These gold details lead many to consider the Slyths as the messengers of Behemoths. A common belief among the [Redacted] is that if a Slyth is seen, a Behemoth is nearby, the Slyths supposedly bringing the Behemoths information of all that happens in their domain.

Majestic creatures in their own right however, the Slyths are thought of as wise and sage-like figures, offering wisdom to the humble and venom to the arrogant. Whatever wisdom they may have is uncertain, but the potency of their venom is notable. Causing severe pain and muscle cramps, it’s best to avoid being bitten by a Slyth.

When preparing to hunt, they have been known to smear their gold with mud, to better hide in the undergrowth. There they either lie in ambush or prowl at a slow pace, quietly slipping across the forest floor in search of their next meal. They don’t hunt often, for when they have fed they can go for weeks without eating again.

While they tend to hunt alone, they will often rest as a group, a tangled mess of Slyths huddling together to preserve their body heat. As they don’t produce their own body heat, they rely on the sun and tactics such as these to preserve their energy. If they lose too much of this warmth, they grow slow and lethargic. Given heat and time they’ll recover, but generally they go to great lengths to maintain their body temperature, even if it means searching for days to find a way to cross a stream without swimming through it.

When living in the deepest reaches of the forest where the sun rarely reaches the ground, they’ll usually spend their mornings climbing trees and basking in the sun on a suitable branch. Some even find favourite branches that they’ll return to time and time again, and sometimes they’ll even share the locations of these branches with other Slyth as a gesture of friendship. While slow to form social bonds, when they have been formed they last for life, whether it is a bond between Slyth or a Slyth and a human partner.